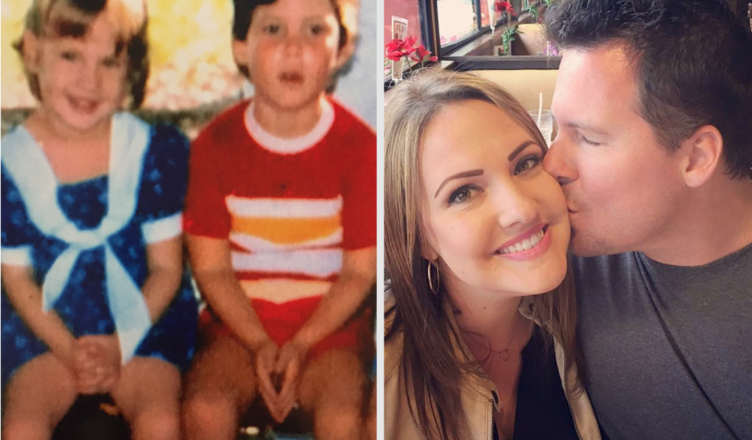 The saying “love finds its own way” would seem like an old cliche to many people, but it holds true for these two sweethearts who reconnected 30 years after they were each other’s childhood crush.

On match.com, 33-year-old Justin Pounders met the woman who would become the love of his life, Amy Giberson, and fell in love with her at first sight. Justin said, “I can’t describe it, but I knew I wanted to get to know this girl.”

When Justin joked that he liked Amy’s name because he had a crush on a girl with a similar name when they were in preschool, it wasn’t until a year later that it was revealed that the two had been together for a very long time. 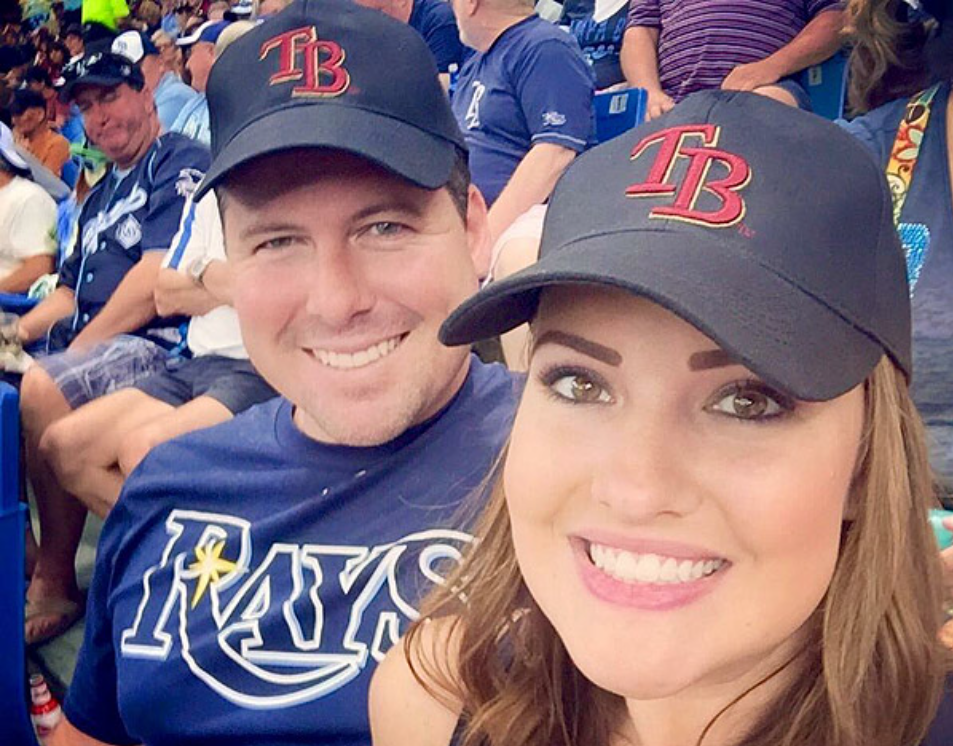 At that point, Amy and Justin both had the insight that they had attended the Sunshine Preschool in St. Petersburg, Florida, back when they were both children, at the same time.

Later on, the pair requested their parents to search out old photographs of them when they were younger, and it came out that the girl who had a love on Justin was really Amy! 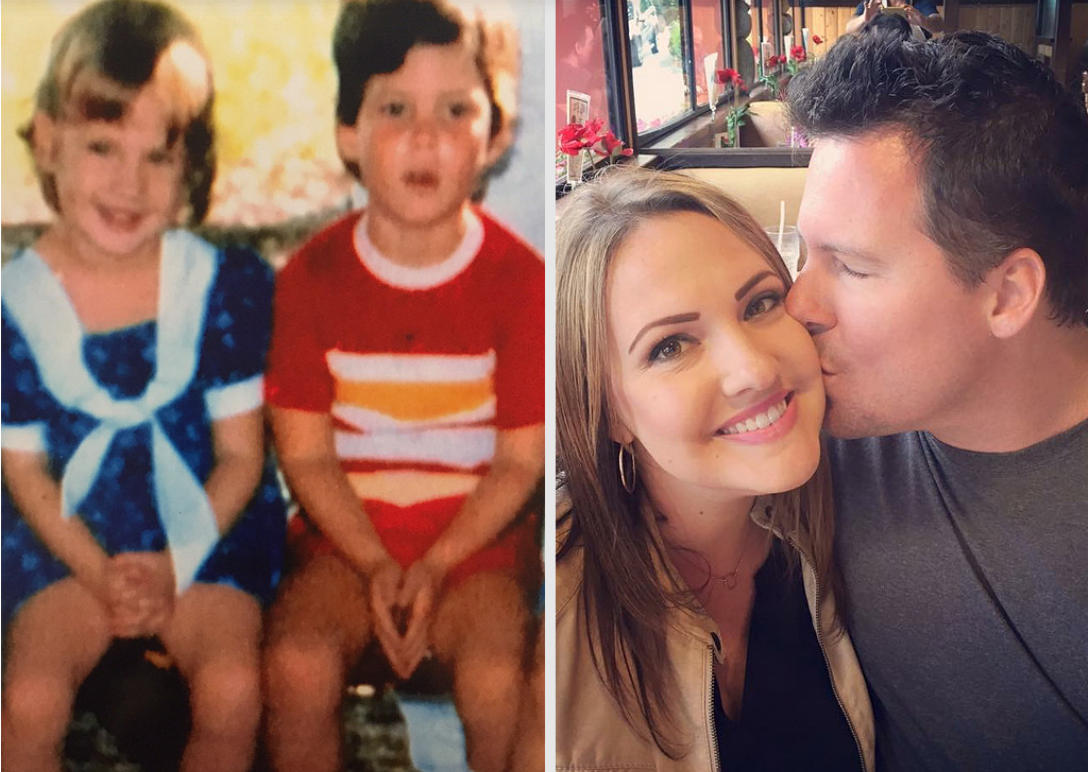 “Justin’s mother discovered a picture of the two of us together, and I immediately burst into tears of joy. I was really happy.  There was no doubt that it was meant to be,” Amy said.

Amy and Justin’s tight friendship began when they were just 3 years old, but they had no idea that it would lead to a relationship that would last a lifetime 30 years later. 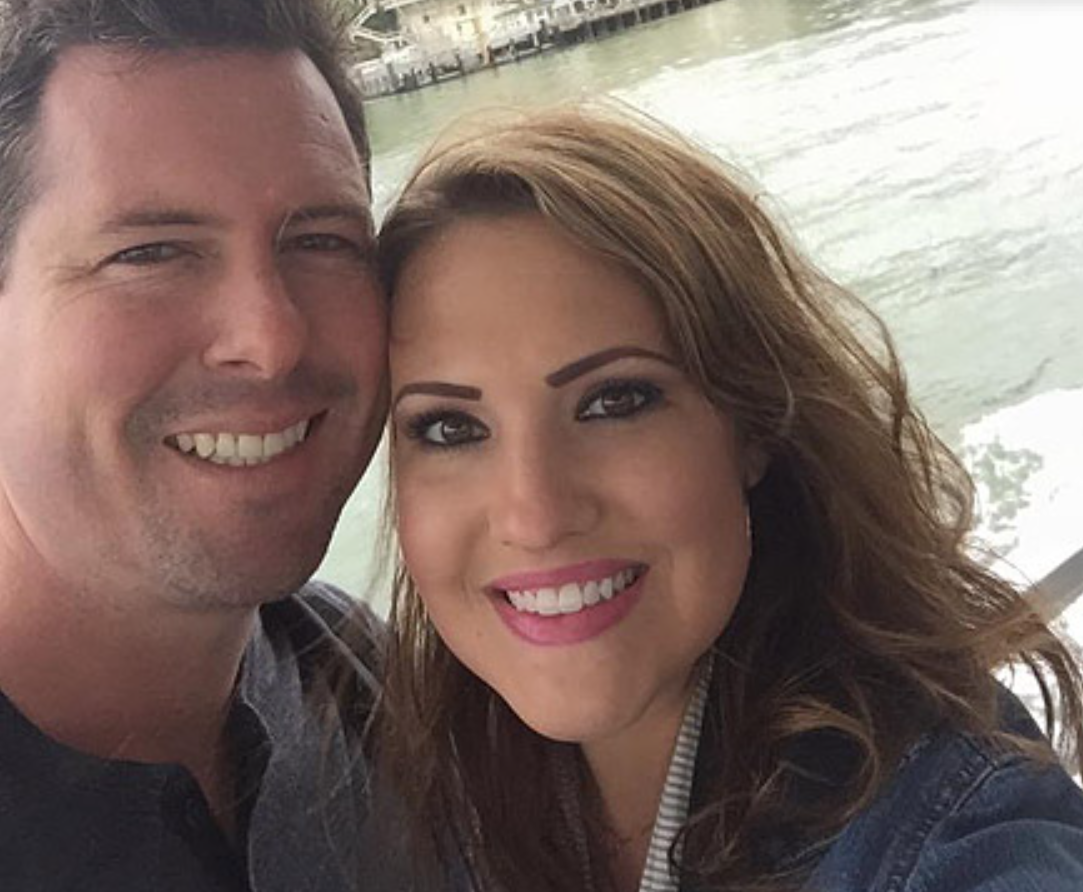 Justin said that “someone or something determined definitively” that the two of them weren’t destined to reunite until the present time.

“We were just a hair’s breadth away from discovering each other the entire time, but we held off until it was the proper moment. And with that, we’ll wrap.”