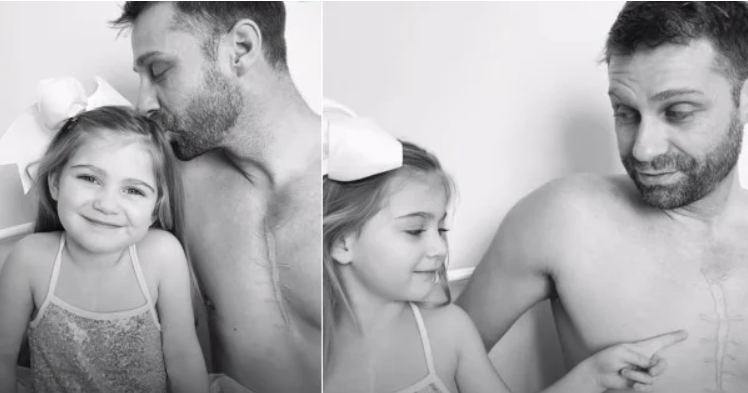 Everly “Evie” Backe,  who is now 4 years old, had her first open-heart surgery in August 2017, when she was only 3 days old, even though, the procedure was successful, but she required more procedures in the following months.

Her family refers to the scarring on her chest as her “zipper.” and her father, Matt Backe, desired to have a scar like his daughter Evie’s so that the two of them might be “zipper friends.” 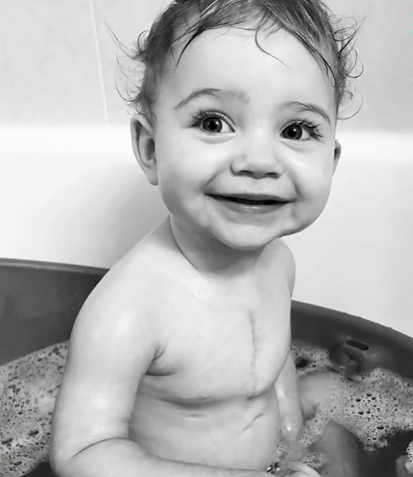 “My daddy got a tattoo like my zipper so that I don’t feel alone…and he wants to be special like me,” Evie added.

After Matt had told the rest of his family about his intention to get a tattoo, they decided to give him a gift for a nearby tattoo shop as a surprise. And after it was all said and done, both the father and the daughter felt that the tattoo had turned out just as they had hoped it would. 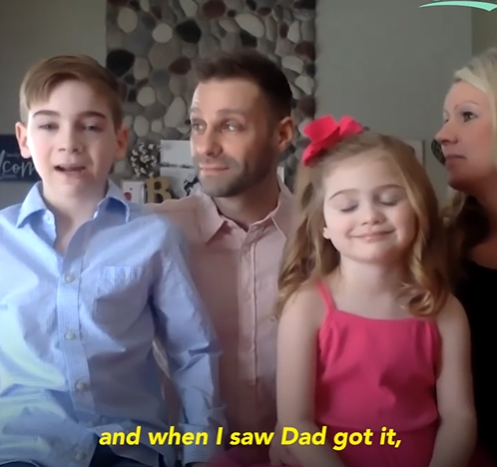 Matt expressed his happiness by saying, “It truly makes me pleased that they look the same.” 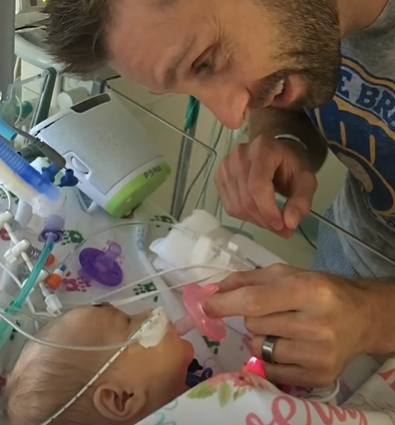 According to what Lauren had to say, “She spent a lot of the first 13 months of her life in and out of the hospital, however, we are thankful that they taught us a great deal so that we could also be successful at home.”

These days, Lauren and Matt volunteer their time to assist other families whose children have been born with congenital cardiac abnormalities. 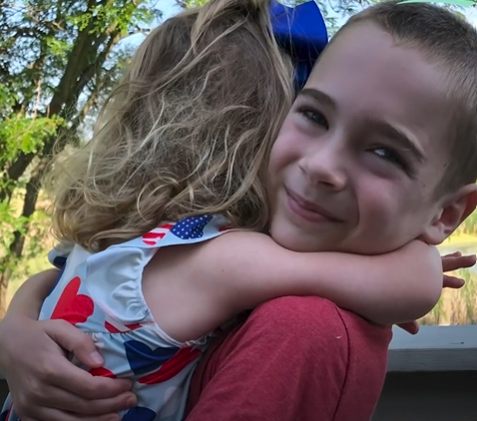 Lauren mentioned that it is essential to both her and her husband, Matt, to attempt to assist other CHD families.

In the same way that Matt didn’t want his daughter to feel alone because of her surgical scars, this pair wants to make sure that other parents who are going through something similar to what they did with Evie don’t feel isolated.