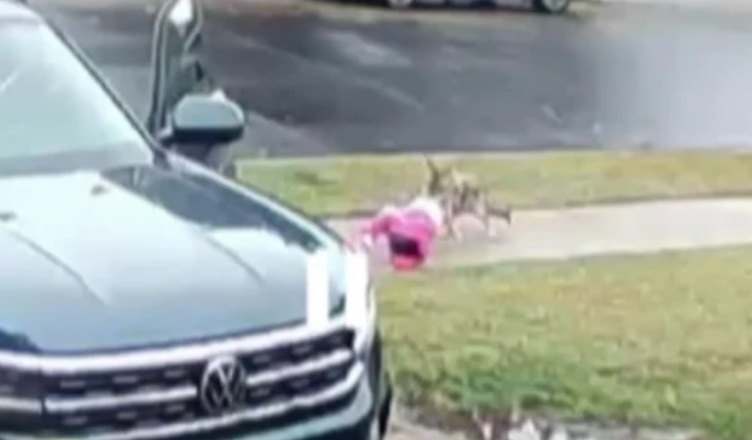 When the animal appears out of nowhere and begins to go after the little girl, a loving father steps in to protect his child from the coyote. Coyotes are often quite wary of humans and will go to great lengths to stay away from them whenever possible.

In contrast, a bold and opportunistic coyote can be seen chasing a little child who is just two years old in the middle of the day in a chilling video.

When a coyote comes running up the street, the video shows loving father Ariel Eliyahu helping his daughter out of the vehicle as the animal approaches.

While Ariel is preoccupied getting a toy out of the vehicle that his daughter desired, the coyote takes a split-second decision to grab the small girl by her fluffy pink coat in order to try to yank her away from him!

Her cries rapidly attract the attention of her father as she is being dragged across the pavement and the street by the wild beast.

He quickly snatches up his cherished little child and carries her inside the house before rushing out into the yard to get a piece of wood.

This unsettling experience very well may have resulted in a terrible outcome if Ariel had not responded as fast as he did.