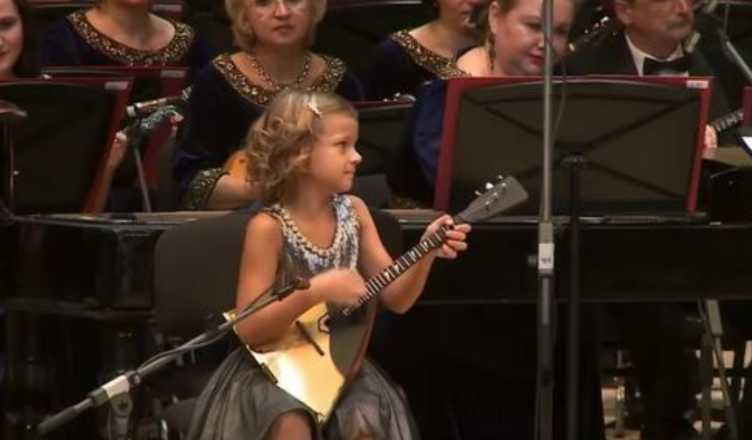 A girl named Anastasia who was only seven years old stunned the audience with her rendition of a traditional Russian folk song called “Valenki.”

During her time with the National Academic Orchestra of Russian Folk Instruments, she stood out as the lone kid among the adults since she played all of the instruments. 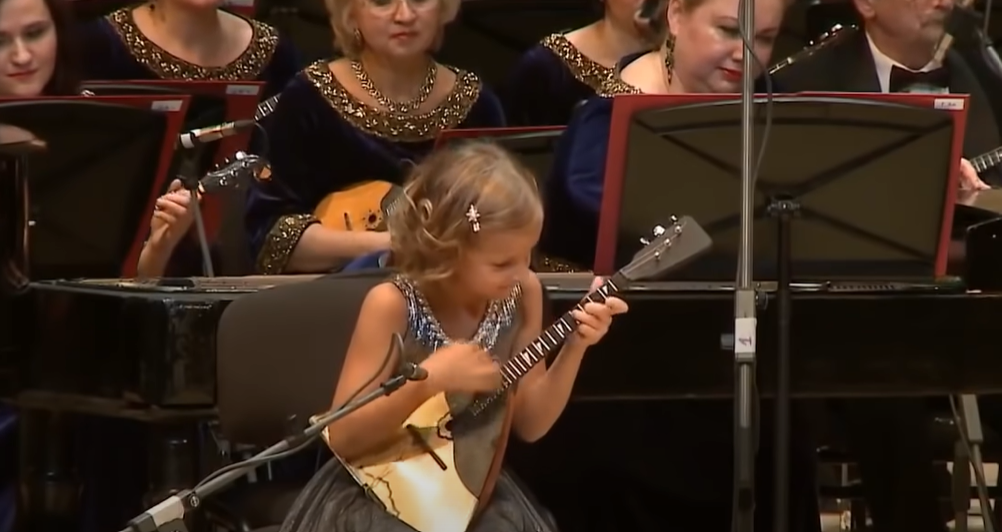 When the concert started, the orchestra was positioned on stage in a strategic manner, with each member holding their instrument while sitting. Anastasia was honored by having a seat in front of them, giving the appearance that she was directing the whole performance.

A Russian balalaika, which is triangular in shape, was in the hands of the little girl, who was just seven years old. 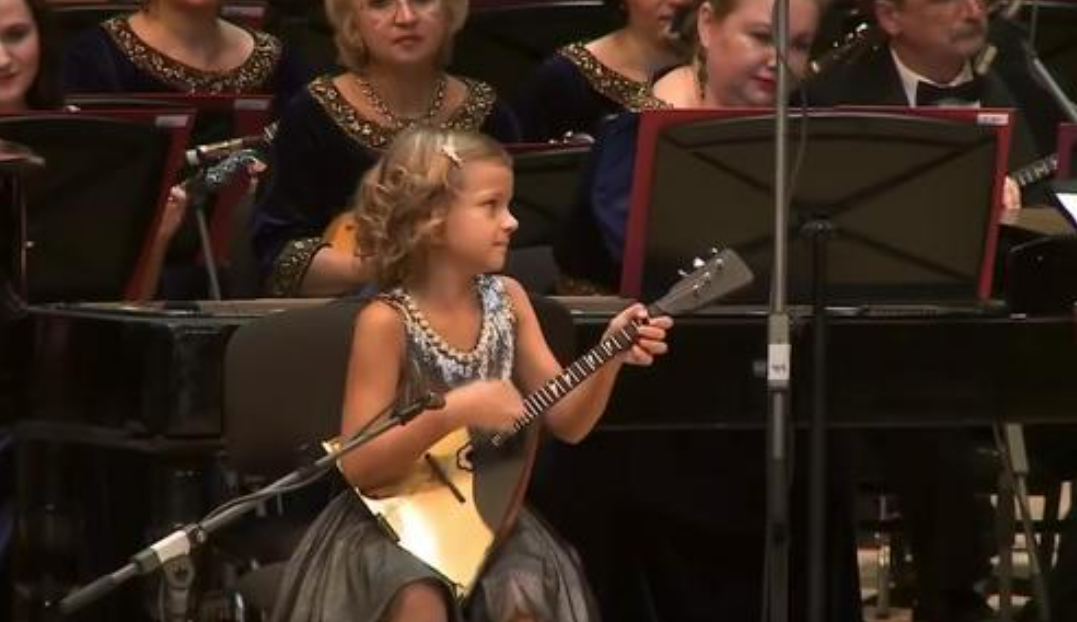 The conductor used his arms and fingers to indicate to the orchestra to be ready at the beginning of the movie chronicling Anastasia’s performance.

After playing the balalaika by herself for a few seconds, Anastasia then led the orchestra into playing the beginning tones. The orchestra participated by adding a variety of tones and instruments to the mix. 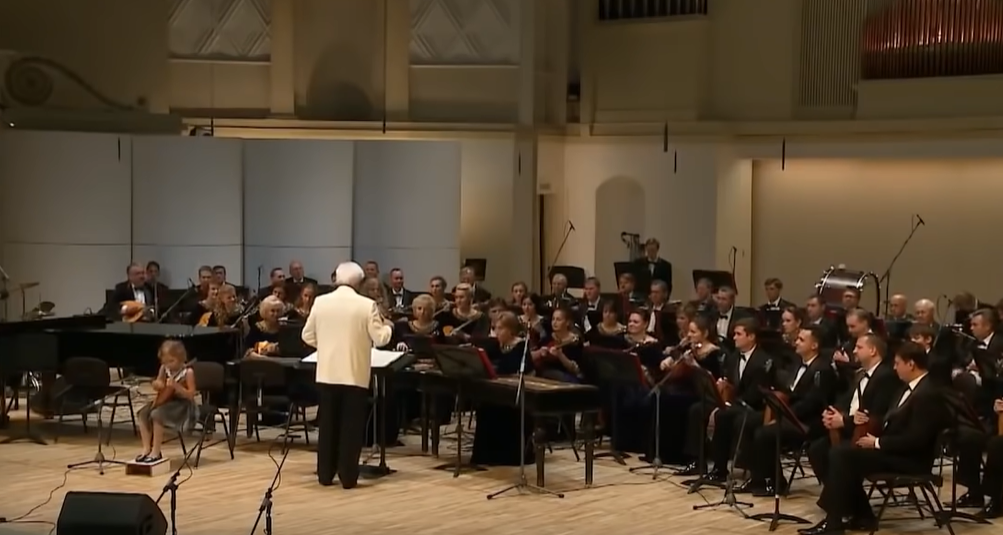 Anastasia and the orchestra put forth a lot of work to perfect their rendition of “Valenki,” making sure to include rhythms that were in harmony with one another.

The performance was punctuated by a steady stream of excellent Russian string instruments and woodwinds, which helped to keep an even tempo throughout. 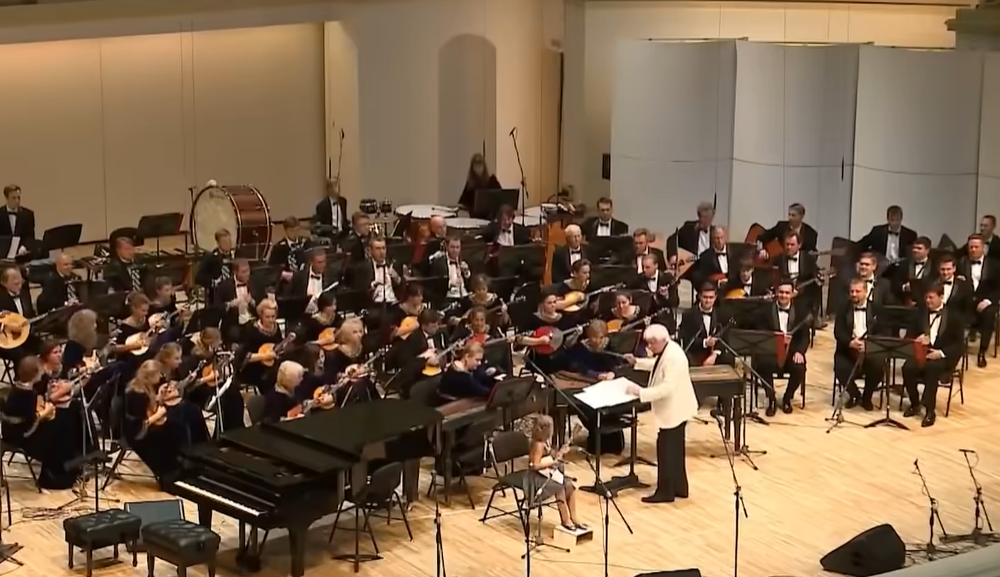 After Anastasia’s opening, the orchestra took over, and shortly after, one solo oboist could be heard dominating with strings and a drummer who quickly ascended to mix up with the 7-year-old’s melodies.

After, it was time to offer Anastasia a little moment of fame, which she accomplished in a daring manner. She was given the opportunity to play a brief solo once the orchestra reduced the volume of the instruments. 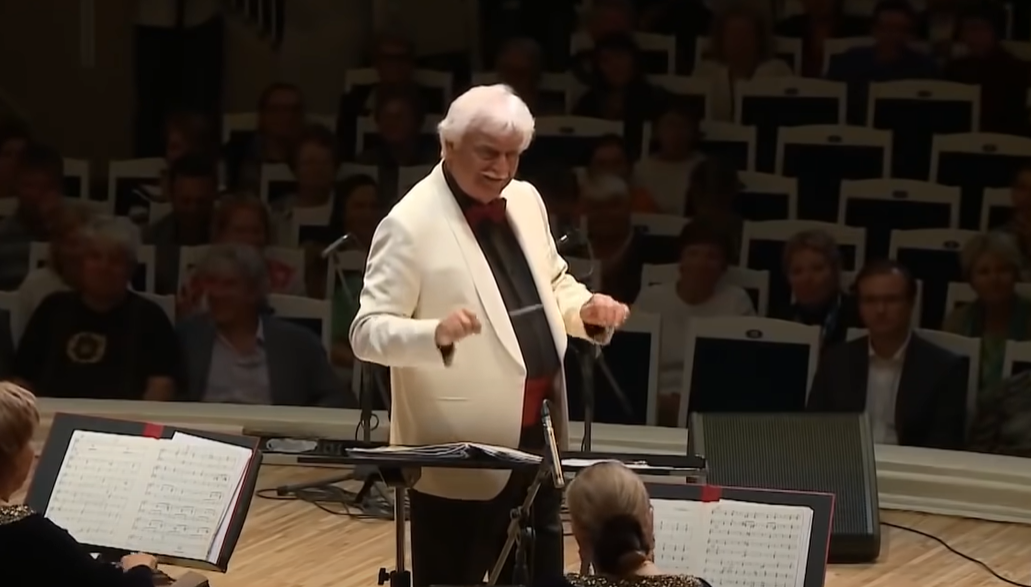 She started by plucking a few strong tones, which then quickly evolved into fast hams that she played all by herself.

At the conclusion of the performance, they all brought it to a successful close on a high note, at which point Anastasia took a bow in front of the cheering crowd before leaving the stage.