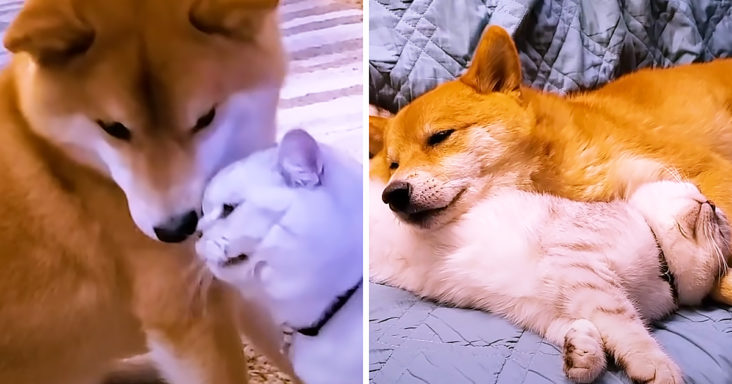 Eric shared his home with his dog, Cairo. Most of the time, the new dog parent was preoccupied with work. So, for attention, this bored dog would stand up and physically touch him with his paws. Cairo immediately began to vent his frustrations. 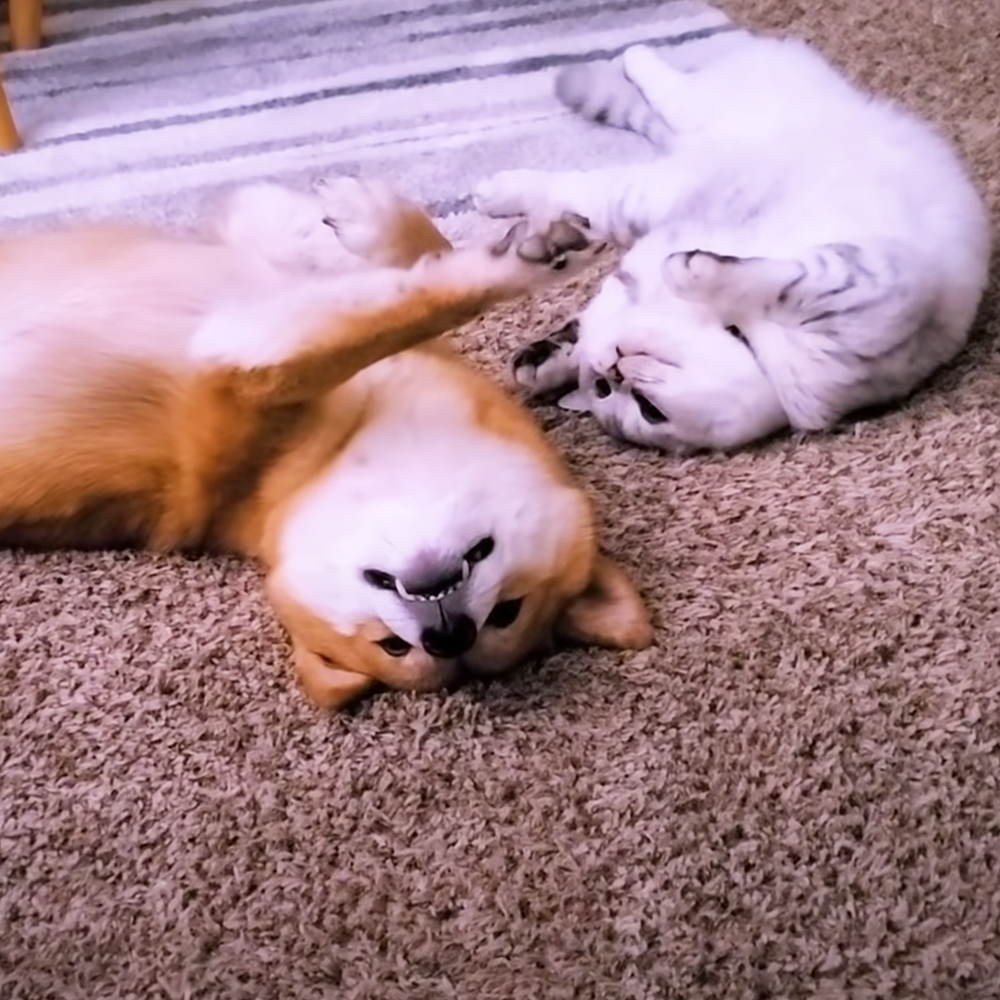 Cairo was clearly in need of a playmate. Eric began to consider acquiring him a companion at that point. Sultan, a lovely cat, was soon delivered by the loving owner. The owner divided the apartment in half to provide each person with their own area. They could still see and smell each other, though.

Sultan was naturally curious, and he immediately began investigating and playing with his toys. Cairo was both intrigued and perplexed by the new family member. The dog would just stare at the cat as if deciding whether or not to like him. 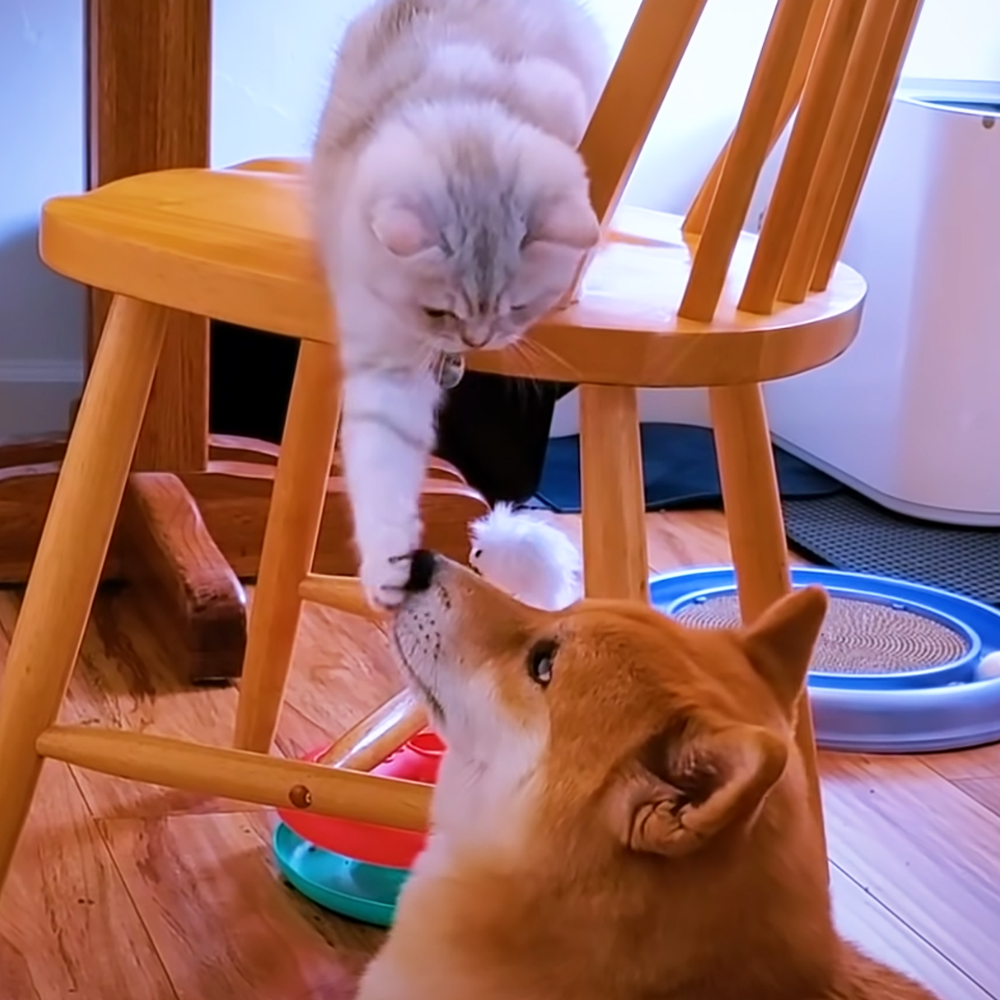 Both the animals had their guards up when they were around one another. The owner knew that he had to be patient and gradually settle down between them. Towards the end of the first week, Eric realized that even though Sultan and Cairo were a little iffy about each other, they still wanted attention from their owner.

So, he decided to pet Cairo with one hand and Sultan with the other. Eventually, they would fall asleep near each other, which seemed to lower their defenses. Then, Cairo started gently poking at Sultan with his nose and gave little kisses with time. 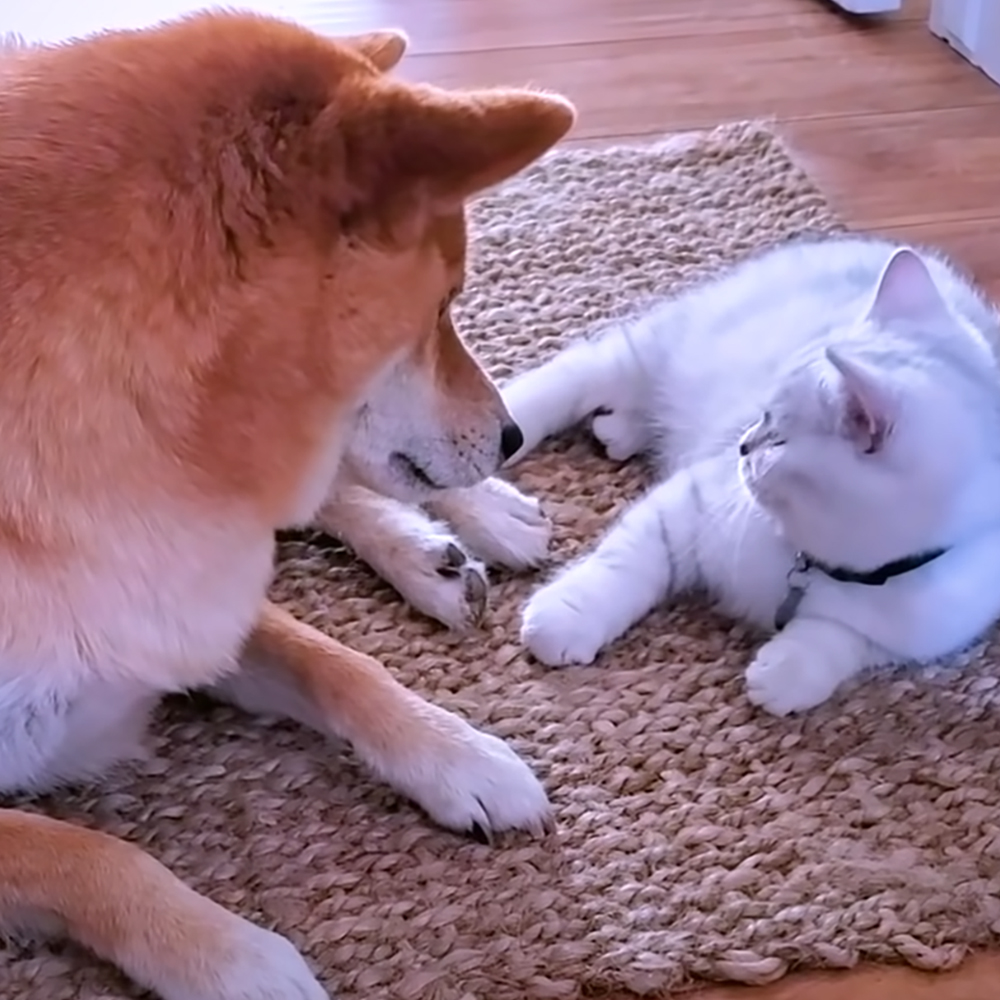 That’s when Eric knew it was all going to work out. He was very excited to find Cairo finally accepting Sultan as their family member. The first time Eric saw them playing was around the third week. Sultan suddenly stood up and started swatting at Cairo’s face, and he began to playback.

A few days later, the owner found the duo in a full-on sparring session, and the rest was history. After that, Cairo and Sultan were officially best friends. With time, their bond just kept deepening and grew stronger. The cat and the dog constantly found new ways to play and show their love for each other.