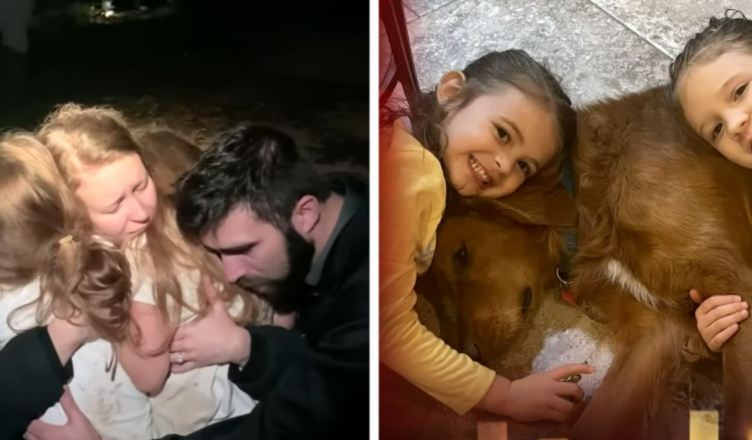 When two girls became lost in the woods outside of New Orleans, a golden retriever came to their rescue and cared after them. And was recovered later, jointly, 1.2 miles distant from the home where it was first discovered.

Abigail, 7, and Cecelia, 4, went missing from their mother Mary Bourg’s front yard in Folsom, Louisiana, on November 28th, prompting Mary to make a panicked call to the local 911 dispatch center. “I have no idea where my kids are.

“They play with my dog outdoors, and I have looked everywhere, and it is getting dark, and I don’t know where they are,” Mary stated to the dispatcher as she requested for help to locate her kids.

Near Folsom, an emergency search party was organized and despatched to begin looking for the missing girls and their dog, Artemis. There were over one hundred members of the community who volunteered their time to aid in the search, as well as drones, K9s, and a helicopter.

Following a harrowing search that lasted about five hours, the two young women and their golden retriever were discovered camped out about 1.2 miles from their home and cuddled up together.

The devoted dog had been keeping a watchful eye on them, protecting the girls from falling into hopelessness with his presence. Artemis started to bark as the search crew got closer, which alerted the others, and in the end, the three of them were discovered together.

“Abigail was resting on top of Artemis while clutching his collar and just snuggling up with him, and CC (Cecilia) was laying with her head on Abigail’s stomach, and they were just sort of digging in for the night,” the father recalled.

The father of the children, Justin Bourg, expressed his emotions to his daughters by saying, “It was rough, and I told them it was probably the most tears I’ve wept in the previous 20 years. I don’t want to horrify them; instead, I want them to maintain that spirit of adventure while simultaneously keeping a level head and being sensible.” 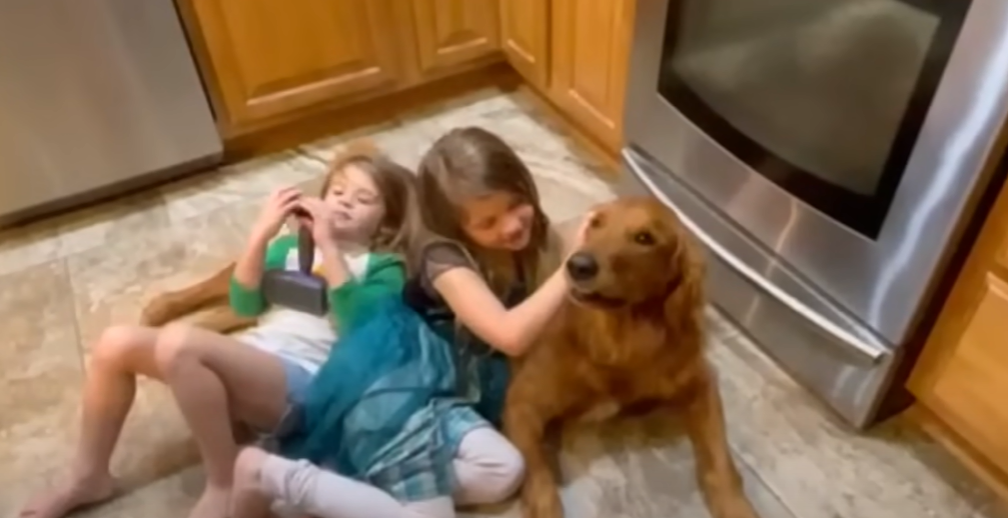 The family is grateful to the golden retriever since he stayed by their side the whole time and never left their side while the danger was there.