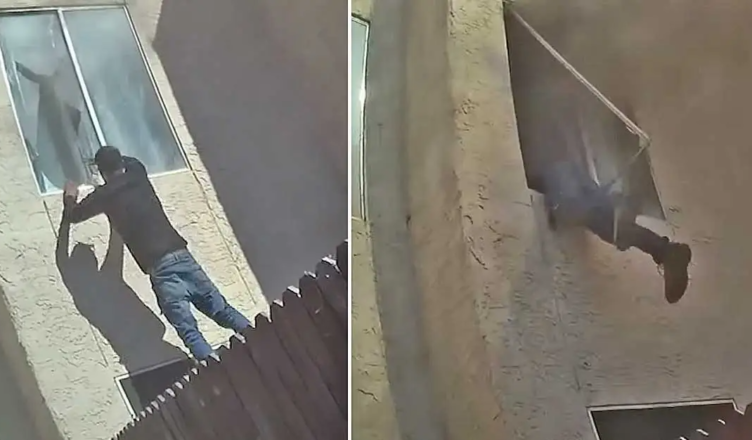 During a fire at an apartment complex in Arizona, a gentleman assisted police officers in rescuing two children, earning him praise for his courage and earning him a place in the local hero hall of fame.

On a Friday morning in Mesa, the fire started at eleven in the morning. An officer who was present at the incident was informed by witnesses that there were children inside the flat that was on fire. 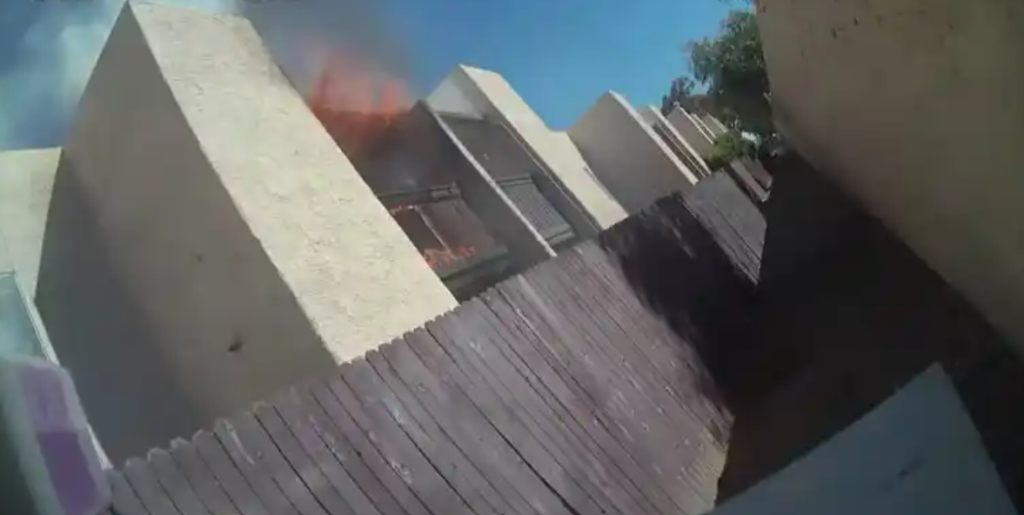 The video from the officer’s body camera that was released by the police shows him hurling rocks in an attempt to smash through the apartment window.

After a few moments have passed, an unknown individual wearing a black hoodie suddenly materializes and vaults the fence in order to access the shattered window on the second-floor flat. 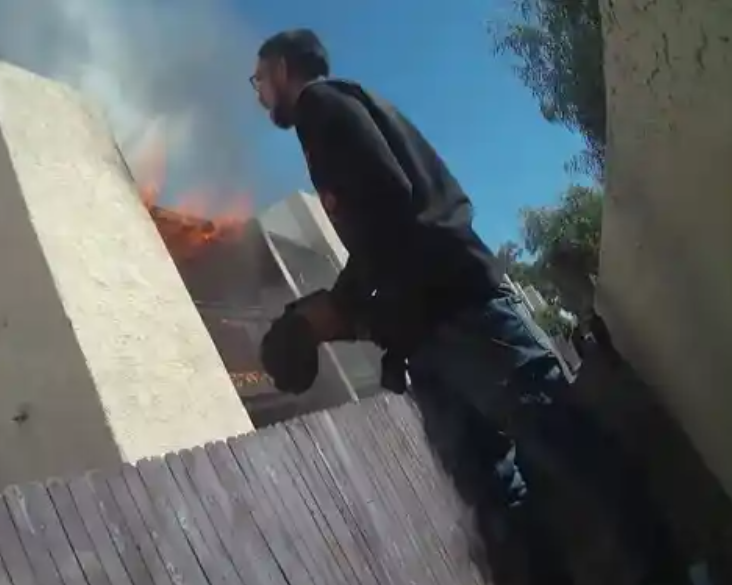 According to the authorities, he saw the fire from a nearby car wash and immediately got out of his vehicle to assist with the search and rescue efforts. The guy broke off the window frame with his own hands as he was standing on top of an air conditioning unit.

While smoke billowed out all around him, he climbed into the burning building to save a little girl who was only wearing a diaper and was only 2 years old. 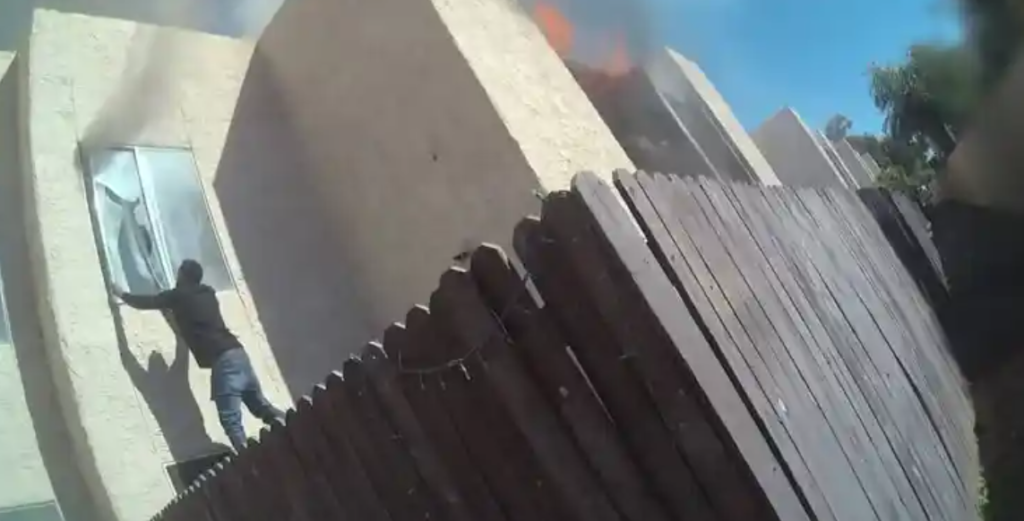 As the child was being carried outdoors, her cries of distress could be heard. A kind Samaritan took her into custody and turned her over to a police officer who had been standing nearby.

The cop hurried to the front of the apartment building while holding the infant in his arms and delivered the child to the waiting paramedics there. 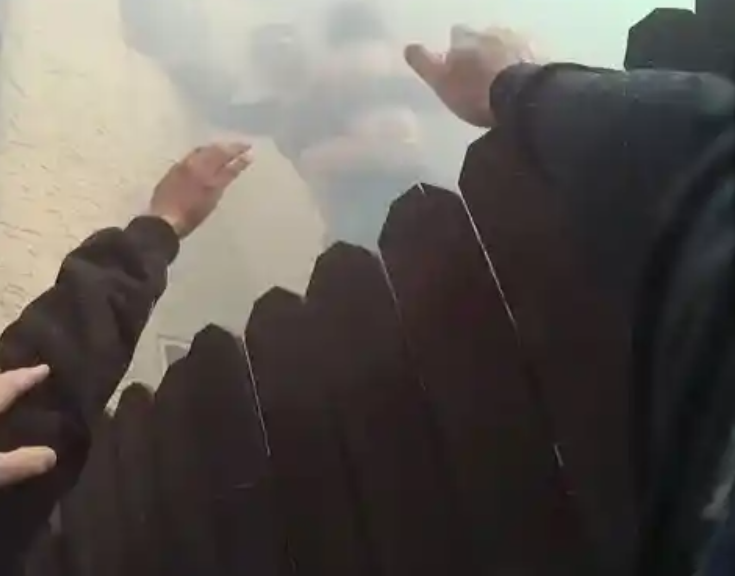 The unidentified guy was shown on footage taken by the body camera worn by another cop passing off a second youngster, who was apparently six years old. Officer Jon Forest sprang onto a shed and landed on it just in time to take the youngster from the other person.

In a statement, the police noted that “according to everyone who were present, the result of this event may have been different if it hadn’t been for the citizen who aided.”

The guy reportedly told the police that he did not want to be named. The fire was put out by ladder personnel working from the roof, which prevented it from spreading to other units in the building.