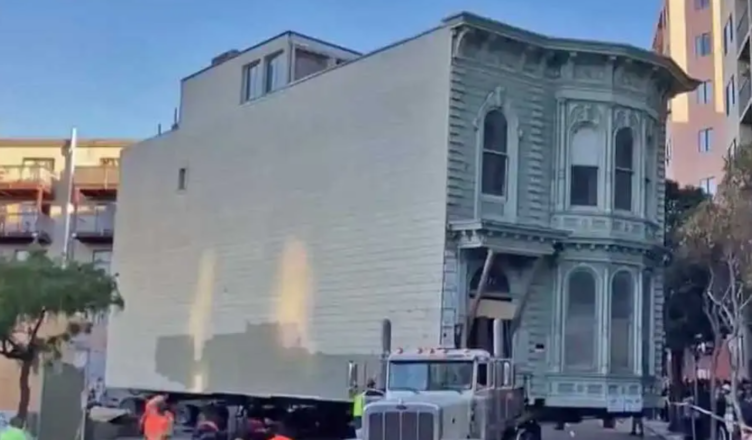 In San Francisco, a man took the phrase “moving house” rather literally when he had a Victorian-style home he owns in the city moved seven blocks to a new site.

In San Francisco, the home with the mint green exterior, the brown front door, and the huge windows was loaded onto massive dollies before being moved onto its new location. 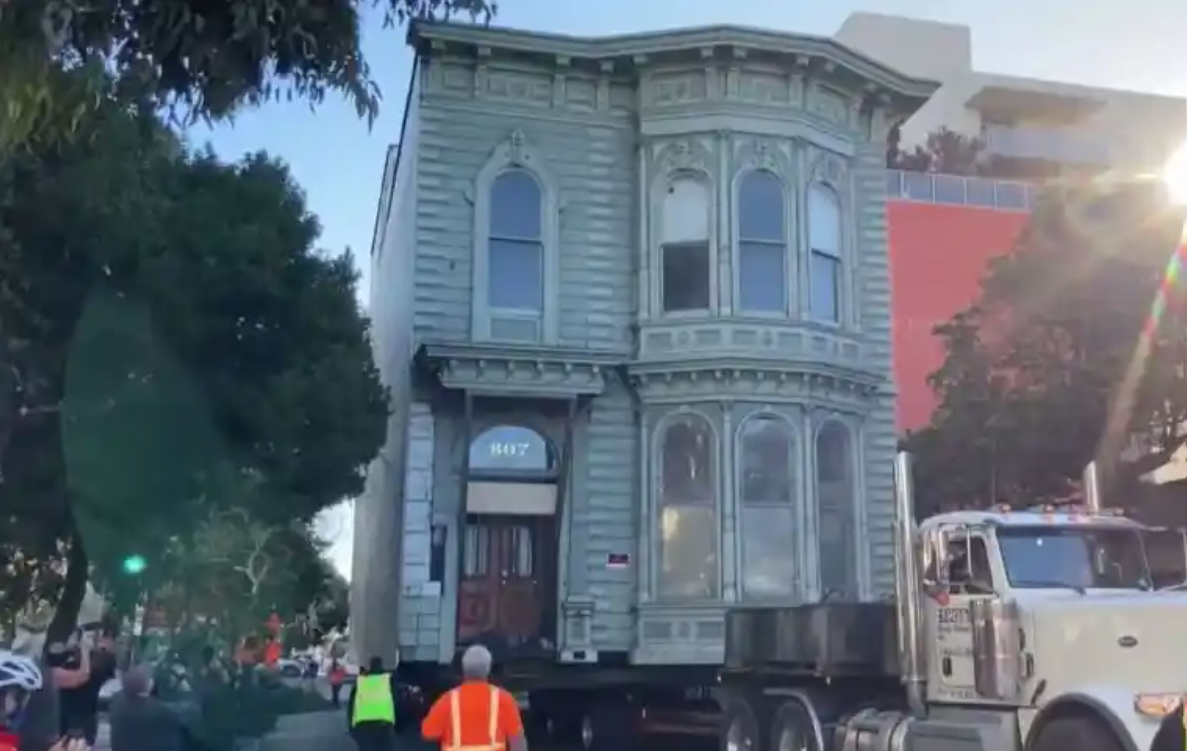 The action began at around 6:15 in the morning, but the early morning rush hour did not deter the attendance of 600 bystanders who wanted to watch a sight that had never been witnessed before.

The Englander home, which had been constructed in 1882, was relocated to a location that was six blocks distant. After 139 years at its previous home, the historic building was rolled at a maximum speed of one mile per hour over a distance of 0.06 miles, moving from 807 Franklin Street to 635 Fulton Street in the process. 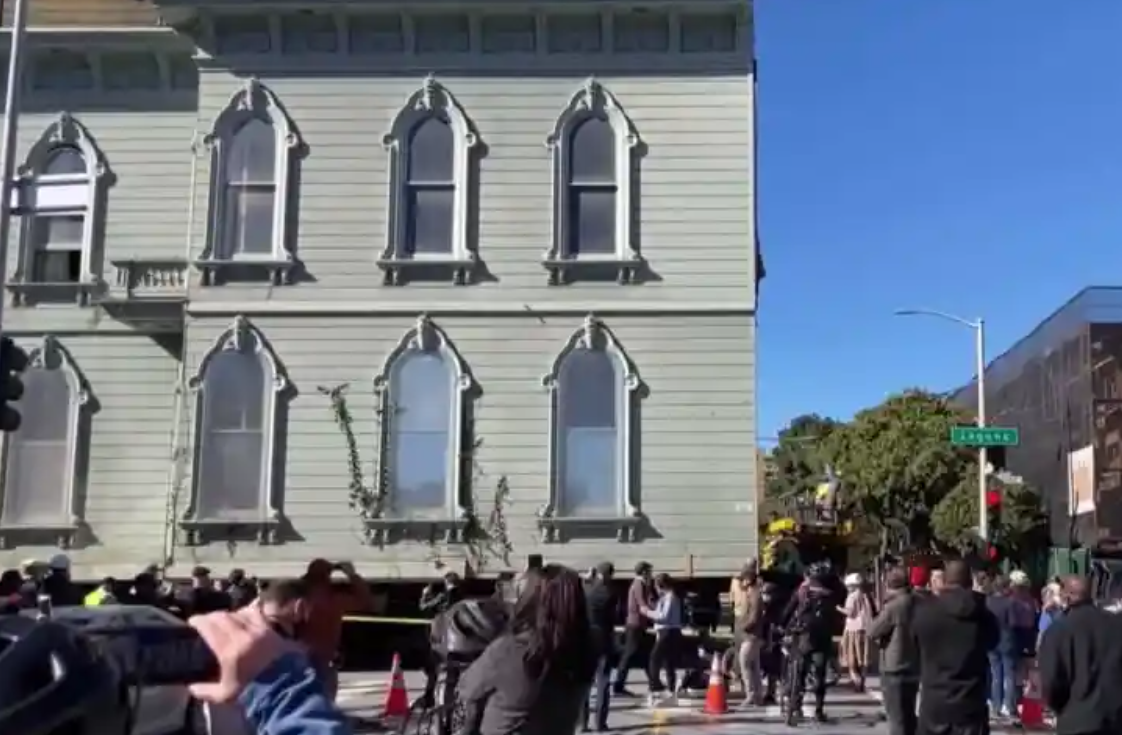 It should come as no surprise that relocating the home was not a simple endeavor. The workmen were required at one point to disentangle the corner of the two-story home from the light pole as it was just making the curve and heading downhill down Franklin Street.

As the home made its way slowly down the street, it disrupted a great deal of its environment. The parking meters were taken down, the traffic signs were repositioned, the utility wires were cut, and the tree branches were clipped. 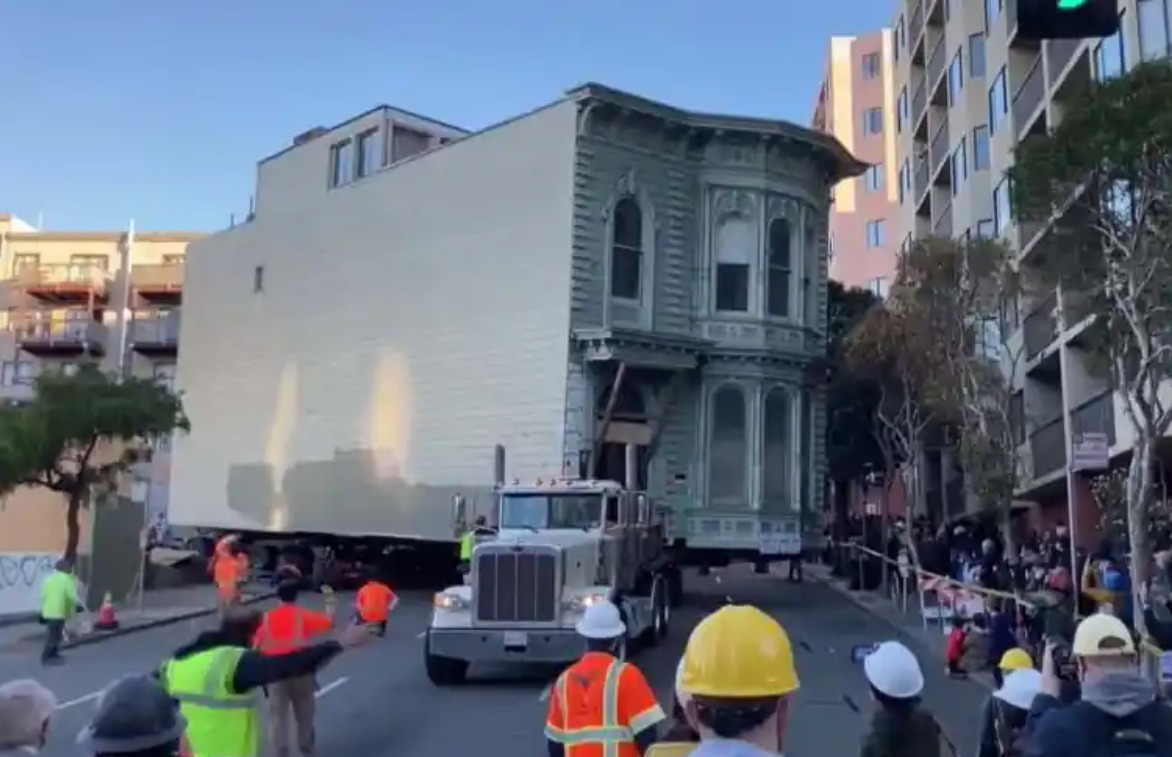 The relocation has been the subject of extensive preparation for a number of years. Tim Brown, a real estate dealer in San Francisco, is the owner of the property, and he was the one who spearheaded the move to save the historic edifice.

Its original location on Franklin Street is going to be turned into an apartment complex. 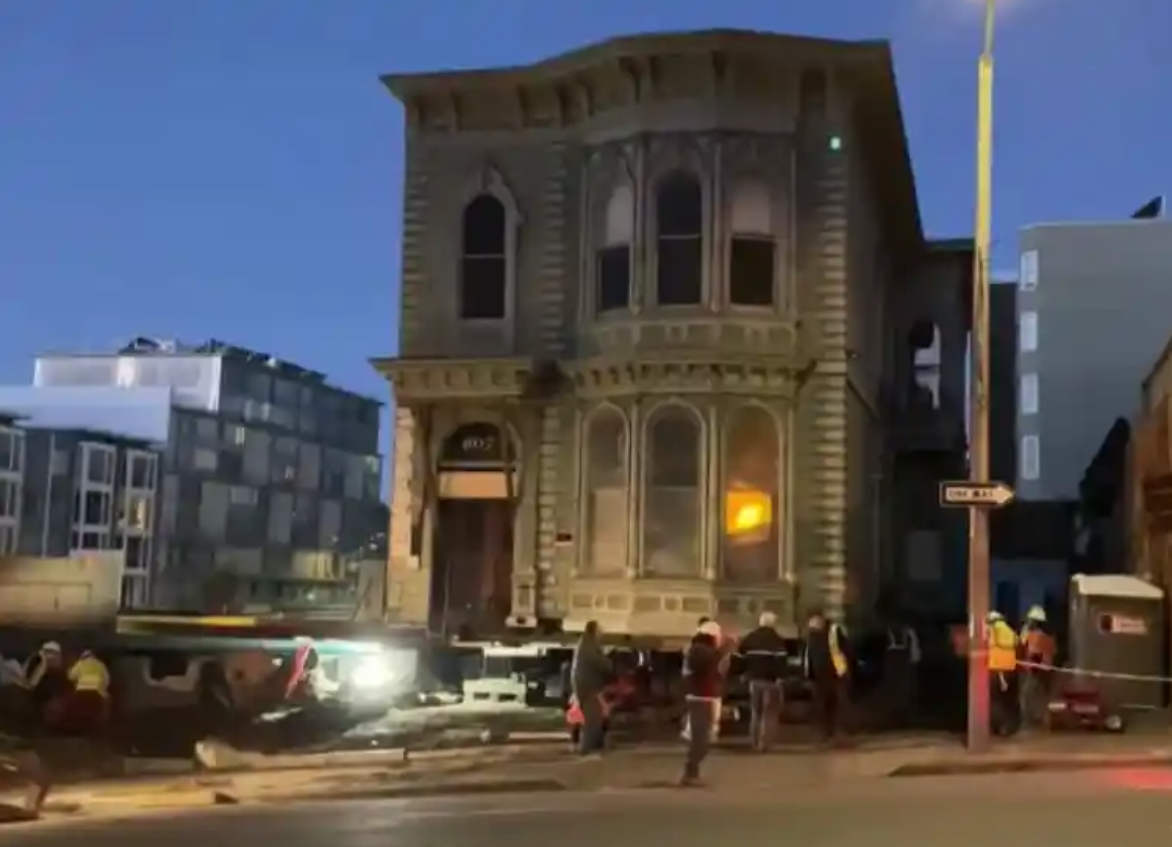 Back in 2013, Brown purchased the Victorian-style home measuring 5,170 square feet for a price of $2.6 million and now Brown incurred expenses of around $400,000 as a result of moving the home down the street.