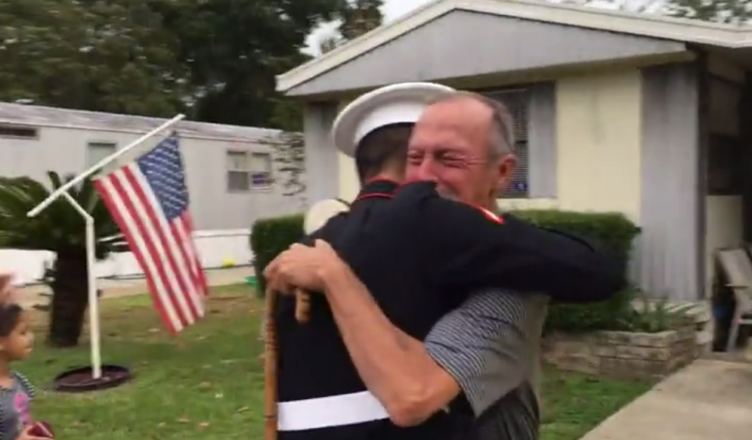 We often refer to the men and women who serve in the Armed Forces of the United States of America as “living heroes,” and with good reason.

Because their lives are always on the line in that line of work, they made the conscious decision to make themselves a sacrifice the minute they decided to pursue it as a vocation. 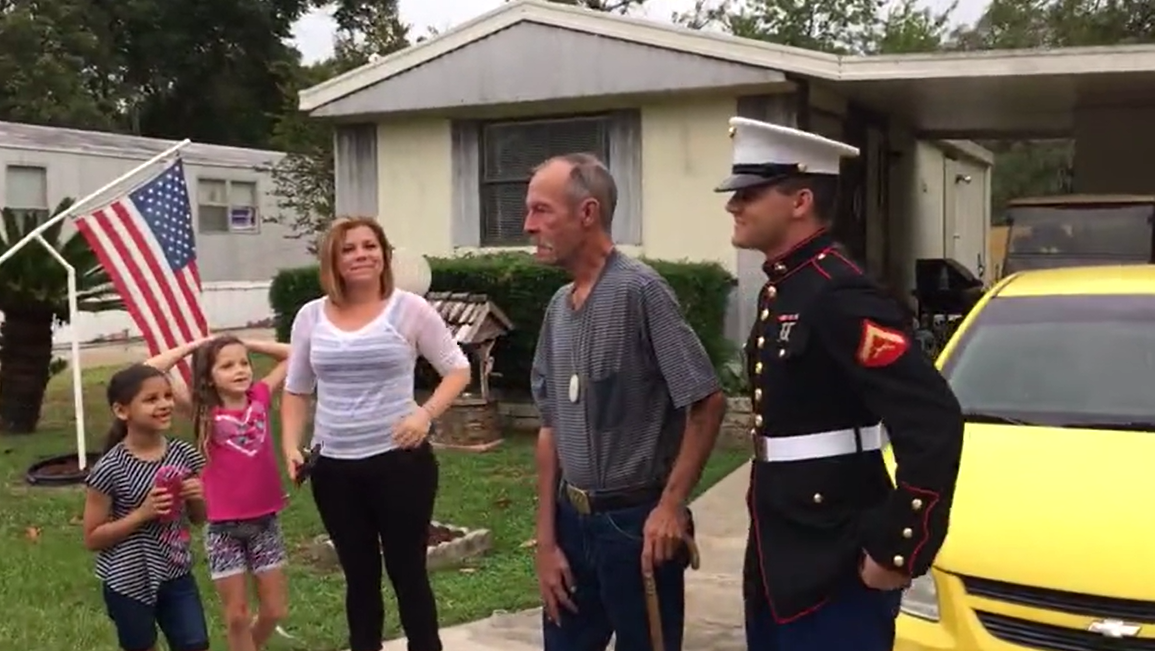 The very idea of it is enough to make one’s heart ache, but it must be considerably more difficult for their families, who must continually worry about their well-being whenever their loved ones are transferred to new positions.

Even when they are able to spend time with their family on occasion, they are nonetheless plagued with a never-ending sense of unease and a persistent need for the company of their loved ones. However, at the end of the day, it is essential to keep in mind the contributions that they are making to the country. 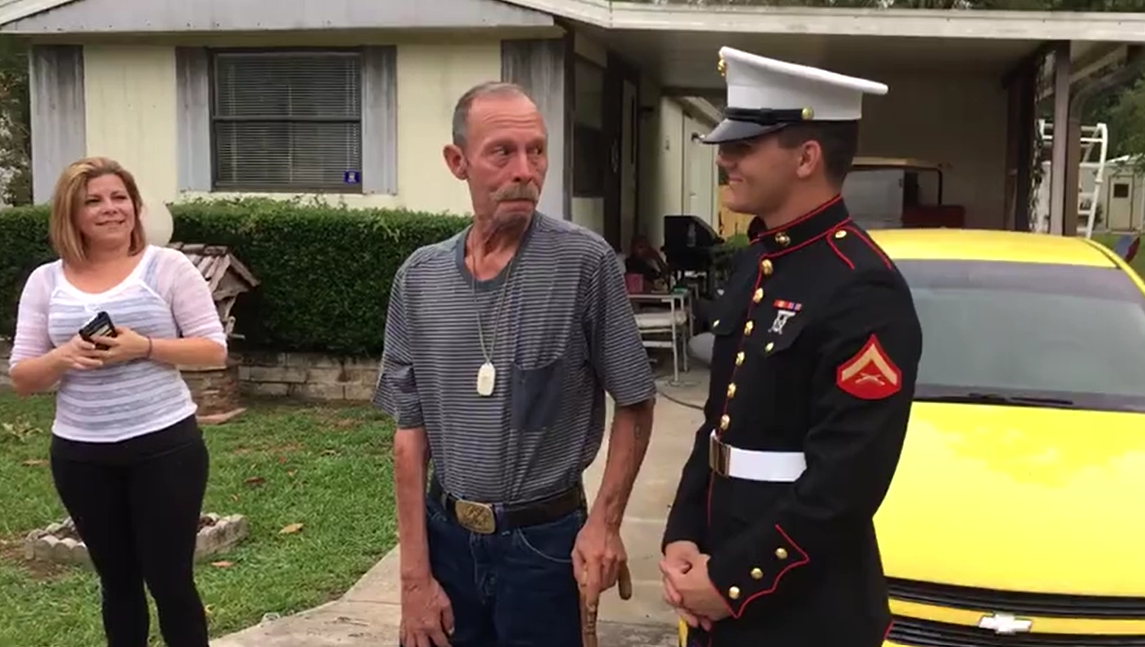 Christian Anderson, a serviceman in the United States Marine Corps, credits his grandpa, who served as his role model throughout his life, for motivating him to return to his hometown.

His grandpa Jeffrey Anderson Sr. is a former marine who has devoted his life to serving his country in some capacity. However, when Christian graduated from high school, his grandpa was unable to attend since he was still suffering with the effects of his infirmity at the time. 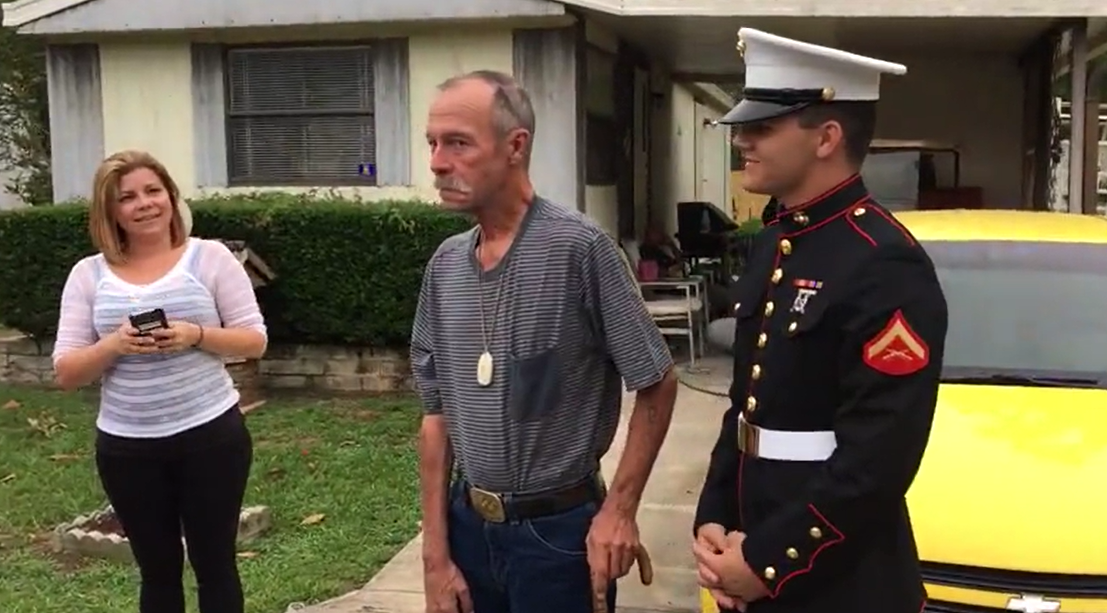 Therefore, Christian made the decision to provide him the most amazing surprise of his whole life by showing up at his house on his birthday in 2017. As a consequence of his disability, Jeffrey has difficulty walking.

However, his family was aware that it would be the ideal opportunity to surprise him outdoors, so they led him out of the house and onto the driveway to reveal their plan. Given that it was out of the ordinary, he began to get skeptical. 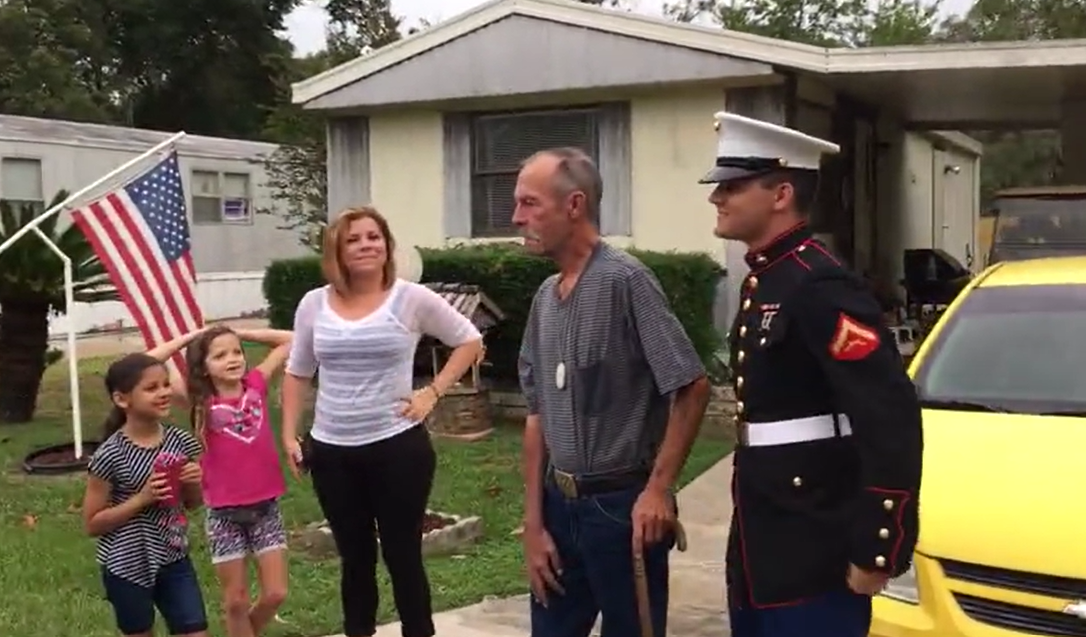 Therefore, he twisted his head around in a deliberate manner. He was taken aback to see that Christian was standing right next to him.

Since Jeffrey had not seen Christian donning his marine uniform yet, Christian made the decision to return home while wearing it. After that, Jeffrey began crying, and Christian gave him a bear hug before the sobbing continued. 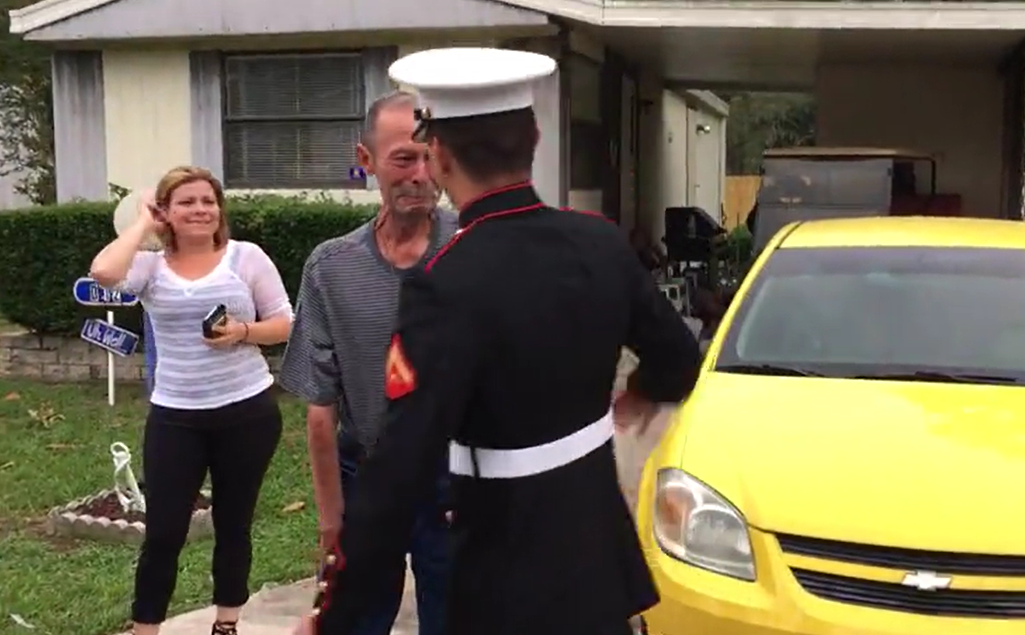 Even the other members of their family were unable to hold back their tears as they saw the touching moment between the two of them.