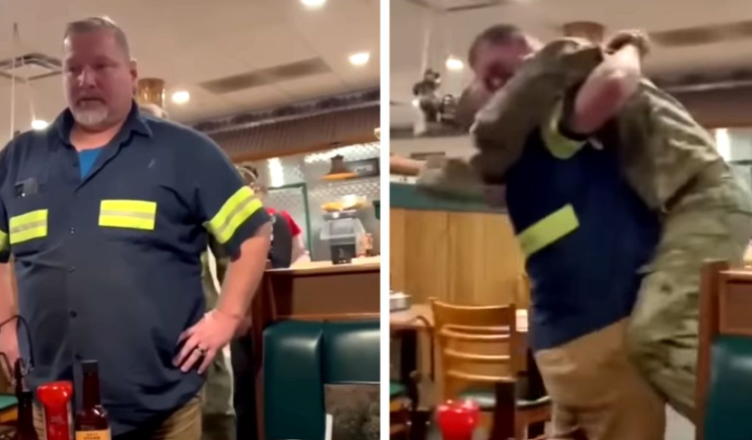 This touching video shows a family gathering together to surprise the patriarch of the family at a restaurant, where he was also able to see his son who had been serving in the military.

In the video footage, the man’s entrance into the restaurant is captured, and he is seen greeting his two daughters, who are already seated and having a good time there. 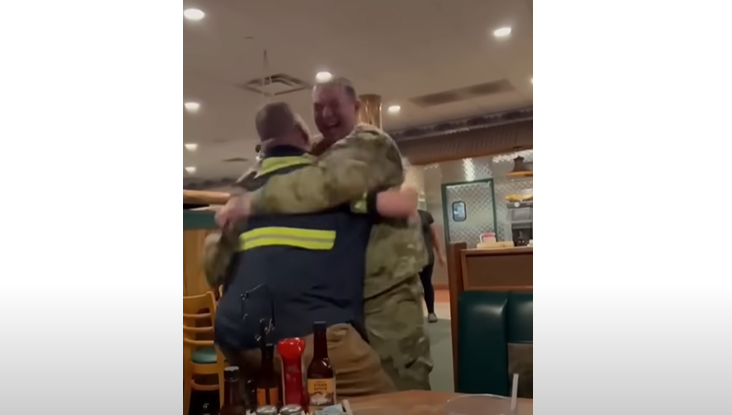 He goes in nonchalantly, as if it were immediately after work, describing himself as “all filthy and nasty,” and he is unaware of the pleasant surprise that is waiting for him behind his back.

His kid, dressed in military garb, creeps up behind him and taps him on the back as he approaches. He doesn’t waste any time and turns his back, only to be met by the beaming face of his kid practically as soon as he does. 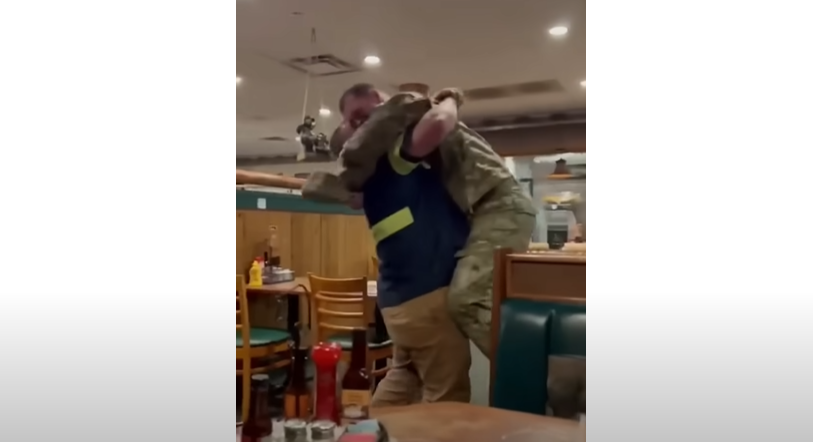 The startled father immediately runs to his child and picks him up off the floor to give him a hug. Throughout the whole conversation, the father asked his son, “What’d you do that for?” while displaying a clear display of emotion and seeming to be quite astonished. 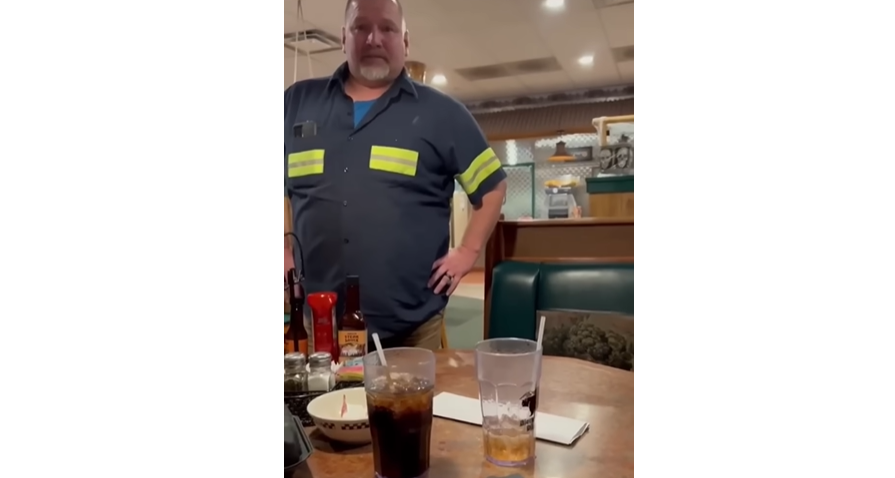 After then, the family as well as the personnel at the restaurant cheer and laugh enthusiastically as they see the touching reunion between the father and his kid.