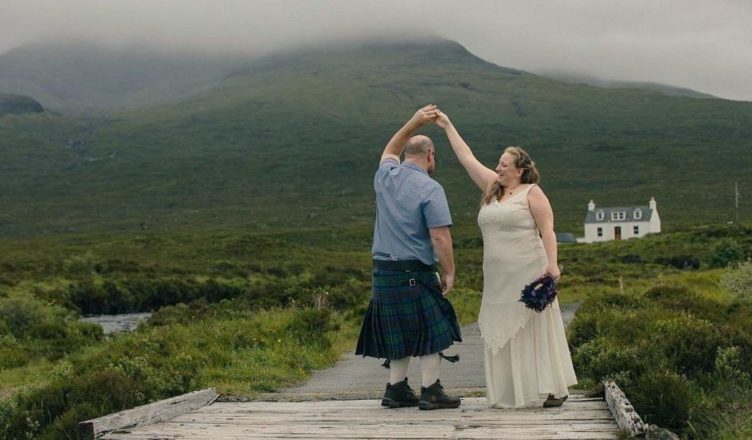 A wedding that was going to be a nightmare ended up turning into a Celtic dream when, after a planeload of problems, the local community on the majestic Isle of Skye decided to lend a hand to the visiting new bride.

Amanda and Paul Riesel, who are from Florida, had planned to leave a solid cushion of four days between their flight and their big day on Skye, which is located in the Scottish Hebrides. However, the Riesels experienced every problem in the playbook of the airline company, including several delays, a cancelation or two, and lost luggage. 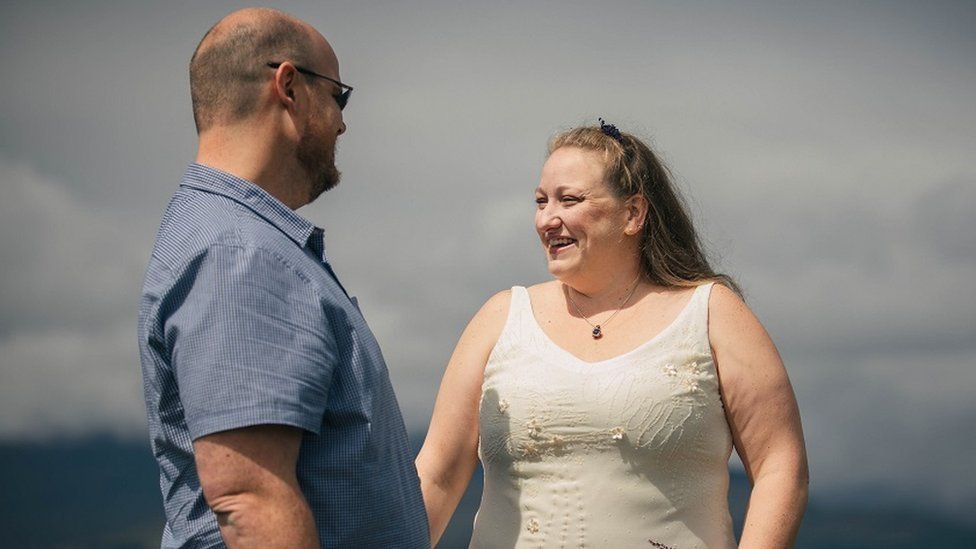 The photographer for the wedding, Rosie Woodhouse, has arrived. After hearing about their struggles and learning that they were on the verge of canceling their long-planned wedding on Skye because they were missing everything other than their rings, she felt that she had no choice but to take action.

The bride wore the wedding dress given by a cafeteria woman at a nearby school, which happens to be the same line of work that Amanda does, making this a very remarkable coincidence. 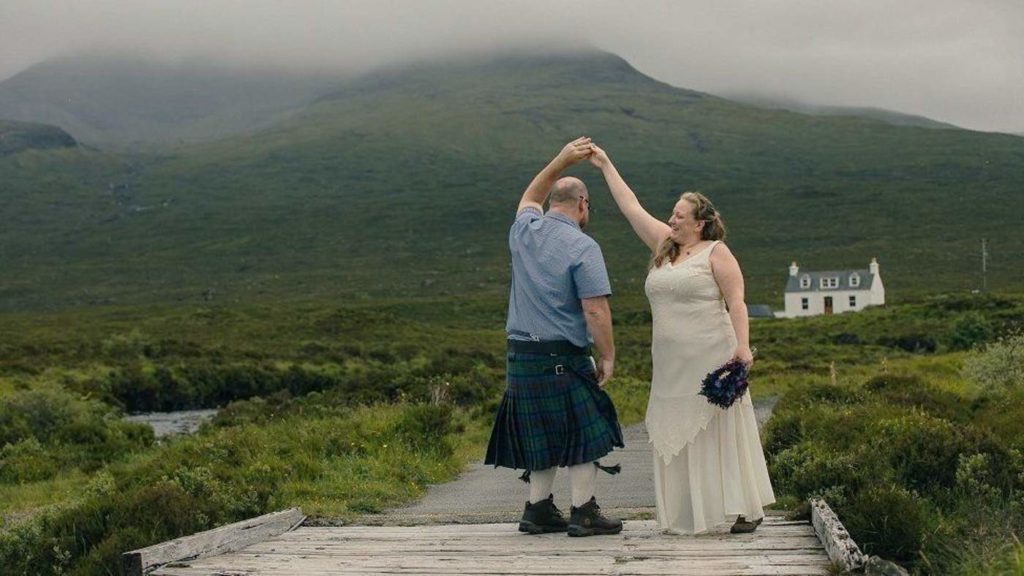 She came to the conclusion that there was no other option than donning the unique outfit of a unique lady who cared for children in the same manner that Amanda did.

Amanda said, “The people of Skye will be legendary in Orlando because we will tell anybody who would listen that they are the reason our love was firmly established into a flawlessly imperfect wedding day.” 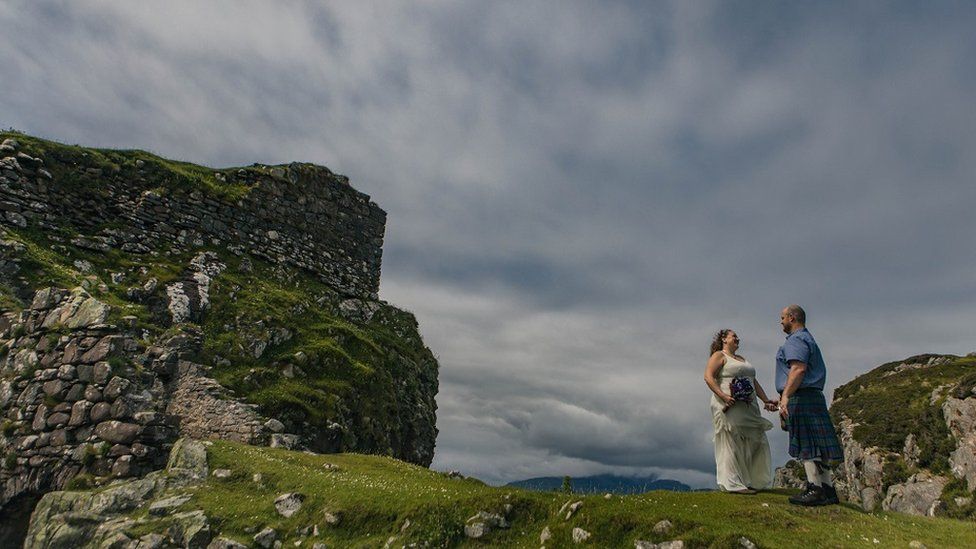 The Isle of Skye, with its emerald green grass, dark moody skies, rugged landscape, and wild coasts, is a fairy place and despite the fact that the wedding lost much of the veneer they had planned for it, the pictures at least convey that everything worked out in the end.