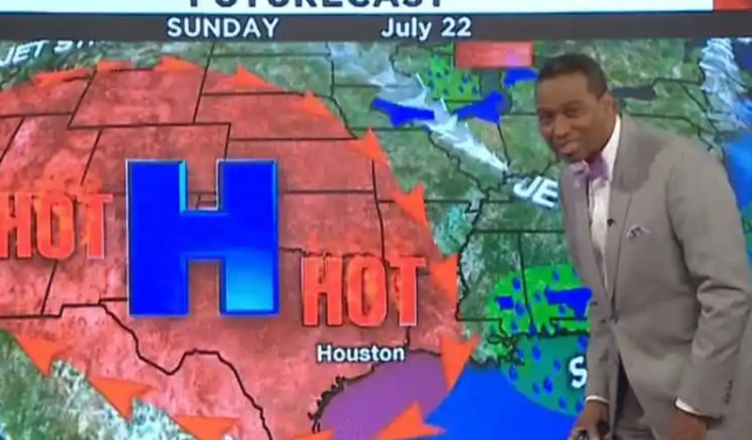 The weather forecast segment of the news is often somewhat boring, which is why the majority of viewers have a tendency to change the station once it comes on.

But this particular broadcast captured the attention of the viewers because the weatherman was joined on stage by an unexpected visitor during the live report that he was giving. 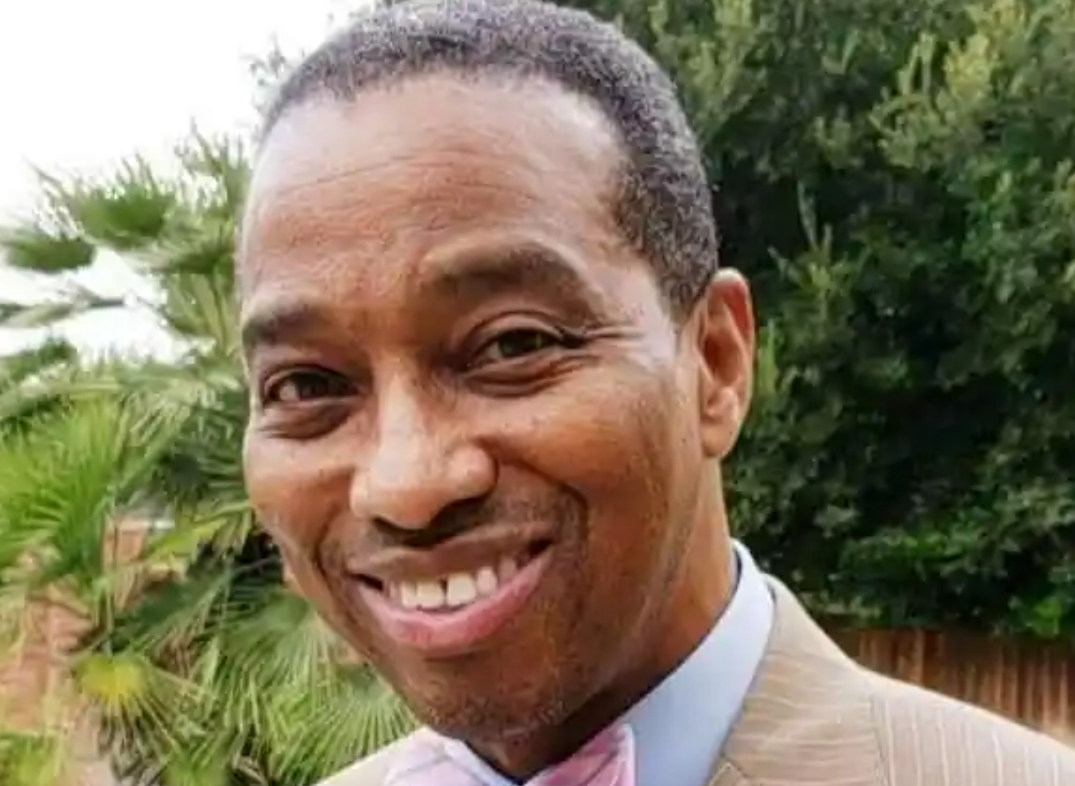 Houston viewers get their weekend predictions from Khambrel Marshall. Something unexpected appeared on the studio screen as he was in the middle of giving one of his customary live weather briefings on a Sunday morning.

Within a few short moments of its presence, Khambrel was able to make out the identity of his unexpected visitor: a fluffy and white tiny puppy. 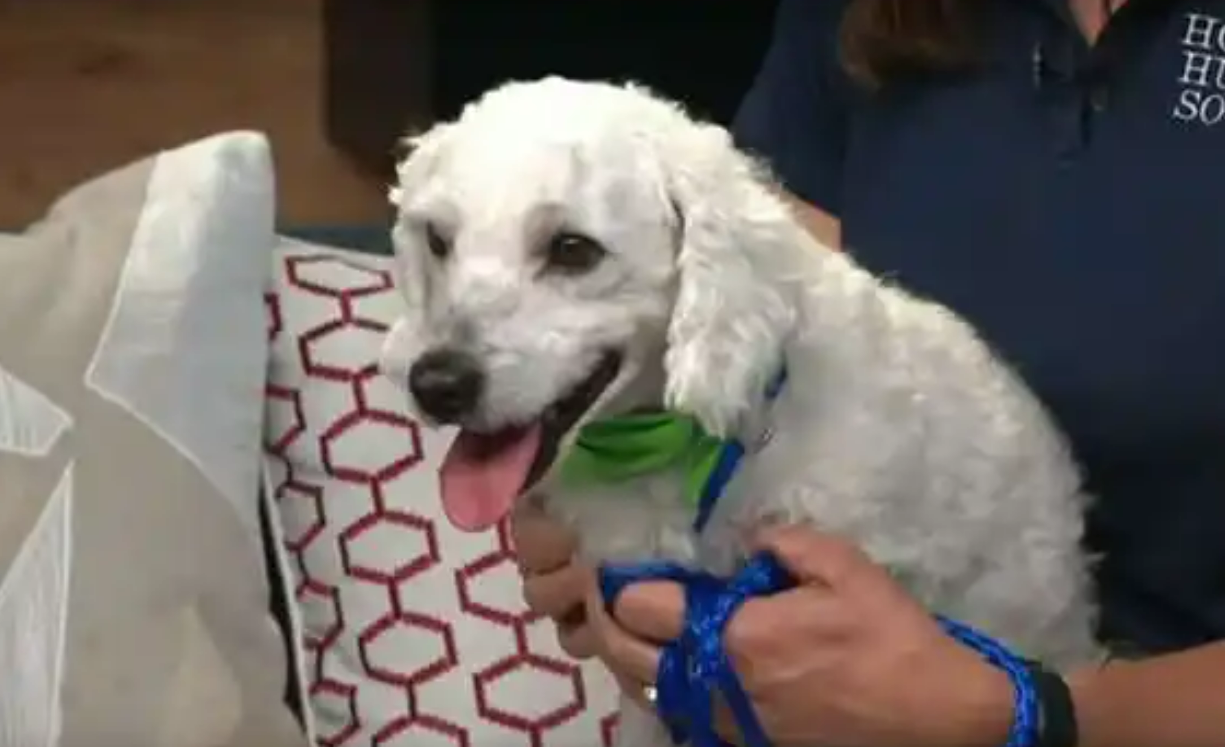 When Khambrel saw the dog approaching him in a nonchalant manner, he became quite thrilled and said, “Oh, look what I have here!” Khambrel handled the issue in a manner befitting a true professional, preventing him from being caught off guard.

“Would you want to participate in this portion with me? While he was picking up the obedient canine, he uttered the command, “Come on, perform this portion with me.” The meteorologist’s tone changed almost instantly once he took the puppy into his arms and cradled it. 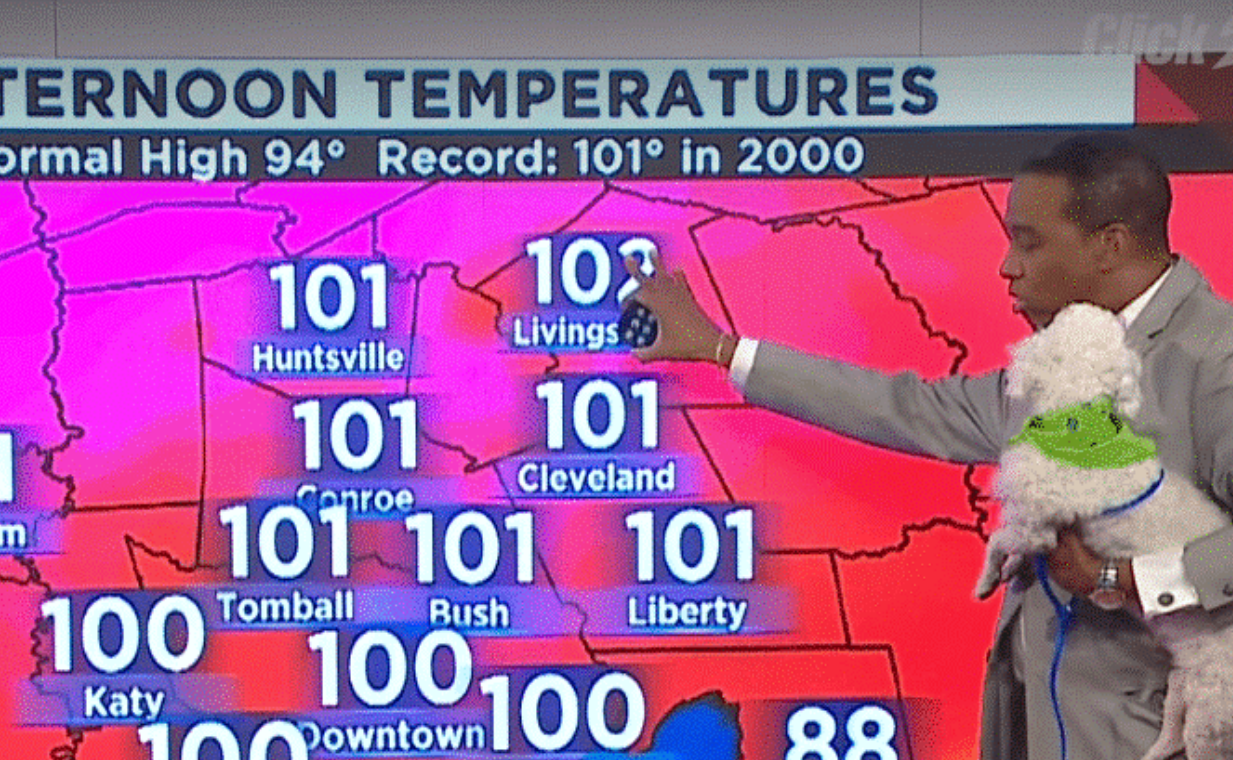 After presenting the prediction with a solemn expression and tone, he changed his demeanor and became more relaxed, even offering advice to pet owners on how they might protect their furry friends from the approaching heat wave.

It was obvious that Khambrel cherished his canine companions. During the course of his report, he even addressed the puppy at one point and apologized to him when he became aware that he was talking a little bit too loudly in the puppy’s ear. 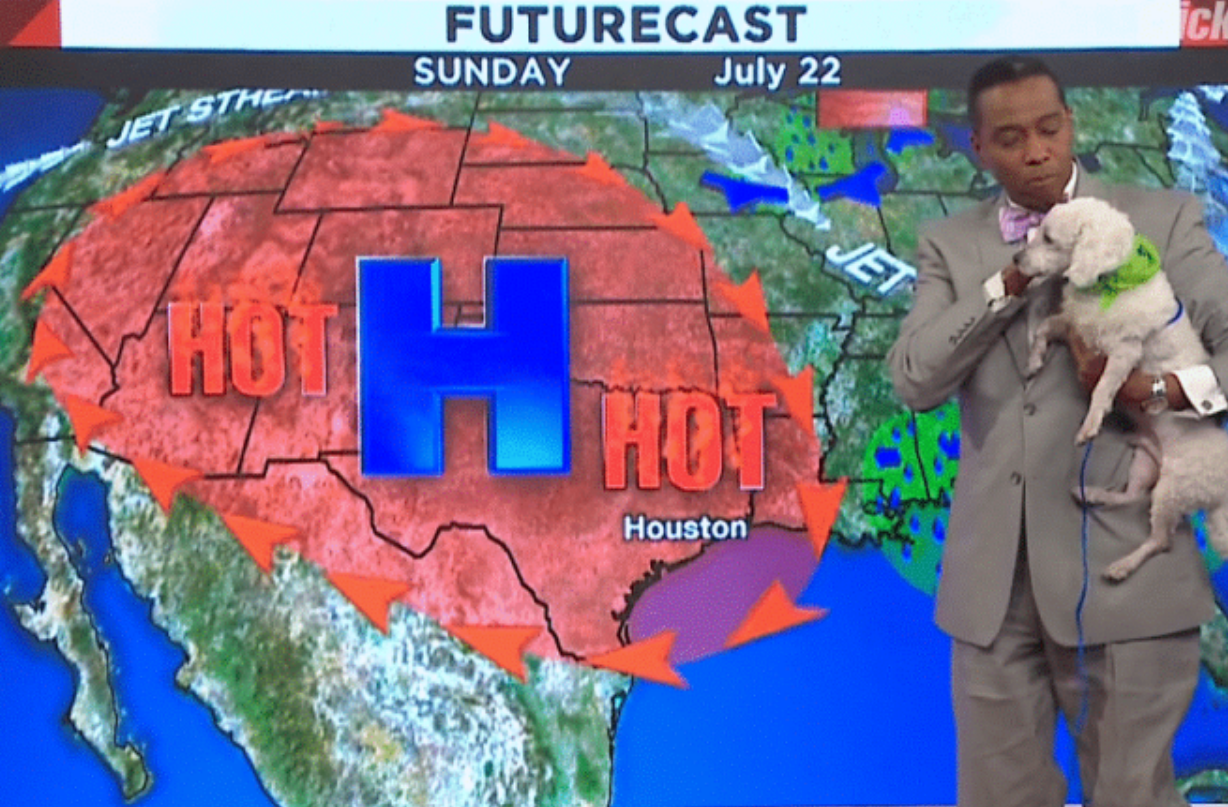 Who would have imagined that the two of them together would make for such a cute and endearing team?