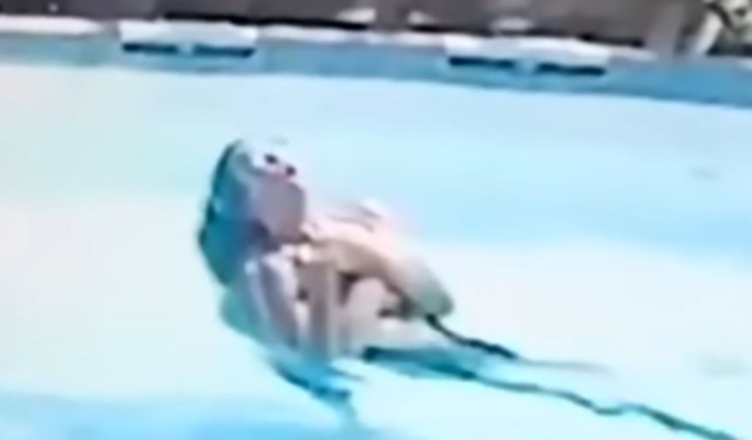 After having a seizure in the swimming pool, a mother in Oklahoma credits her kid with being her “hero” for helping to save her from drowning.

After seeing his mother fall in the pool, Gavin Keeney reportedly immediately dove in after her.

In the video, the loving son can be seen pushing his mother to safety while keeping her head above water as they approach the edge of the pool.

Lori said; ” Icannot deny the fact that I often get the impression that he is also my guardian angel.”

The child who was in the fifth grade said, “I heard what sounded like a lot of splashing and moving about.

After that, I glanced over and noticed that she was having a seizure, so I ran over there, jumped in, and helped her get back on the ladder.”

In the video, a small child is seen rescuing his mother and hanging onto her until his grandpa, who lives next door, came to provide extra assistance.

Gavin was recently honored in front of all of his classmates by the Kingston Police Department by bestowing upon him the “Saving a Life” plaque. This was done in order to spread the word on social media that Gavin is considered a hero in Marshall county.

According to Chief Kasey Cox, it was imperative to demonstrate to everyone, especially Gavin, how unselfish and courageous he was. Cox added, “Thanks to his rapid efforts, he was able to save a life.”