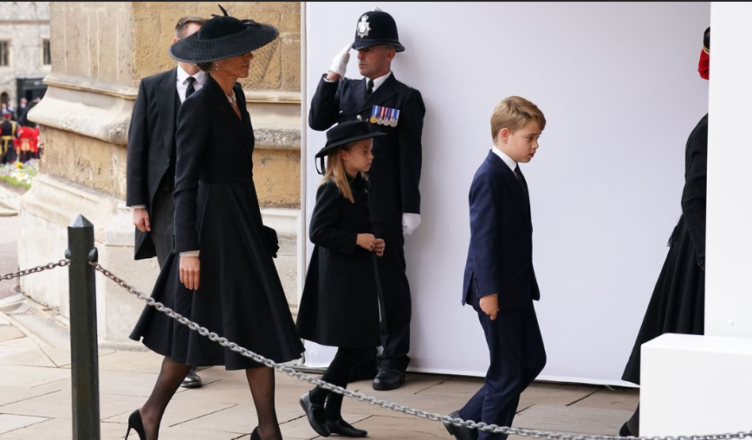 During the procession that followed the burial ceremony for Queen Elizabeth at Westminster Abbey, Sophie, Countess of Wessex wrapped a comforting arm around Prince George when he and Princess Charlotte joined their parents.

The prince, who is nine years old, his sister Charlotte, who is seven, and their mother, Kate Middleton, walked beside Sophie, who is the wife of George’s great uncle Prince Edward and is 57 years old. 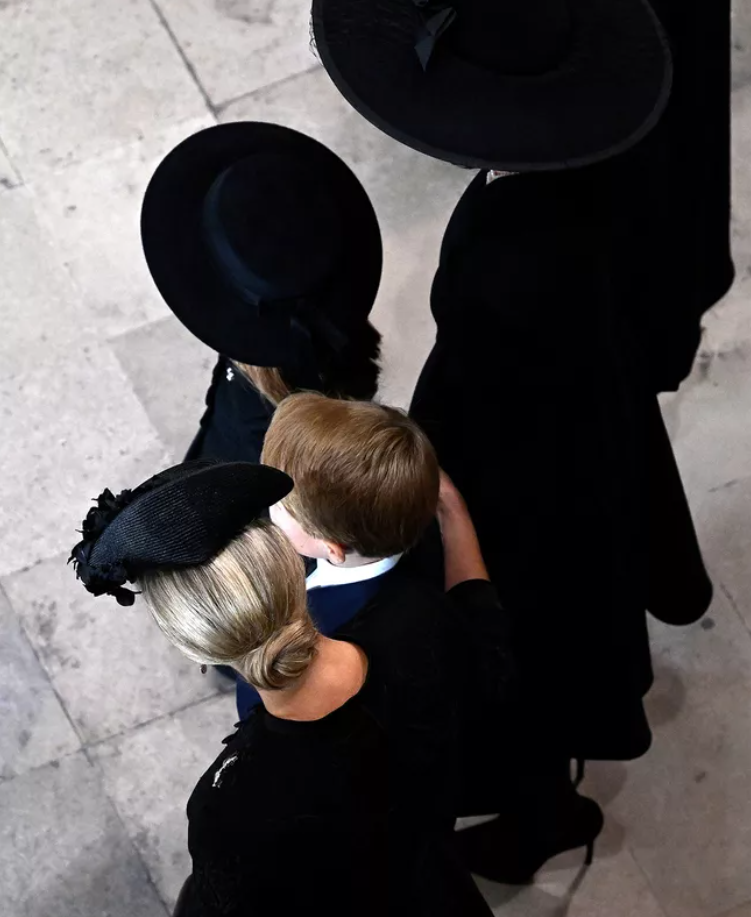 After the funeral ceremony, the casket of the Queen was remounted on the state carriage and driven past Buckingham Palace for the very final time before arriving at Wellington Arch.

After that, it will be transported to the spot where she will be laid to rest, which is Windsor Castle. 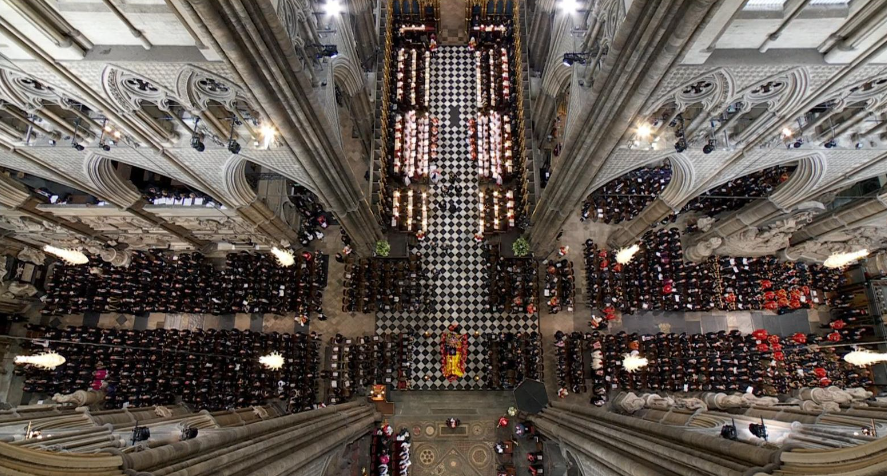 George and Charlotte Middleton, together with their parents Prince William and Kate Middleton, were among the members of the royal family that took part in the procession that followed the casket of Queen Elizabeth II.

While William and King Charles III arrived at Westminster Abbey earlier, it was Kate who was responsible for escorting their children inside the building for the ceremony. 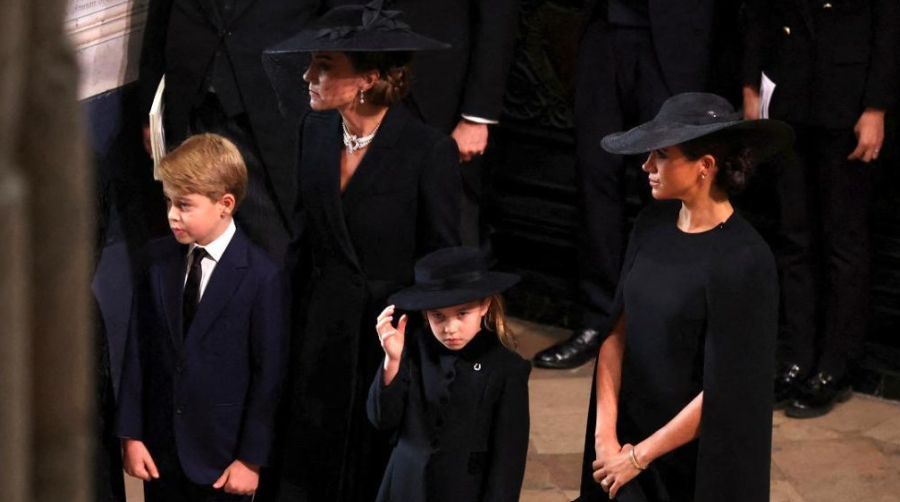 William and Kate spent the previous week giving great consideration to the question of whether or not to include their two oldest children in the procession and ceremony.

After the passing of the Queen, who was 96 years old, King Charles, who is 73 years old, delivered his first speech to the United Kingdom last week. 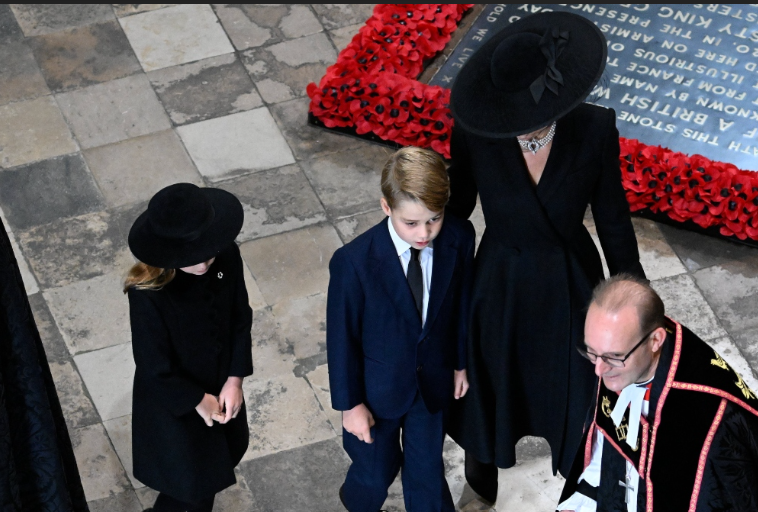 In addition to the new developments that were disclosed, Prince Charles revealed that his son and daughter-in-law, William and Kate, had been given the titles of Prince and Princess of Wales. 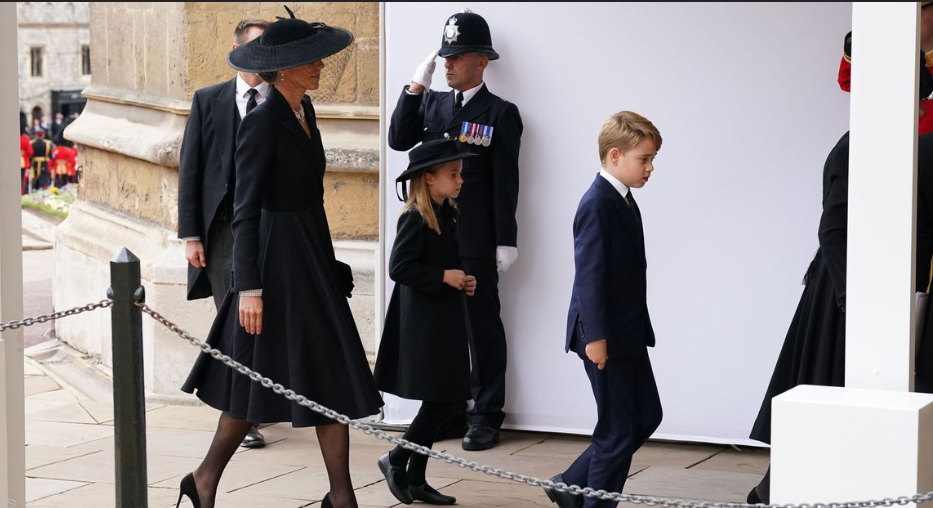