Frank Fritz, a TV star, went through a traumatic breakup that resulted in drunkenness, joblessness, and a health crisis. Fritz had an on-again, off-again relationship with his longtime partner, Diann Bankson, who is now his ex.

Frank Fritz, the presenter of “American Pickers,” met Diann Bankson when he was 25, and the couple dated on and off throughout the years. After acquiring their Iowa farmhouse, the pair got engaged in 2017 and moved in together a year later, in 2018. 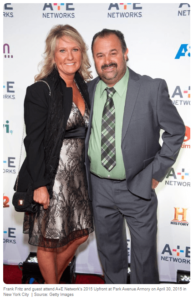 However, in November of that same year, Bankson said she “walked in” on Fritz and “found him in bed with another lady.”

Interestingly, Fritz said in an exclusive interview with The Sun that Bankson cheated on him and even got a tattoo to remind him of her “betrayal.” He stated that he wanted to marry her. 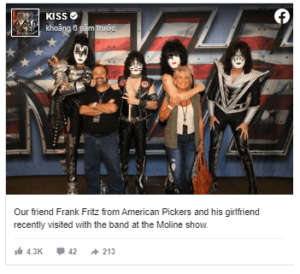 “I was planning to marry; I got a home and a large, expensive ring, and then I discovered my fiancée had been dating someone else for two and a half years,” Fritz explained.

“She’s the cheater, which is why I got a tattoo that says ‘Once a cheater, always a cheater,'” the Iowa native stated, adding that he got the tattoo to warn him not to make “the same mistake again.” Bankson, according to Fritz, “cost” him a lot of money. 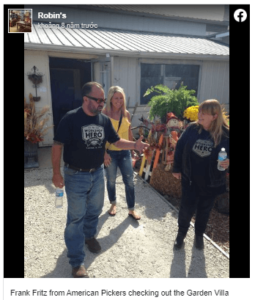 To soothe his shattered heart, he began drinking, noting that it was his method of dealing with the breakup. He lost weight in addition to drinking heavily.

“I gave it my best try.” I attempted to drink her away.

Fritz eventually stopped drinking, but he opted not to date for a while following his separation from Bankson since he had been “stung hard enough.”

Meanwhile, Fritz lost his job after a long run on the History Channel’s “American Pickers.” According to The Sun, Fritz left the reality show following one episode in March 2020.

He has subsequently attempted to return to the program following his recovery from back surgery. Fritz claimed that now that he had fully recovered, he was ready to return to the position he had had for over a decade:

“I’d want to return to the show.” “I’m fully recovered now, and I’m eager to go back on the program.” 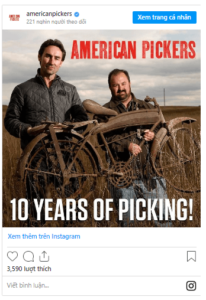 However, Fritz revealed that the network had not provided him with a definitive statement on his future comeback. He did receive a call from a showrunner who promised to contact him, but he has not heard from them since.

According to TMZ, the TV show has “no plans” to bring back Fritz, who has been a regular on the show since 2010. 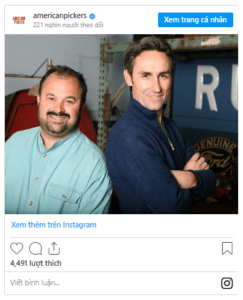 He also discovered that his old business partner, Bankson, had moved on to another guy. According to the Sun, Banksman started dating Eric Longlett, an engineering administration manager.

Bankson introduced her new beau during a family graduation in February 2022. She raved about him on Facebook a month later, thanking him for organizing her birthday. She said that he took her on tour to watch Elton John play and that she shared the musician’s birthday: 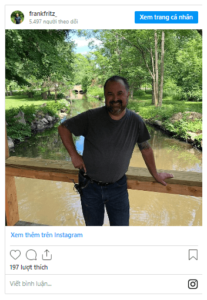 Fritz was hospitalized months later, on July 4, 2022, following a stroke. A buddy found him on the floor of his house. The US Sun received 911 calls from Fritz’s Iowa farmhouse, showing that he couldn’t talk because “he could be seizuring, I’m not sure.”

Fritz’s father, Bill Fritz, exclusively informed the journal that he was doing better and that his health was improving on a daily basis, weeks after being hospitalized.

However, it was discovered that Fritz’s health was not improving, so he was placed under care. He was sent to a nursing facility after being hospitalized.

On August 18, 2022, his “longtime friend” is said to have asked an Iowa court for an emergency appointment of a temporary guardian and conservator for him. 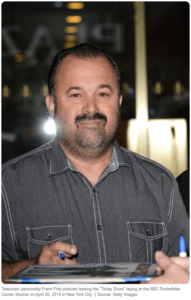 According to the US Sun, Fritz’s friend has been designated as his guardian, and a bank has been chosen as his conservator to monitor his funds.

It would be liable for his facility’s care, including daily costs, health insurance, renovations, and property taxes. The bank would also make certain that he had adequate transportation for activities and medical appointments. 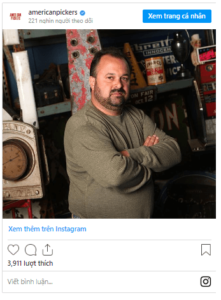 In the meanwhile, Fritz’s guardian has been assisting him “in decision-making since the stroke” and has been compelled to create an “initial care plan” for him.

Fritz’s living circumstances, present domicile, health state, and healthcare requirements, facilitating involvement in his activities, and communication with his loved ones and romantic partners would all be part of the planning. The guardian is also required to provide an annual report.

Fritz was hospitalized for a month following a stroke, and documentation revealed his condition was severe. He was considered incapable of making rational decisions for his own interests, safety, or healthcare, according to the documents, “without which bodily damage or sickness may ensue.”

Furthermore, the records indicated that his condition had deteriorated to the point that he was unable to “make, discuss, or carry out crucial choices about his own financial affairs.”

Furthermore, court documents indicated that the TV personality “lacked decisional ability.” They added that choices must be made on his behalf while he heals and continues to “get care for his injuries.” It covers his upkeep and placement.