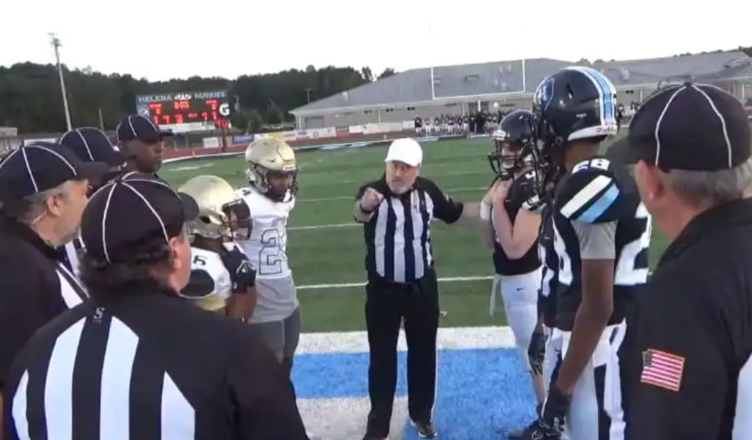 Army Major Fred Grooms Jr. made it a point to be there for all of his son’s significant life moments, in spite of the fact that his job was very time-consuming.

However, he was unable to keep his pledge since he was stationed in Kuwait for a full year. As a result, he planned a surprise get-together for his son, Fred Grooms III. 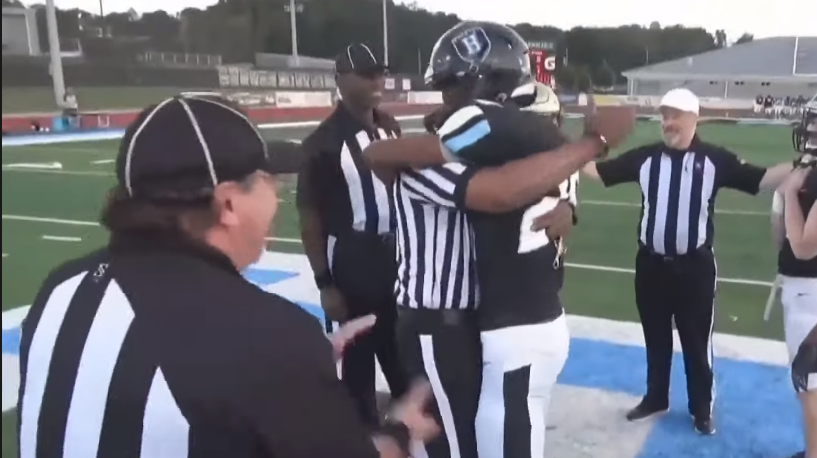 It took place before to the football game in October at Helena High School, where the freshman is a defensive back.

A few days before the occurrence, Major Grooms Jr. was busy carrying out his responsibilities on the other side of the planet.

It was originally planned for him to come home in November, but his commander gave him permission to go in the middle of October so that he could attend the last regular season football game for his son’s team.

As a result, Major Grooms Jr. traveled all the way from Kuwait to Alabama, landing at his house in the wee hours of the morning. He went inside his home and concealed his belongings and himself until the morning, when all of the children had left for school.

After that, he got to work carrying out his plan. During the time that little Fred was in school, Major Grooms Jr. changed into the outfit of a football referee.

On the day of the big game, the ecstatic father showed up at the high school about 5 o’clock and scurried off to a concealed location in the field house.

While the players were walking back to the field house before the junior varsity game, Major Grooms Jr. slipped onto the sidelines and donned a protective face mask beneath his official’s hat to disguise his face.

Before it was time for kickoff at six o’clock, all of the players gathered in the center of the playing field for what Fred assumed would be a typical coin toss. He was completely unaware that his father was really posing as one of the refs the whole time! 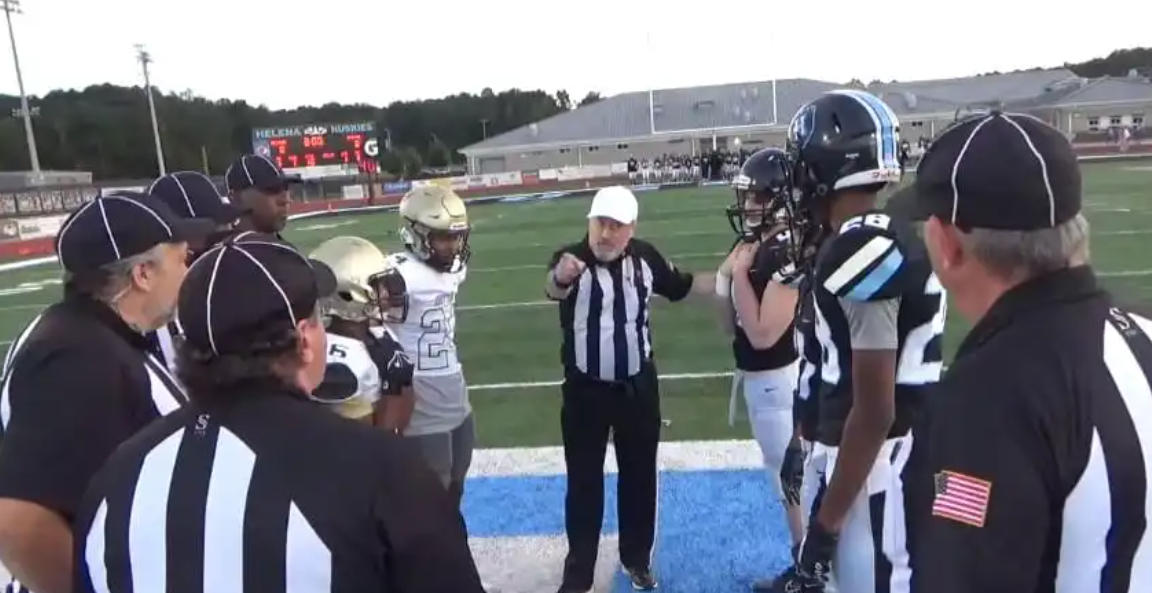 In order to perform the coin toss, the chief referee brought all of the players together at the 50-yard line.

Then, he gives the players an odd assignment: they are to take a close look at the faces of the referees and commit them to memory. Fred did what was expected of him in spite of the bizarre instructions, which left him bewildered. 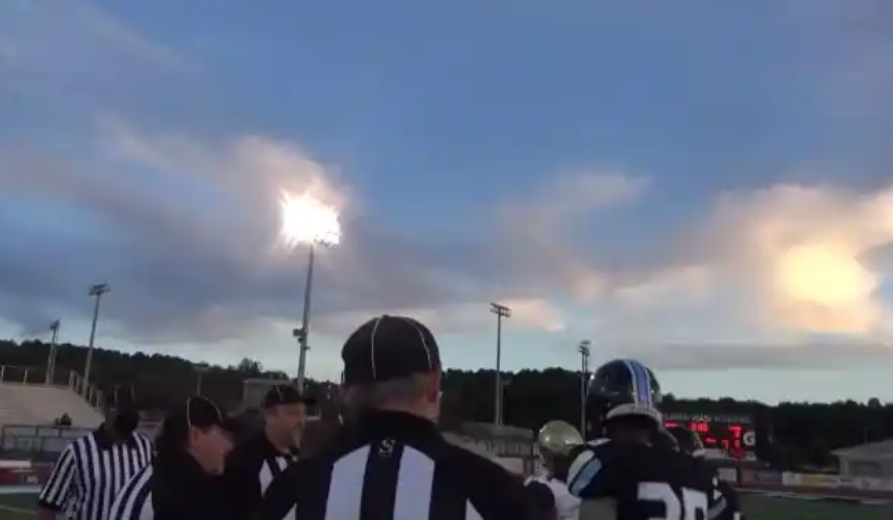 He glanced at each member of the crew that was refereeing the game, but he was unable to identify his father since he was still wearing the mask he had been given.

After Major Grooms Jr. succeeded in disguising his identity, the two of them clasped hands and then embraced one another for an extended period of time. 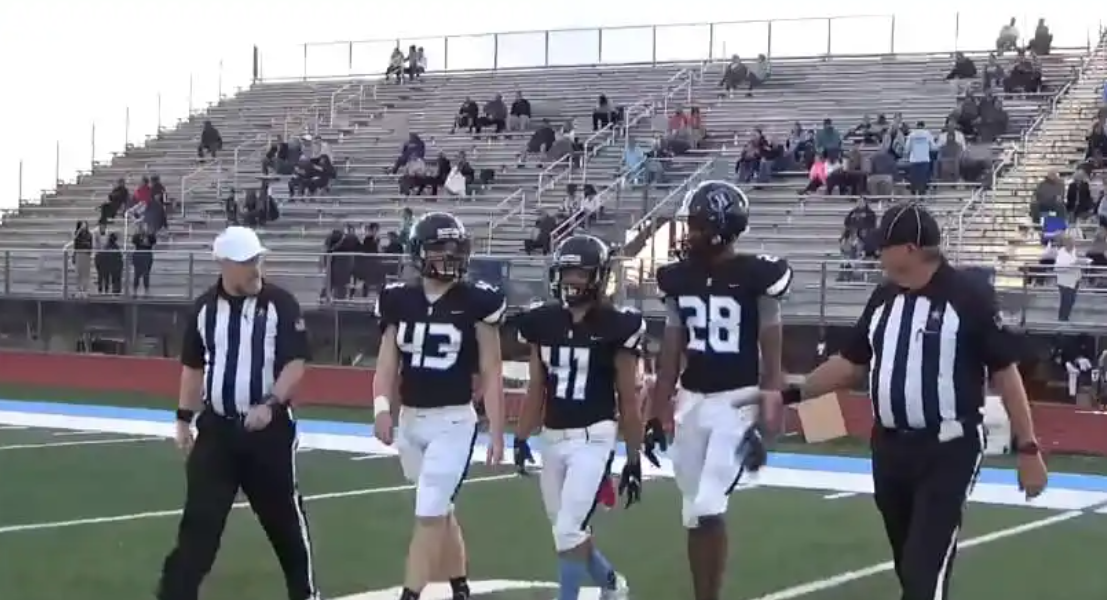 After receiving applause from the onlookers, one official expressed gratitude to them for “allowing us be a part of this.”