Robby Benson has been married to Karla DeVito for four decades and still considers her to be the most fantastic person he has ever met. She was there for him at the most trying times of his life. They have successfully raised two lovely children and are now proud grandparents.

Karla DeVito is more than just actor and director Robby Benson’s wife. According to him, she is his hero and the one who has stuck by him through the most difficult times of his life.

The couple met 40 years ago, yet their marriage remains one of the most admirable romances in Hollywood history. And yet, when they met, romance was the last thing on DeVito’s mind. 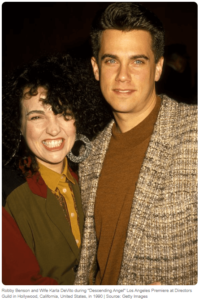 They initially worked together on the 1982 film “The Pirates of Penzance.” Benson, a loner, was going about his business as usual until Dan Berlinghoff, the show’s producer, paired him with DeVito for lunch.

At first, DeVito didn’t give Benson much attention, but the two eventually learned they had feelings for each other. She thought him to be a wonderful and humble person, and she was captivated by his creativity. Even so, she had no intention of falling in love. She remembers:

“I was on a good path, and I wasn’t expecting to fall deeply in love with anyone.” 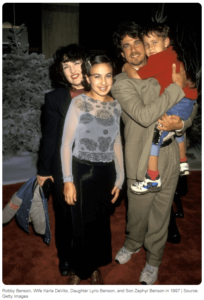 They walked down the aisle on July 11, 1982, and there was not a dry eye in the house as they performed the duet “Believe in Fate” during their wedding.

They had their first child, Lyric, the following year, and their son Zephyr in 1992. They refer to their meeting as fate and are still going strong after more than four decades.

Benson’s life couldn’t have been better. He was a heartthrob actor with a stunning rocker wife and a body that many admired. Everything appeared to be in order; he was intellectually and physically strong, even finishing the New York Marathon in 3 hours and 5 minutes in 1983. 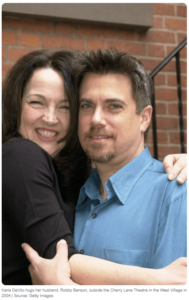 That would be the first of multiple open-heart procedures he would need to endure to fix his heart, which the physicians had botched. The bovine valve he received lasted him well for more than 13 years, but he needed a second open-heart surgery in 2000.

It was a horrible experience! He recalls waking up in the intensive care unit believing that everything was terrible. He was in tremendous pain and couldn’t breathe. Worse, because his wrists were bound, he couldn’t inform his wife that he was suffocating! 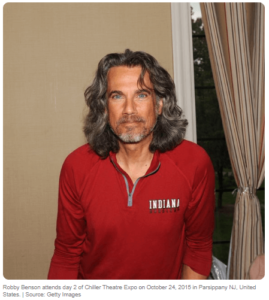 He recalls attempting to shift his gaze back and forth so his wife would see his bound hands, but his hands were neatly tucked under the white blanket. He states:

“I felt helpless. Something was wrong; I was screaming in my head. “I can’t breathe!”

The nurse ordered DeVito to leave the room so Benson could rest, but when she returned an hour later, she tried to touch his hands only to discover they were bound. 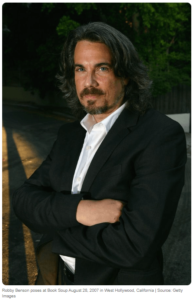 She refused to let the nurse untie her husband’s hands. Even as his worry increased, Benson claims he couldn’t stop laughing at the scenario. He remembers:

“Because the nurse was so vicious and reveled in her harshness, it provided for fantastic comedy.”

Despite not breathing normally after the second operation, his physicians disregarded it as a mental issue, asking him what he anticipated to feel following two open-heart surgeries. 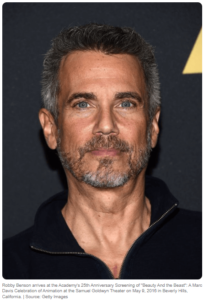 Benson suffered from breathing problems for the next six years, but he was determined to put the traumatic incident behind him and continue providing for his family as best he could.

Finally, in 2004, Benson had his third open-heart surgery to repair what physicians believed was a small pulmonic valve but was actually a poorly stitched pulmonary nerve.

Robby attributes his survival to his wife.
Benson kept his heart difficulties to himself for the duration of his illness, confiding exclusively in his wife. He informed his coworkers that he was experiencing fatigue or indigestion. He would find out later that telling people about his heart problems would hurt his career. 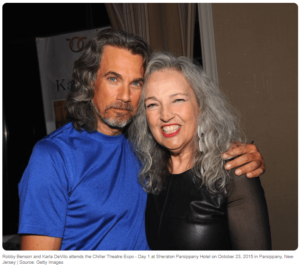 According to Benson, actor Rod Seiger sat him down and informed him that no one would hire a sick actor. He recalls Seiger’s words of wisdom:

“He told me that if something happened to my heart, I should never tell anyone.” “It’s professional suicide.” 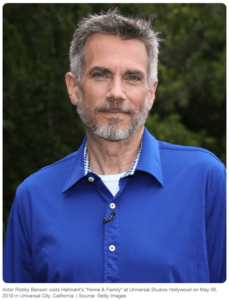 Throughout all of those difficult moments, he could always depend on one person to be by his side—his wife. She became his most important supporter as well as his health champion, and he attributes his recovery to her.

“She assisted me in finding physicians.” “She made certain that I was receiving the finest possible care and medication.” “Because of her, I’m still alive.”

“She has been my advocate and has led me through everything.” “I don’t think I would have made it without her.” He compliments his longtime wife. 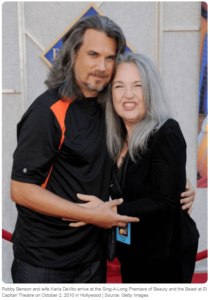 Benson attributes his recovery to his wife, stating she was vital in helping him restore his health. It’s no surprise she only has good things to say about her.

During an interview with Smashing Interviews Magazine, Benson described his wife as “the most incredible human being [he] ever encountered in his life” and expressed gratitude for the opportunity to marry her:

“When we’re together, looking into each other’s eyes, and we have each other, we can manage anything.” 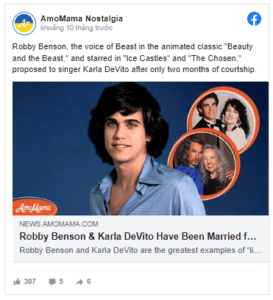 Theirs has been a difficult path, with many ups and downs, but they have triumphed together. They celebrated their 40th wedding anniversary in July and are still as madly in love as they were decades ago. They are doting grandparents in addition to having two lovely children together!