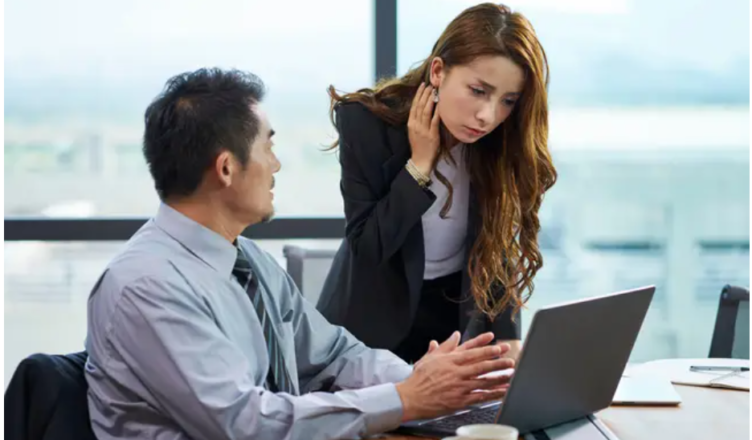 It has been brought to light that a manager implemented an unreasonable rule that severely penalized employees and contractors for being even one minute late to work.

Even though being on time to work is considered to be proper business etiquette, there are limits to the amount of consequences that should be handed out to tardy employees. 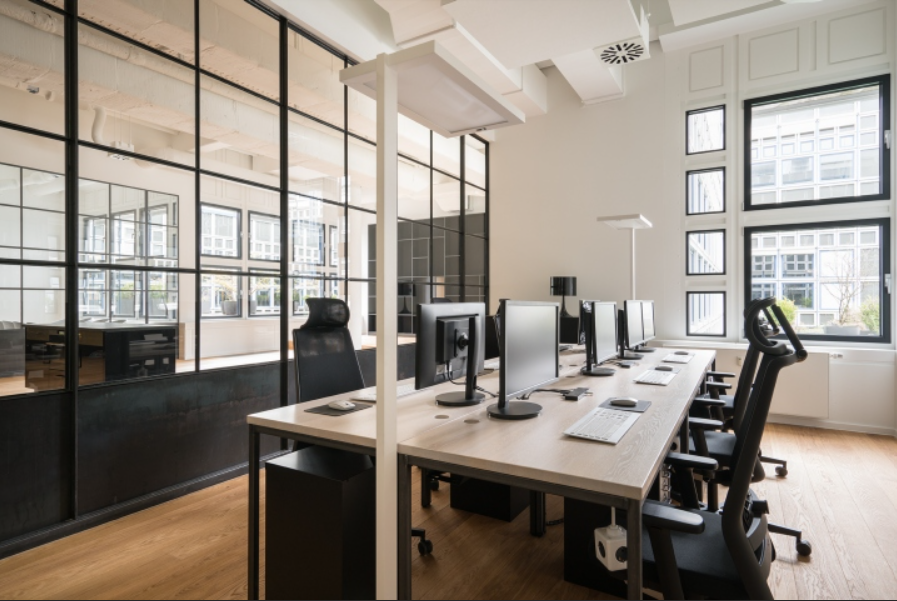 Someone who had previously worked at the office shared the rule on Reddit, where it has been analyzed and criticized as an overly stringent form of control. The post that explained the regulation was titled “Shout out to the worst place I have worked (minimum wage, of course)”

People could not believe that a manager would implement such a stringent regulation, much alone expect anybody to adhere to it. As a result, it quickly spread around the internet. 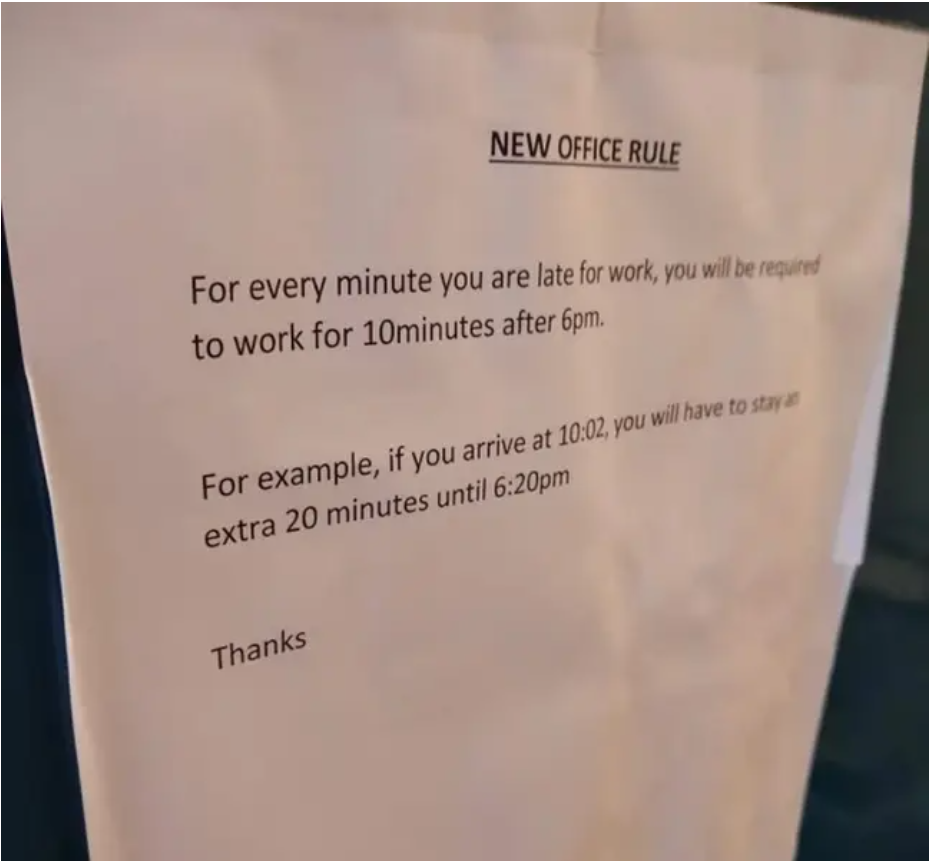 The excessive rule was quickly ridiculed by users in the comments section, with one user calling it “hilariously stupid, petty, and sad,” while another asked “do you want to lose staff because that’s how you lose people.”

Many respondents said that, should the regulation be implemented at their place of employment, they would just quit on the hour rather than comply with it. Although others suggested employees at the company could utilize the regulation to approach the boss for extra money, the original poster indicated that she was not being paid overtime for that position. 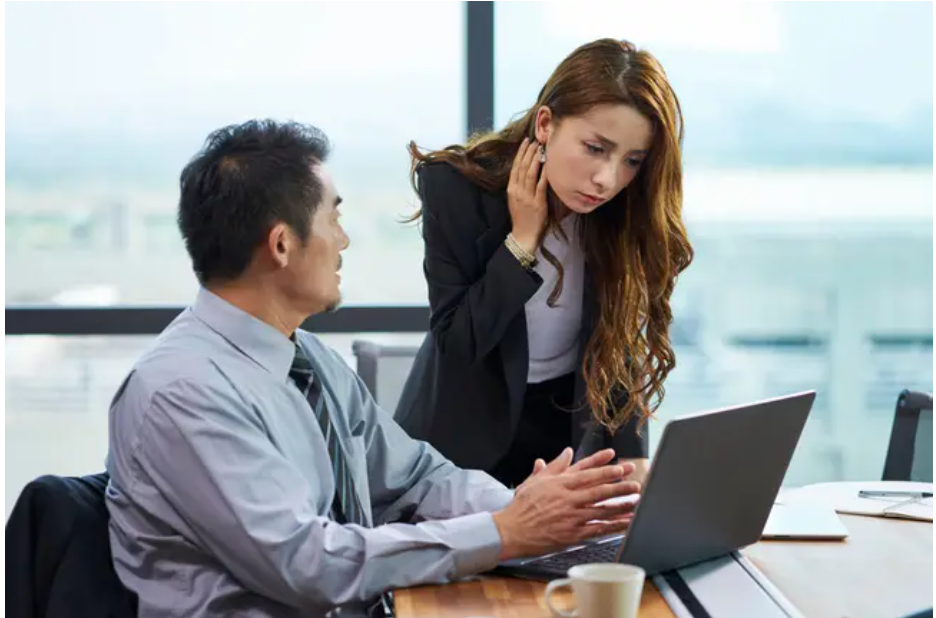 Several individuals came to the conclusion that the extreme regulation was truly unconstitutional since it would force staff pay to drop below the minimum wage if they were had to work additional hours for being late without being compensated.

Some creative users joked that employees who show up to work one minute early should be allowed to leave 10 minutes earlier as a reward for their punctuality. They argued that the regulation should apply both ways. 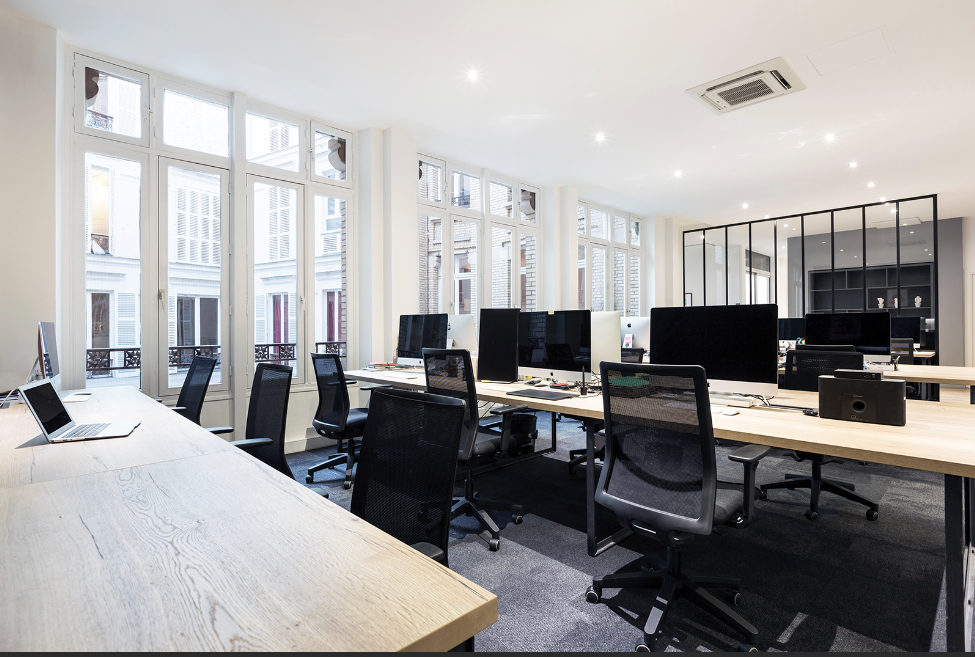 Someone immediately figured out that in accordance with those guidelines, coming at the workplace 54 minutes early would indicate that a member of staff had already completed their shift for the day.

A few of the commentators took the side of the manager, with one of them stating that “here’s a better solution, don’t be late to work” and another suggesting that “be on time or get fired.”