Carly Simon, an American artist, delivered heartbreaking news about her two siblings, who died one day apart from the same illness.

According to the Daily Mail through the New York Times, Carly Simon’s sisters, Joanna and Lucy Simon, died of cancer within a day of each other. 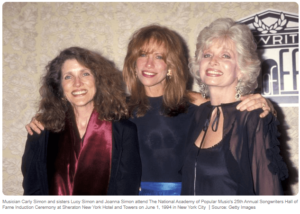 Lucy was a Broadway composer as well as a two-time Grammy Award winner for Best Recording for Children for her CD In Harmony. She was the third woman to work as a composer on Broadway, and her piece “The Secret Garden” was nominated for a Tony Award in 1991. 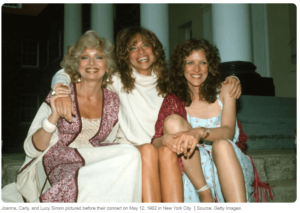 Joanna also won an Emmy for a piece she wrote about bipolar disease and creativity. Carly is mourning the loss of her beloved sisters and has written a heartfelt tribute.

Carly Laments the Death of Her Sisters
Carly talked candidly about her siblings’ deaths to People after learning of their deaths, stating their absence hurts her:

“It breaks my heart to talk of Joanna and Lucy Simon’s deaths. “Their absence will be felt for a long time.” 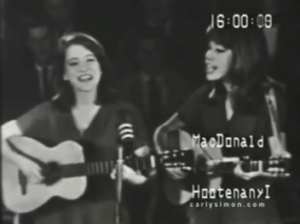 Despite her sadness, the New York native stated that she could not grieve for her loved ones “without honoring” their “great lives.”

“We were three sisters who took turns not just blazing trails but charting courses for each other.” “We were each other’s hidden treasures.” “We’re co-keepers of each other’s memories,” Carly explained.

According to Deadline, the Simon sisters’ deaths will occur on October 21, 2022. Carly said she couldn’t put into words how she felt when she realized she was the “sole remaining direct offspring” of her parents, Andrea and Richard Simon. 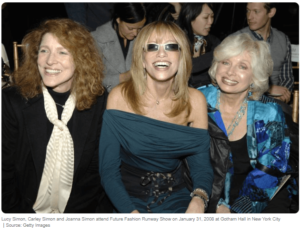 The memoirist also lost her younger brother, Peter Simon, to lung cancer in 2018. Peter, a long-time photographer on Martha’s Vineyard, died at the age of 71.

Carly’s children and ex-husbands
Carly has been divorced twice. She and her first husband, fellow singer-songwriter James Talyor, married in 1972 and were branded the “it” couple of the 1970s and early 1980s by People.

Taylor and Carly were married for eleven years before their divorce in 1983. Carly, however, claimed in November 2015, more than three decades after the couple’s divorce, that she was still deeply in love with the musician, even if he felt otherwise about her.

Despite the fact that they were not communicating, she stated, “I still want to heal him; I still want to make him all right.” And I adore him,” stated the “You’re So Vain” singer. 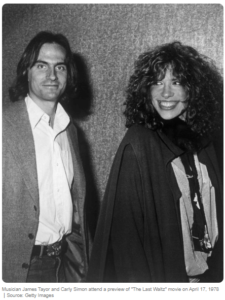 The mother of two said that, despite being abused by her children’s father, she remained “extremely” committed to him.

In her memoir, “Boys in the Trees,” Carly described her turbulent relationship with Taylor and revealed the writing process that allowed her to reevaluate their relationship. She stated that she understood that she might “love” someone and not be loved back.

The “Coming Around Again” singer admitted she had no idea why Taylor wasn’t talking to her. 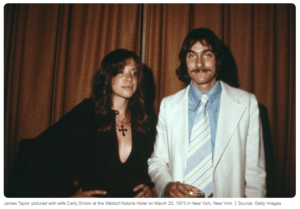 The former couple had two children together, a daughter, Sally, and a son, Ben, before splitting up owing to Taylor’s heroin addiction and both parties’ adulterous activities.

Carly admitted that she had feelings for Taylor long before they met. While walking home with her brother, she noticed his portrait on the cover of TIME magazine. 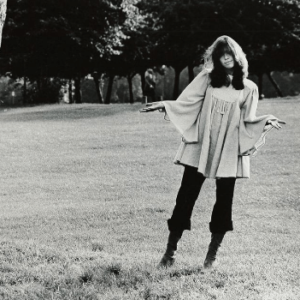 The children’s author revealed that when she saw the photo, she immediately promised her sister that she would “marry” Taylor someday, which she did:

“I saw his photo on the cover of TIME magazine while walking home with my sister and said to myself, “I’m going to marry that man.” “And that actually happened.”

Following their divorce, Carly said that she tried to dull the agony by using drugs, but her experience was not so severe that she became hooked. Notably, she stated that Taylor’s addiction was not the primary reason they decided to call it quits and that many other things were at play.

Carly and the six-time Grammy Award winner split up amicably, but she still lives in the mansion they shared on Martha’s Vineyard, which was originally his. 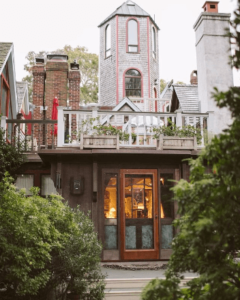 According to the New York Times, Taylor was just 22 years old when he bought the 175-acre property with the proceeds from his first record contract.

Carly, his ex-wife, has subsequently renamed the property Hidden Star Hill. There are two barns, a horse stable, and a gazebo on the property. In June 2018, the site said that the property was home to two miniature horses, two donkeys, five goats, and four dogs. 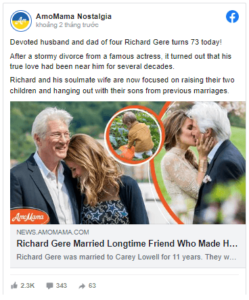 Carly was said to be living with her 12-year lover, surgeon Richard Koehler, at the time. Her son Ben and his partner Sophie Hiller were also said to be neighbors.

Following her divorce from Taylor, Carly married a poet called Jim Hart in 1987. Their marriage, however, ended in divorce in 2007 after he came out as a “gay” guy. Despite their breakup, she revealed they are still “excellent friends.”

Aside from Koehler, Carly has had romantic relationships with some of Hollywood’s most renowned men, including rocker Mick Jagger, Jack Nicholson, and Cat Stevens. Carly once said that she had a six-month romance with actor John Travolta and that he had been “more amazing” to her than any other man she had ever met.