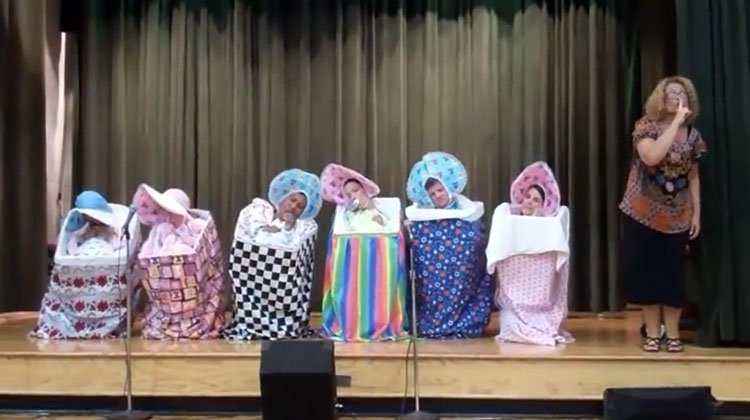 When you’re in elementary school – heck, even in middle school and beyond – it’s difficult to imagine your teachers as anything other than an authority figure standing in front of the classroom going through basic arithmetic and spelling drills, telling Johnny to stop horsing around back there, and snatching notes away from Susie.

But, before all of that, they were newborns, just like the rest of us.

And, as Wilmore Elementary School’s teachers demonstrated at a talent competition, they have the same precise needs as newborns anywhere else.

Like passing the time before lunch with toys, blankets, and rattles… 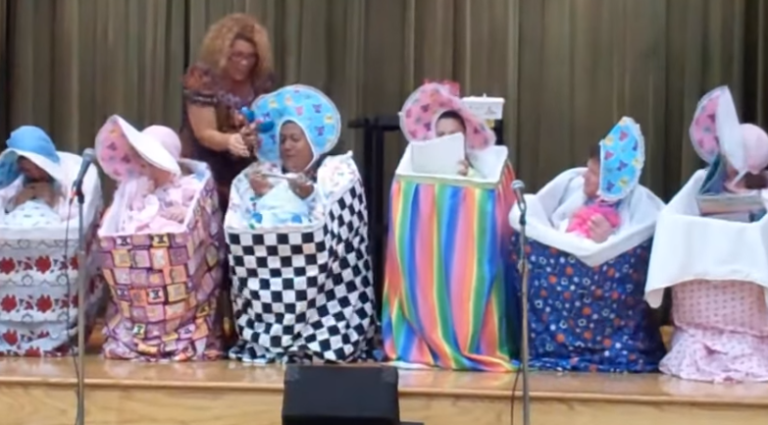 (Some babies are more thankful than others) 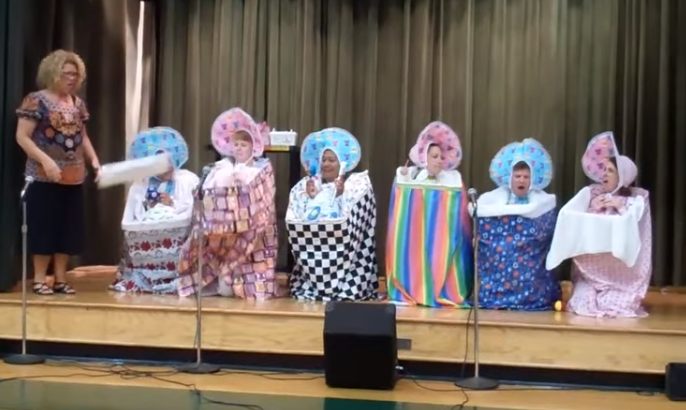 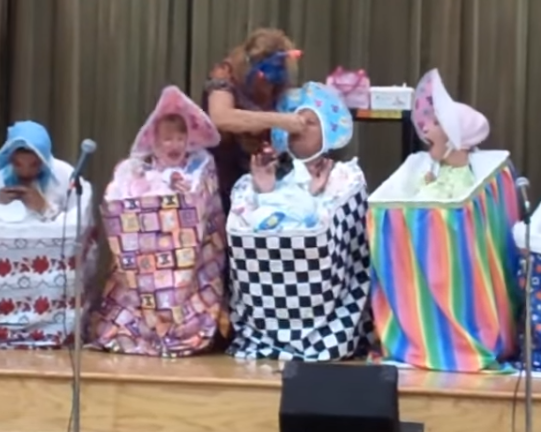 Again, some babies are much more cooperative than others. 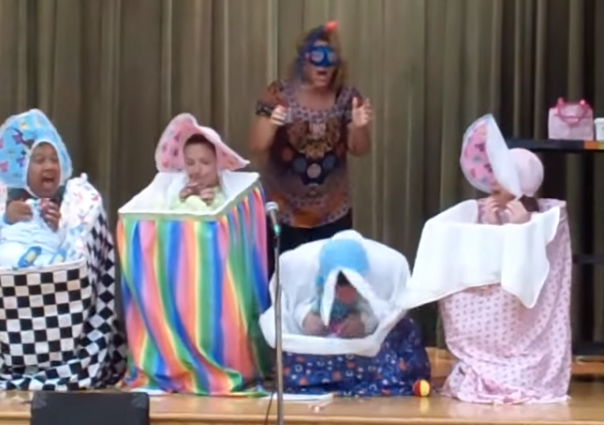 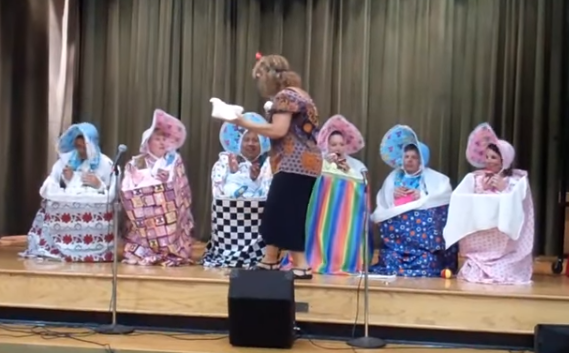 These “babies,” presumably all staff members at the school, tolerate all of this daily grind stuff to one degree or another during hilarious talent show. But when “Mom” announces, “It is time to change the babies!” that’s when mutiny breaks out.

Watch these “babies” give this Mom a hard time in the video below, and share to spread some laughter!