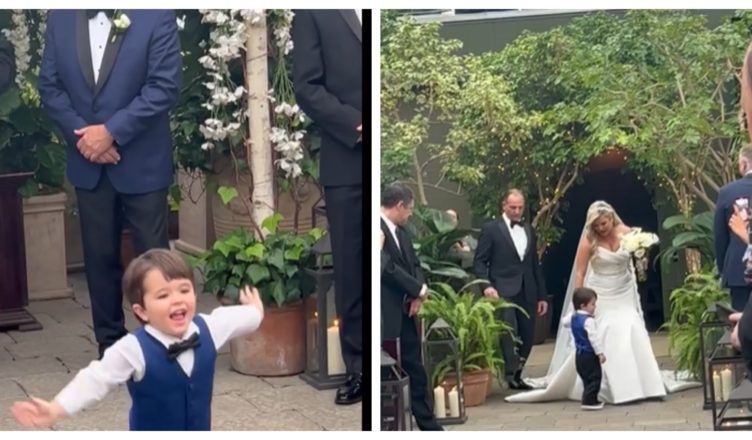 One of most iconic and heartwarming parts of every wedding is when the bride makes her way down the aisle.

It is the first time that the groom has seen his wife on the wedding day, and so he is waiting at the altar with great anticipation for her to come and stand beside him. 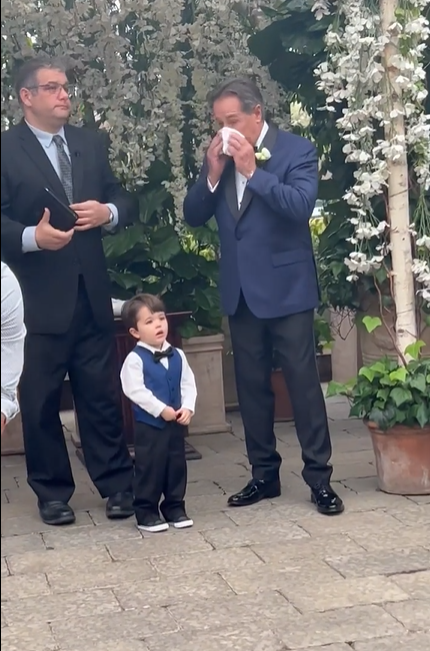 As the bride makes her way down the aisle to meet her future husband, the attention of everyone in the room is focused squarely on her.

Kristie Mihelich’s son Pierson, who was only 2 years old at the time, raced down the aisle to greet his mother, making an already amazing event a much more emotional experience for her. 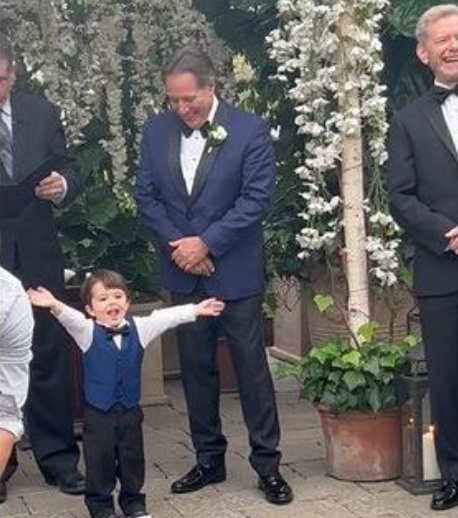 The pair first met as business colleagues but soon found themselves falling in love with one another.

The pair had originally intended to tie the knot sooner, but their wedding had to be postponed due to an outbreak of the epidemic. 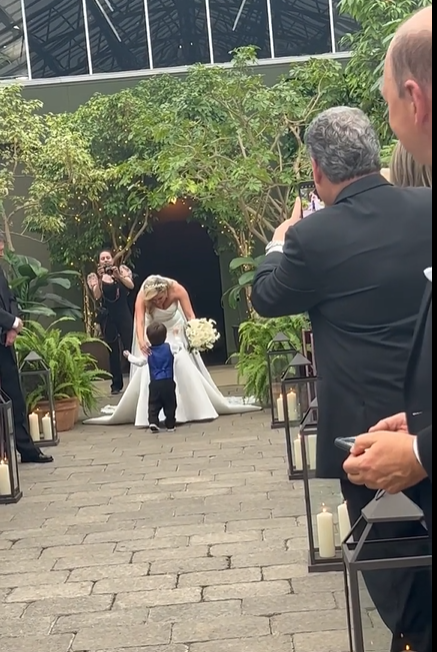 At the beginning of the service, the future husband of Kristie could be seen standing at the altar with their son Pierson, who was 2 years old and served as the ring bearer.

When the little child saw his mother approaching from the other end of the aisle, he could not contain his excitement. 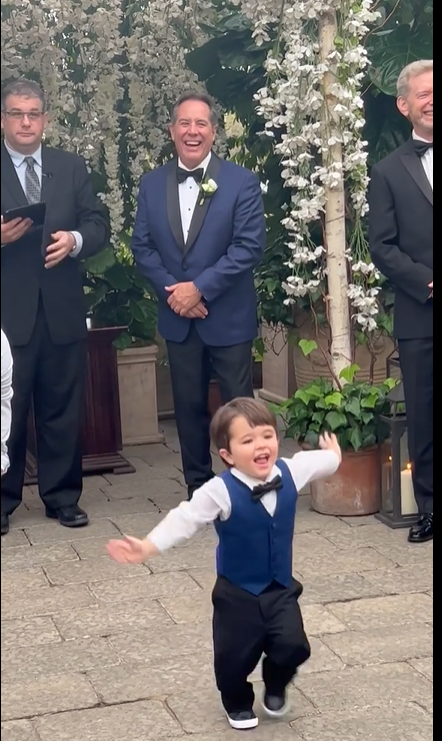 Pierson yelled to his mother as he went down the aisle to give her a hug as his father was shedding a few tears.