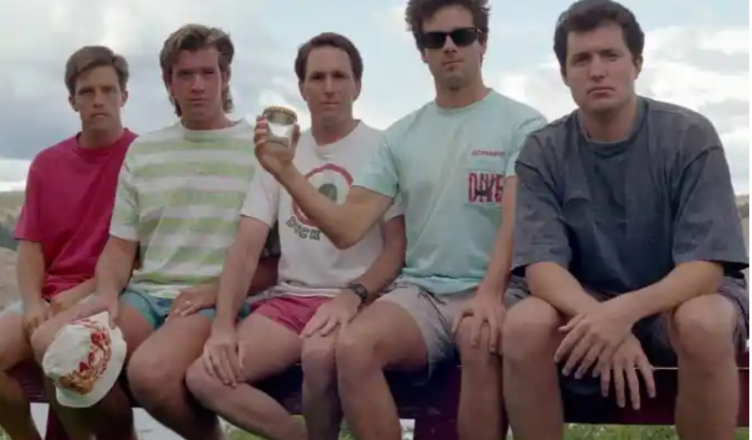 Since 1982, five friends have been taking the same picture every five years. They just posted their latest picture for everyone to see.

John “JD” Dickson, Dallas Burney, Mark Rumer-Cleary, John “Belves” Molony, and John “Wedge” Wardlaw took the ninth photo for their “Five Year Photo Project” last month. They went to the same place they had always gone, which was a pre-made cabin at Copco Lake on the border between California and Oregon. 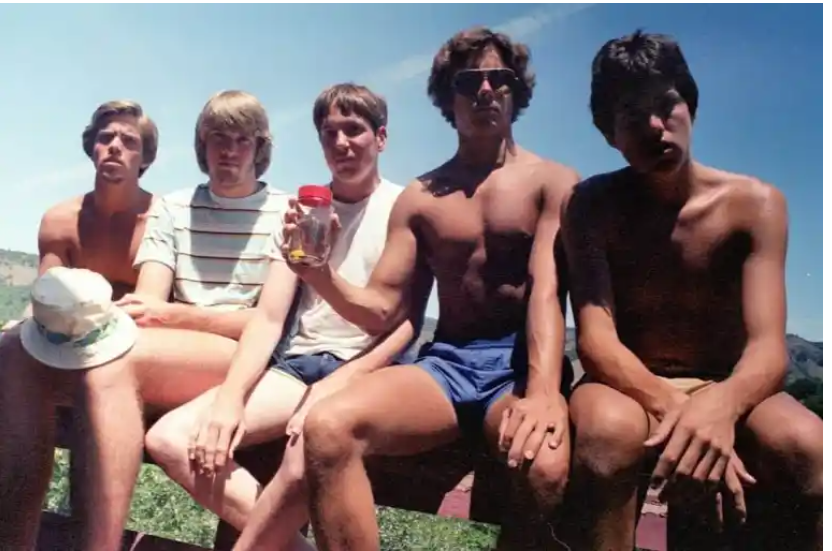 When Burney, the guy in the middle, was told he had liposarcoma, the other three men, who are all 59 (except Rumer-Cleary, who is 58), thought it might be a picture of four friends that year.

In 2019, a big cancerous growth was taken out of his left leg. He has trouble moving around, but he is still able to walk. He is very happy to be alive, “It’s nice to be back and know that the cancer wasn’t going to stop what we’re doing.” 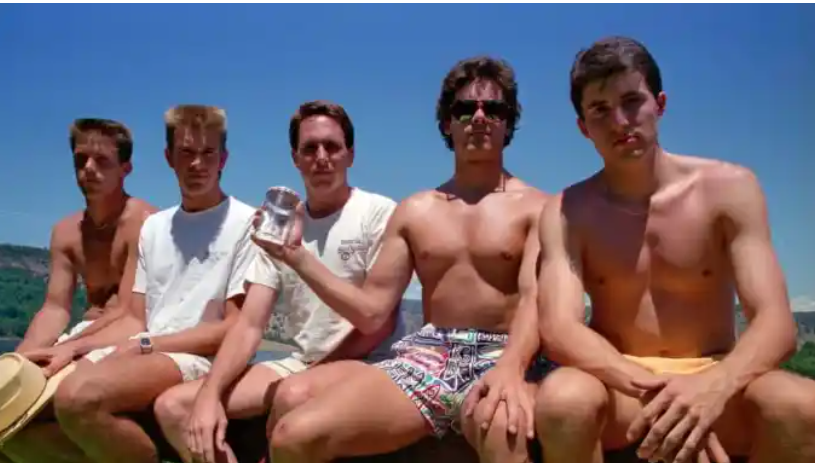 Since their last photo was taken in 2017, the group hadn’t all been together. Burney’s cancer scare and the pandemic made it hard for the group to get back together.

The night before they took their most recent picture, the men got together to eat “Wedge” tacos, which Wardlaw makes by putting meat in hard taco shells and frying them in a pan that gets so hot that he has to wear safety glasses and a glove to protect himself from splatters. 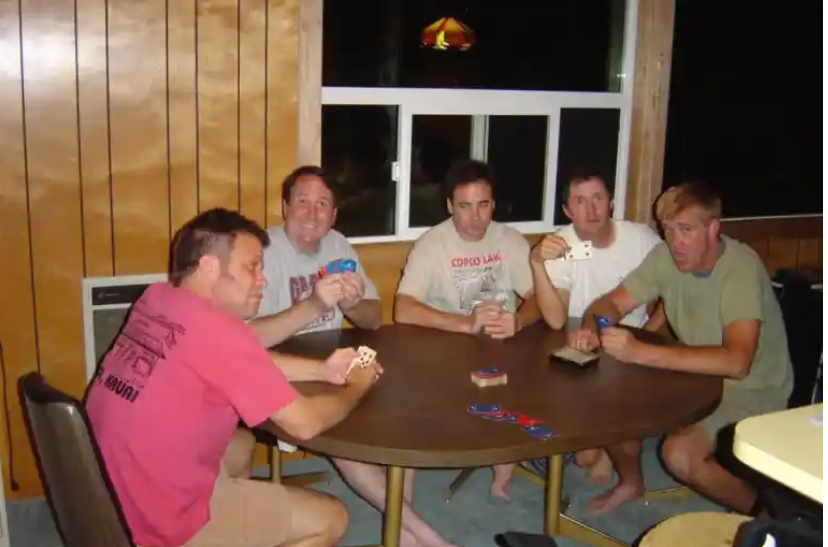 On a Wednesday, the five sat on the deck railing in the same order and with the same poses they have used since 1982. A few pictures ago, some of them even started to wear the same clothes to make the pictures look as much like the originals as possible.

All of the friends went to Santa Barbara High School, and when they were 19, they used a camera timer to take their first picture. 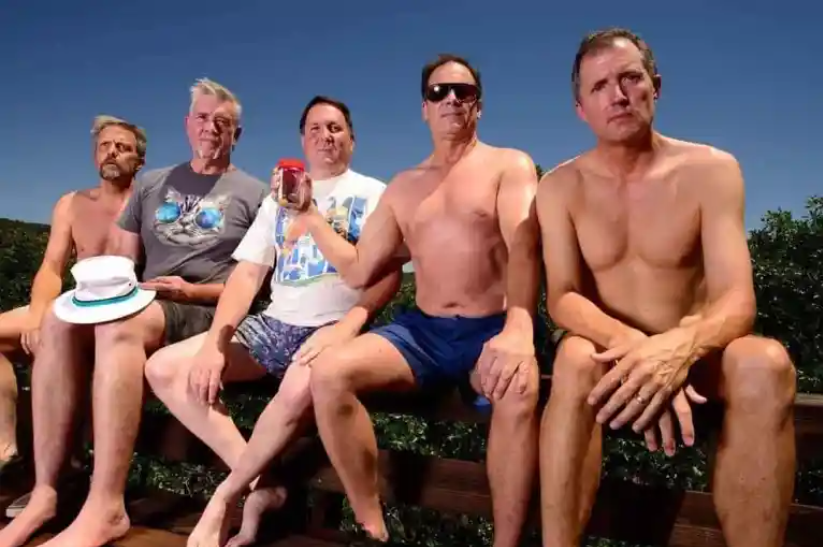 The cabin at Copco Lake where they get together was built in 1970 by Wardlaw’s grandfather.

During their trip to the lake in 1982, JD was the only one with a real 35mm camera, and he was the one who suggested they take some group photos. 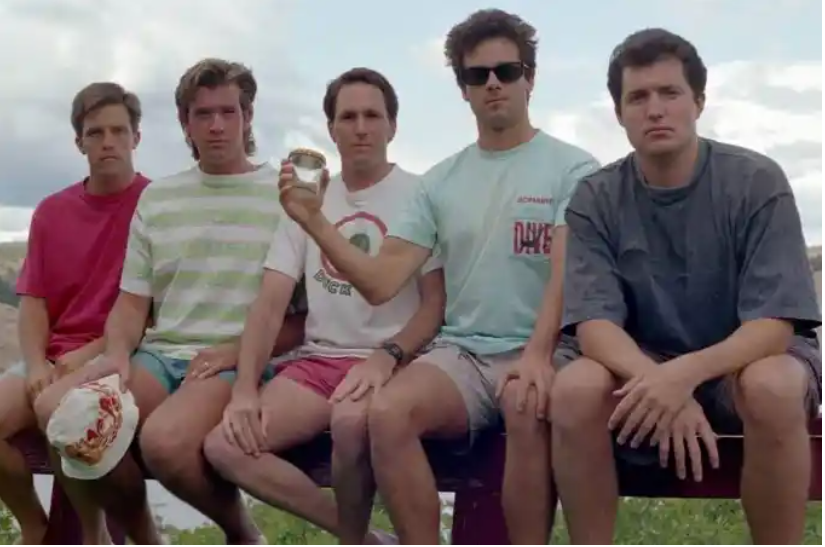 In 1987, Wardlaw was able to get all five men to go to the lake again, and he suggested making a copy of the first picture. After the first one, he has taken all the rest.

“After we took it and looked at the picture, we said, ‘We should do it again in five years.'” 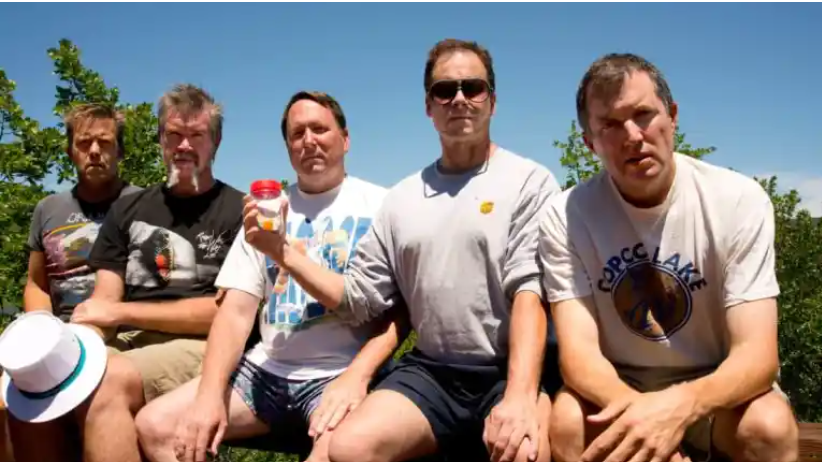 When asked how long they plan to take the picture, Wardlaw said they have thought of a few options.

“We’ll keep taking it until no one is left, and then maybe John Dickson’s son will take a picture of a deck railing where we used to sit that is empty.” These guys are lucky to have such a strong bond with each other. 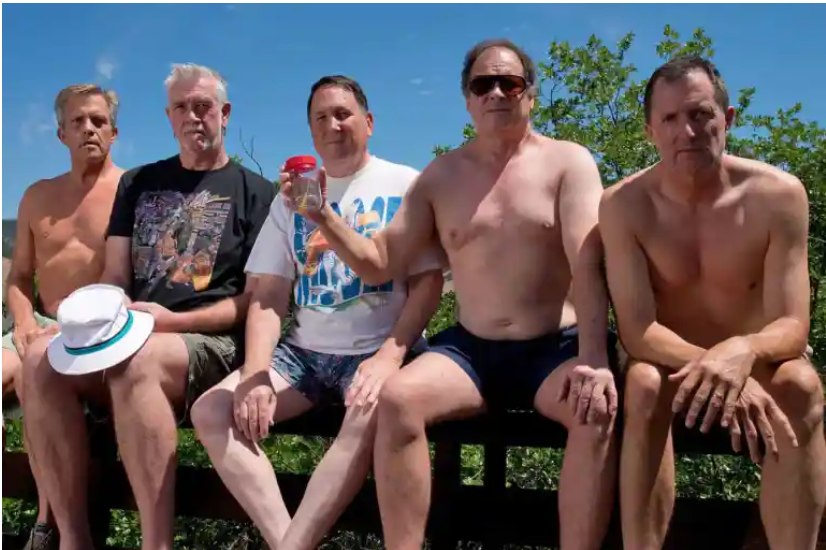