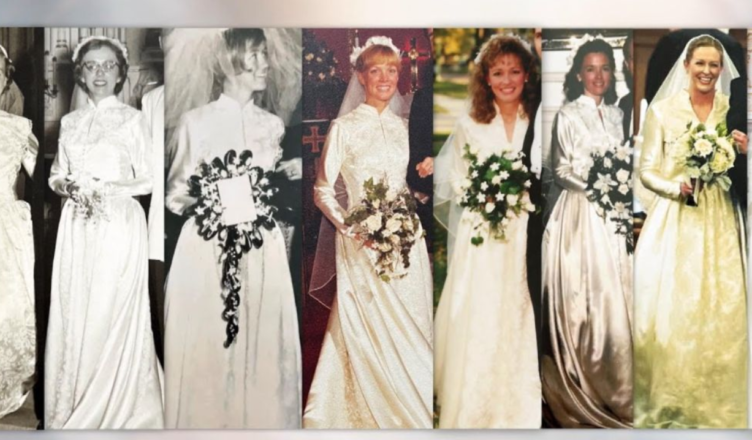 Seven decades have gone by while a family has kept alive the practice of handing down a bridal gown. The gown was worn for the first time on September 16, 1950, and most recently on August 5, 2022.

On the occasion of her marriage to Roy Stoneberg on September 16, 1950, Adele Larson made her debut in the timeless satin gown. After her, her sisters Eleanor “Elly” Larson in 1953 and Sharon Larson in 1969 arrived on the scene.

The daughters of the three sisters carried on the tradition, wearing clothes three times in the 1980s, once in 1991, and once more in 2013.

Most recently, in 2022, the dress was worn by Serena Stoneberg, the granddaughter of Adele Larson, who passed away. In Chicago, at the Ebenezer Lutheran Church, which was also the location of Adele’s wedding. 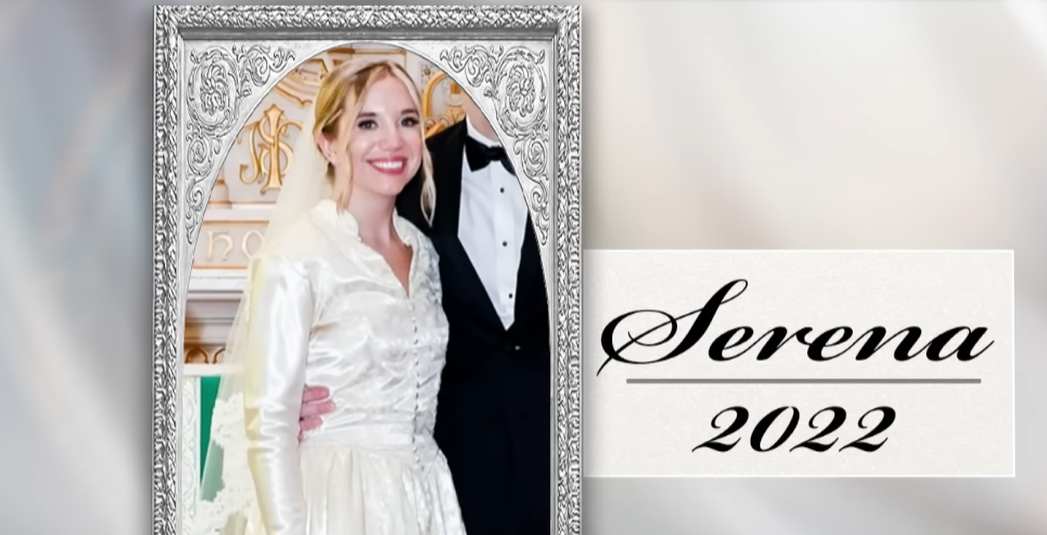 To ensure that the garment remains in pristine shape throughout the years, the family has had it expertly cleaned and preserved on several occasions. Every one of the eight women has included her own unique touches into the preparations for their weddings.

Going all the way back to the 1950s, there was never any notion at the start of this endeavor that it was going to become a tradition that would go for 10 years.

Mackey said, “So I would give that original credit to my grandmother, Anna Larson — so Adele, Elly, and Sharon’s mother — for preserving it in those early years.

When members of the subsequent generation began donning it, that’s when we became conscious of the fact that we need to protect it. Therefore, the obligation for it has been taken on by my mother Sharon.

Since she is a highly skilled seamstress, she has decided to take on that responsibility.”

She remarked, “It’s also worth emphasizing that each of these marriages has been quite long-lasting, I believe that the fact that each of us has been pulled to wearing the dress and that it united each of us is part of the legacy of the garment.”