It’s unlikely that you haven’t seen a film starring Gary Sinise. His career has been so broad and diverse that he’s played everything from cops to soldiers, and even the villain in some franchises.

Gary is best known for his role in Forrest Gump, but his career has spanned decades and he has played dozens of distinct and significant roles. 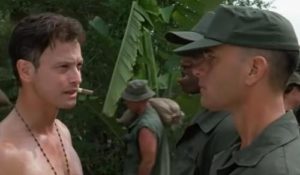 You may think that acting is Gary’s true passion with a career that withstood the test of time, but it seems as if he actually has side projects that he is more passionate about than anything. Although he’s an actor by day, the talented working man actually does things for the betterment of society in his free time.

Gary, although known primarily for his acting roles, started the Gary Sinise Foundation that gives support to active military members, our veterans, as well as first responders and the families that accompany them. 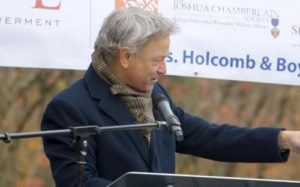 Obviously, this is an admirable foundation in which anyone can participate. Gary, on the other hand, stands out from the crowd due to his leadership role and the hard work he puts in to help others. He was surprised with a tribute in recognition of his efforts.

And when he saw the tribute that had been made in his honor, he burst into tears. The 63-year-old has also paid visits to troops stationed overseas. He was able to form a stronger bond with veterans after playing Lieutenant Dan in Forrest Gump. 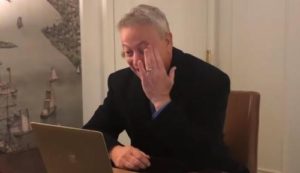 Lieutenant Dan was an injured soldier that helped him further understand the hardships that those serving in the military go through. He holds this character in a special place near to his heart because of these connections.

As Sinise’s new memoir is released, called “Grateful American,” other celebrities decided that it would be the perfect time to share a special message with him in order to thank him for his services that come from his foundation.

The celebrities included in the tribute were Tom Hanks, Ron Howard, and even Kristin Chenoweth, among many others. They also enlisted the help of some veterans to send their own special thank you messages to Sinise.

In perhaps one of the most touching messages of all, a family that received a house thanks to Sinise’s foundation sent a message from their property. Others are welcome to join in on the tributes for Sinise through the hashtag #GratefulLikeGary on social media. You can watch the tribute video below.