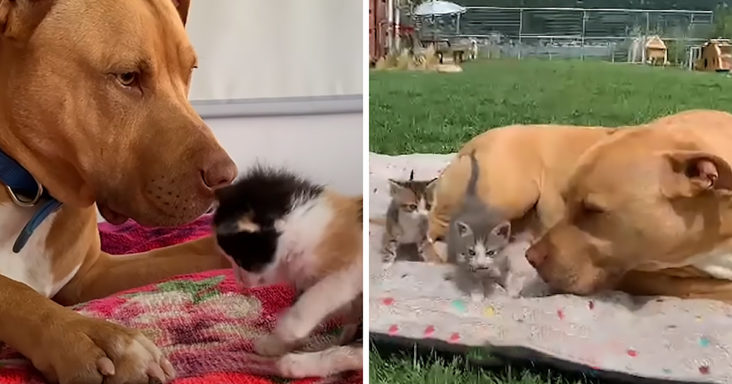 Charli recently established The Arc Animal Sanctuary, a small sanctuary in Greece. This is when she began caring for a large number of cats. Charli also had a dog named Marley as a pet. He always took care of his own affairs and led a happy life. 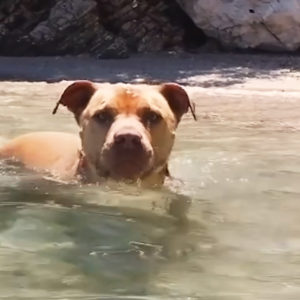 Charli brought a box of kittens home one day, and Marley found himself surrounded by kittens. The dog became completely perplexed at the sight of so many kittens. He was completely unprepared for such a large number of kitties.

Marley had no idea what those tiny four-legged animals were or why they kept crawling on him. He also didn’t understand why the kittens wanted his body head and cuddled him. Marley soon realized how entertaining it was to have those tiny kittens surround him. 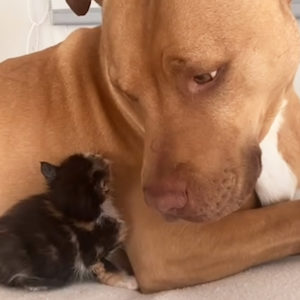 The kittens were squishy and cuddly. They loved to keep Marley warm laid on his body like little blankets. As the kittens grew up, Marley’s attitude towards them also changed. He soon began to play with them.

He would try and encourage the kittens to play ball with him. To date, Marley has raised around 30 kittens. All the kittens had grown up into adorable cats. However, many cats didn’t get adopted and stayed with Charli. 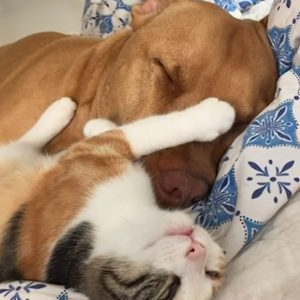 Charli used to call Marley a cat magnet. All the cats used to stick to his body most of the time. The best part was that he never really minded their presence.

The cats and Marley would sleep together, holding each other. Some of the cats also used to go out with Marley on a walk. It was clear that the cats loved Marley, and he was their favorite uncle.