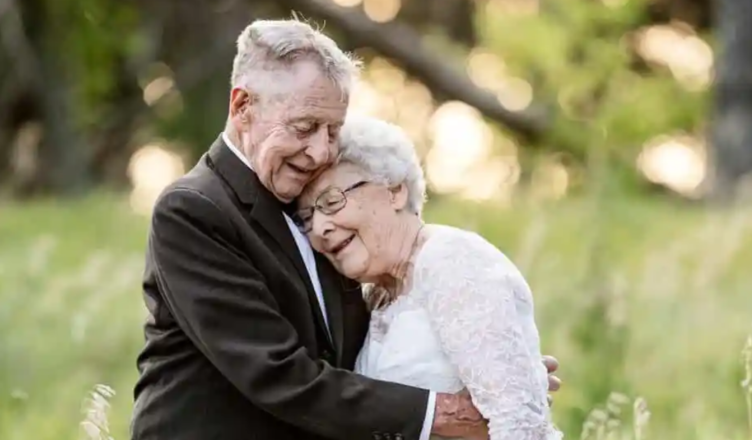 Both Lucille Stone, age 81, and Marvin Stone, age 88, have put in a lot of effort to ensure that their marriage would remain strong during the many years that they have been together.

They just celebrated their 60th wedding anniversary, which is a testament to the fact that all of their years of dedication, compassion, and hard work paid off. 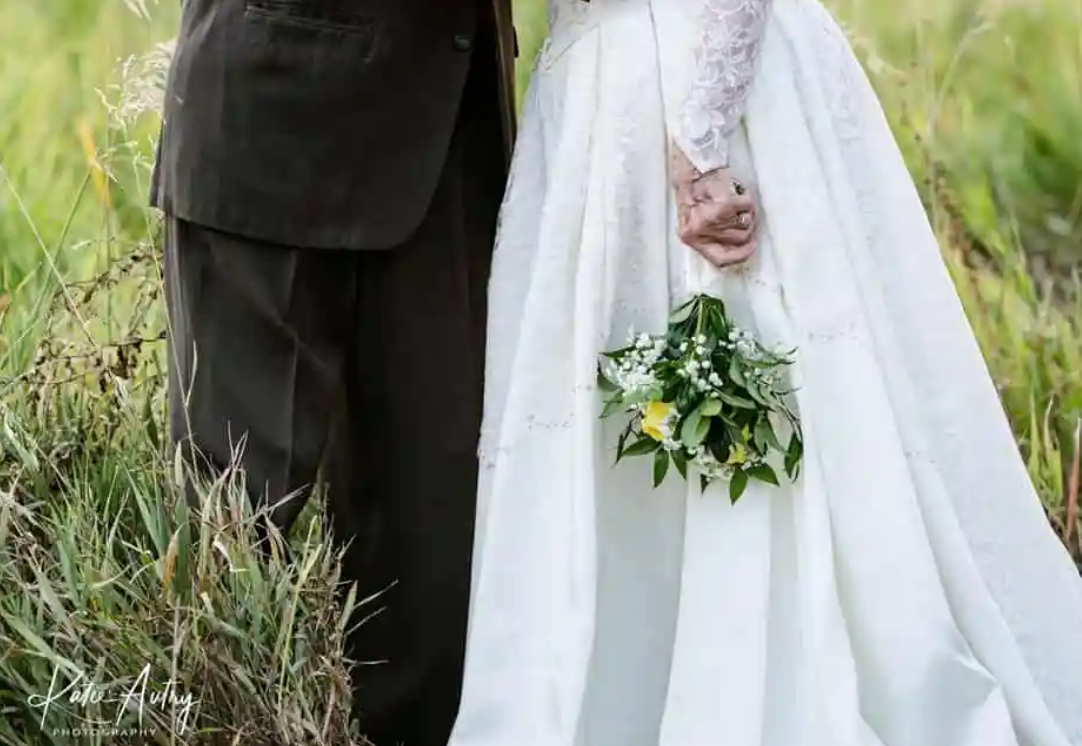 Lucille and Marvin wanted to commemorate the event by staging a photograph in which they would wear the same clothes they wore on the day that they exchanged married vows.

Katie Autry, a photographer who had previously taken family portraits for one of their children, went to the couple’s residence and posed them for pictures in the backyard of their house. 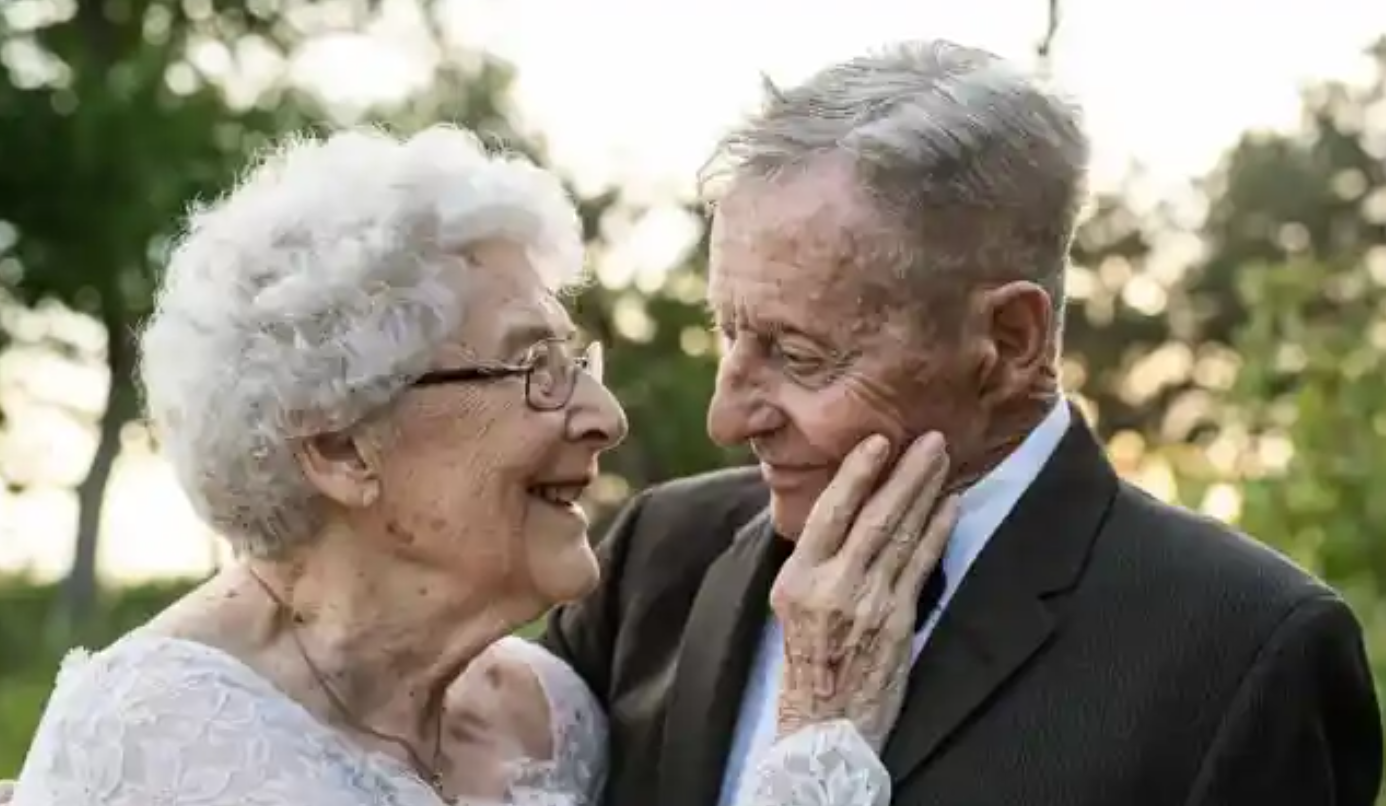 While Lucille looked extremely stunning in the gown that she had designed and sewn herself, Marvin looked quite dapper in his suit. They also donned same costumes for the images taken to commemorate their 25th wedding anniversary.

Back then, Lucille’s dress had right fit for her, but when she tried it on again, she found that she needed to make some adjustments. On the other hand, Marvin’s suit is still an excellent match for his physique.

Katie said that the photo shoot was one of her favorites that she’s done to this point. 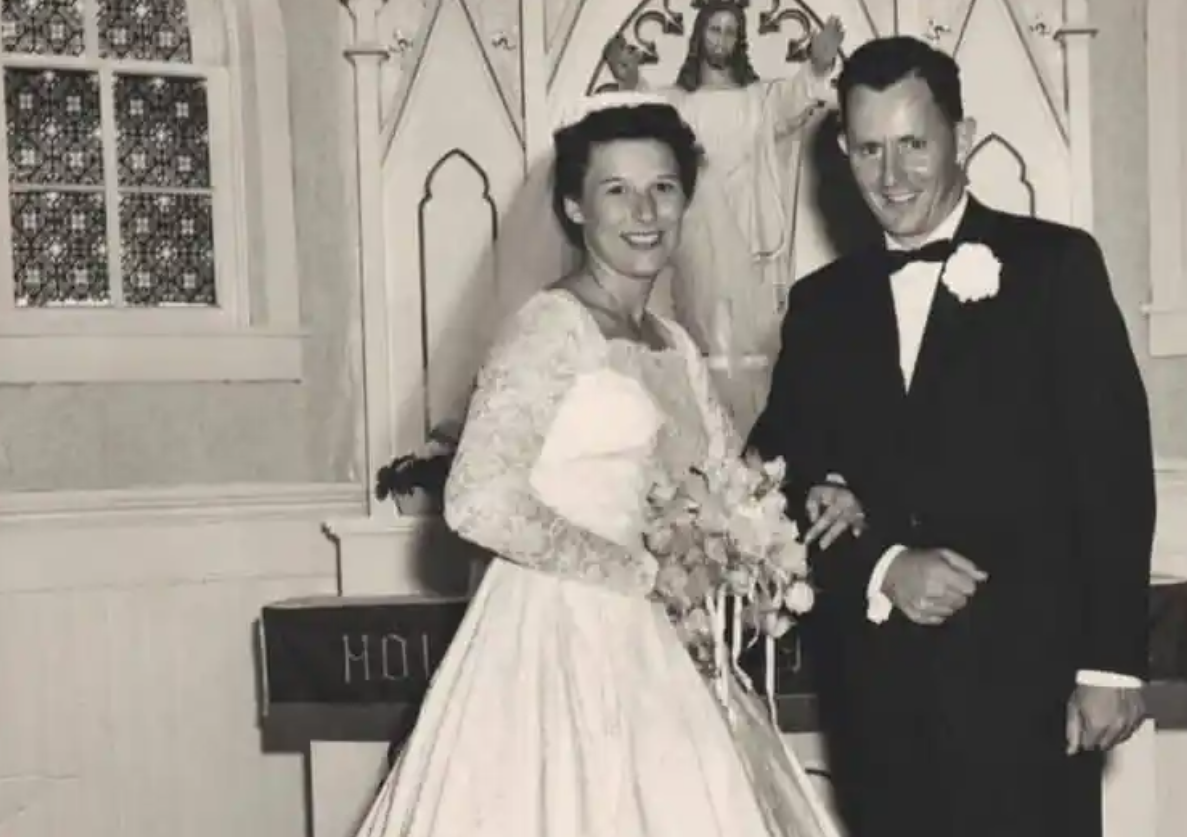 Every portrait captured the couple’s undeniable affection for one another, and the photographer freely revealed that she became emotional while working behind the camera. Having the opportunity to see the fantastic interaction that they had was a really unforgettable event for her.

Katie felt that the photographs were too valuable to keep to herself, so she uploaded them to the photography page she maintains on Facebook. It didn’t take long for the photographs to capture the attention of people all across the world. 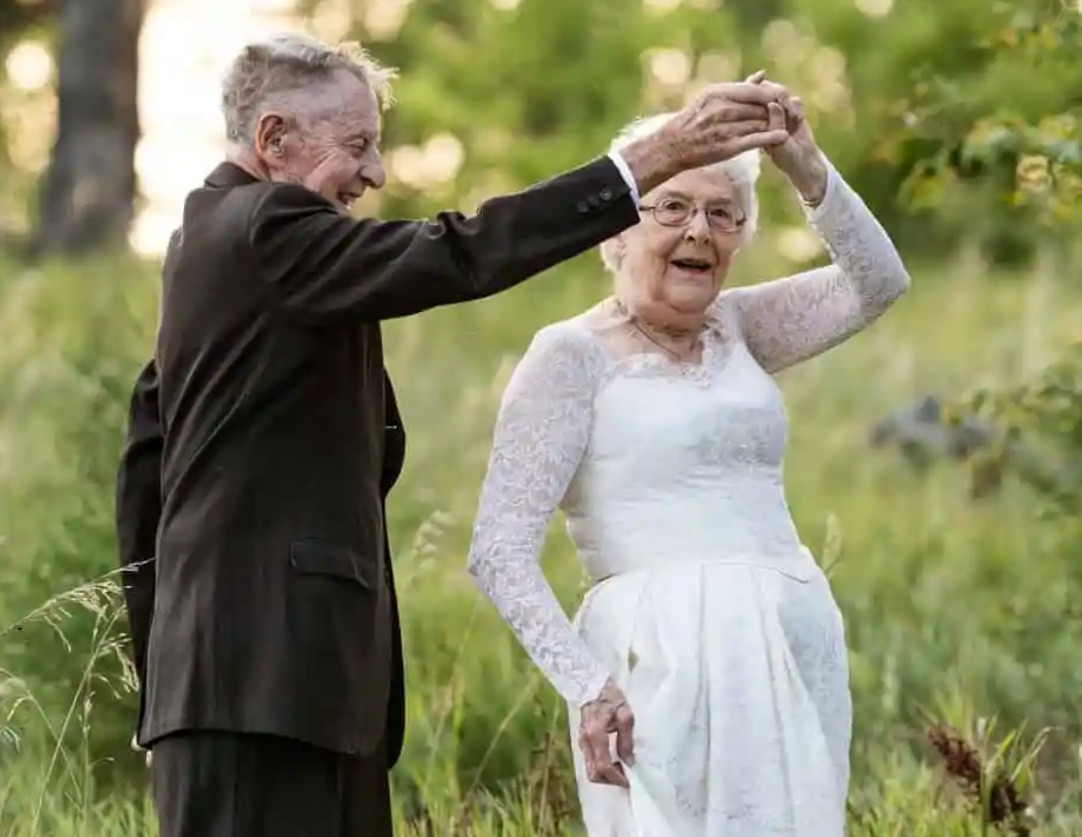 In a little Lutheran congregation in Sterling, Nebraska, on the 21st of August in the year 1960, they exchanged their vows and became husband and wife. 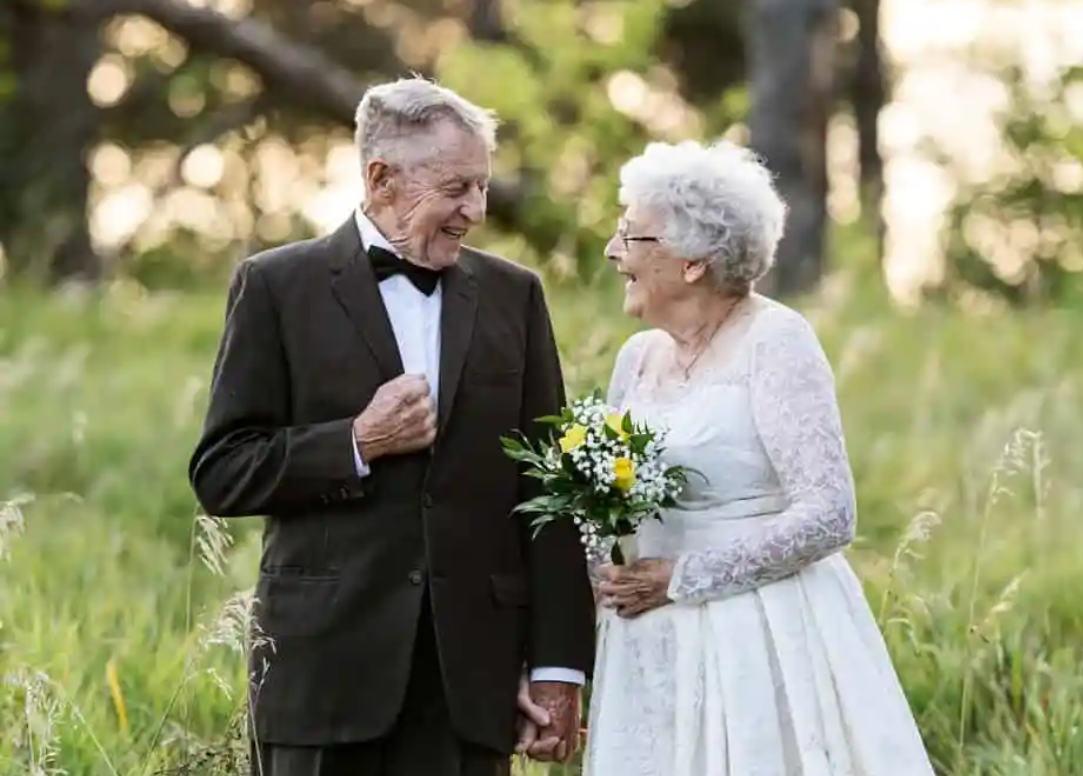 Even though they have been married for sixty years, they are still as head over heels in love as the day they spoke their vows to one another. They have three children, grandchildren, and four great-grandchildren.