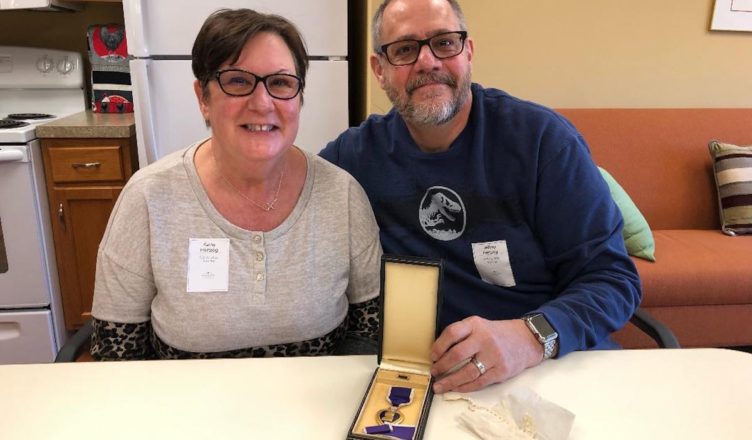 Jeff Hertzog was recently approached by a stranger who searched relentlessly so she could return his grandfather’s Purple Heart military medal.

She is not just any stranger, though. In fact, it turned out to be a second cousin, and the gesture of compassion brought members of their respective families together who had never met before. 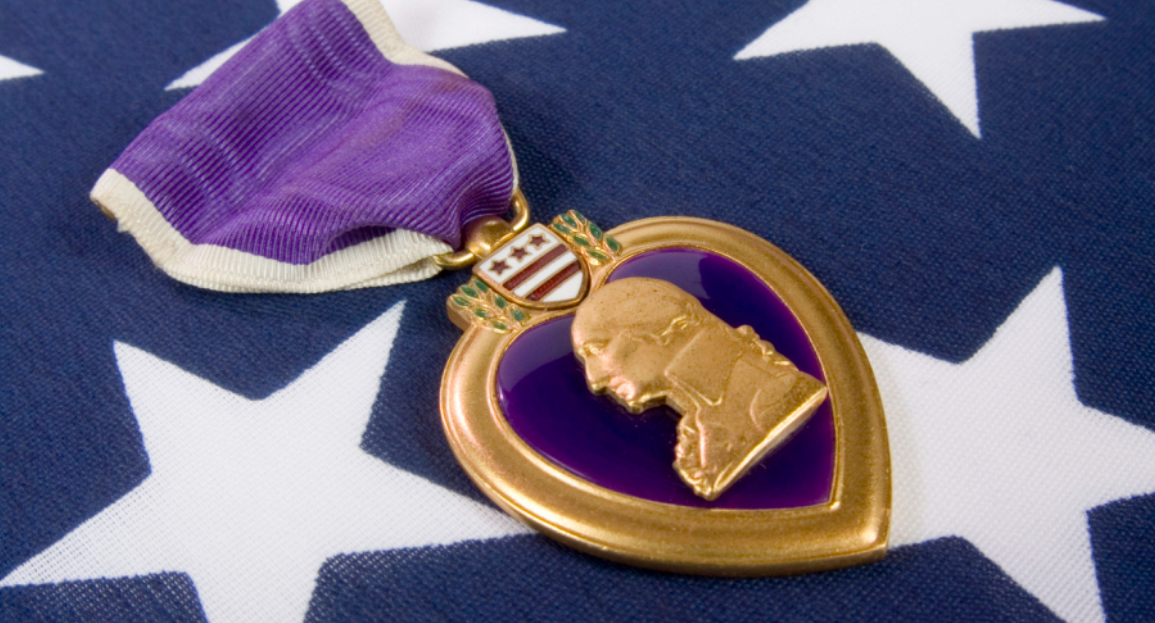 Webster E. Hertzog, who died passed away in action in Belgium in 1944, received the Purple Heart as a result of his bravery.

Hertzog’s parents were bestowed with the medal, which has since been handed down via numerous family members over the course of 78 years, until it came up in the possession of Edith Gettis, who happens to be the soldier’s brother’s niece. 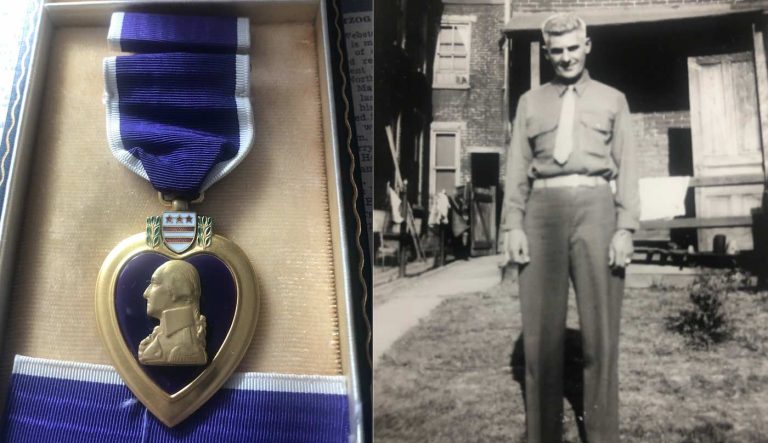 The 84-year-old and her daughter, Dawn Cambria, spent a significant amount of time attempting to locate the grandfather’s eldest son in order to deliver the prize to the correct family. Dawn discovered Jeff after looking via Ancestry.com and other social media platforms.

She then reached out to her “new second cousin” and the rest is history. In the end, Jeff and his wife Kathleen were able to meet Dawn—as well as her mother Edith, who was there to present him with the Purple Heart. 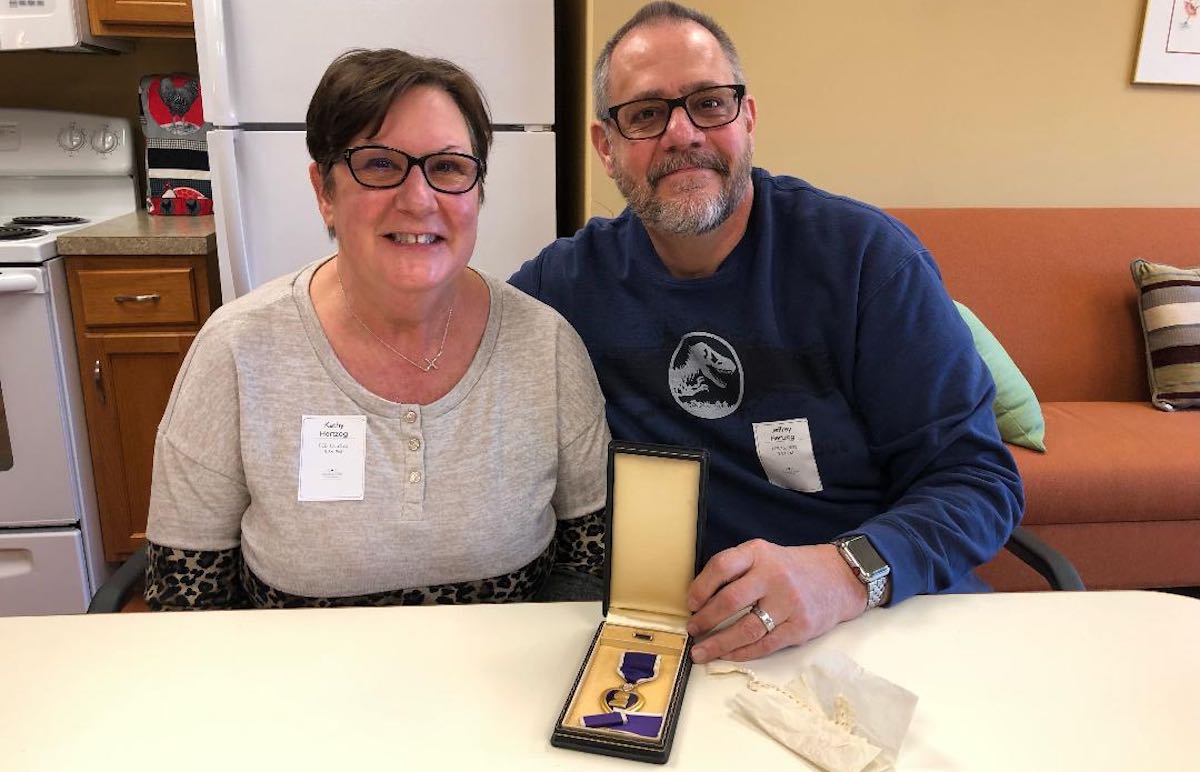 As Jeff said “we discovered that we all have a lot in common and that we will continue to get together in the future.”