Jamie Lee Curtis was raised in the entertainment industry by her actor parents, Tony Curtis and Janet Leigh. However, she did not instantly explore a career in acting.

She attended the University of the Pacific after graduating from high school, where she was a cheerleader. Curtis was almost a semester into college when she was persuaded to try out for the role of Nancy Drew, a young detective. She did but did not get the part. 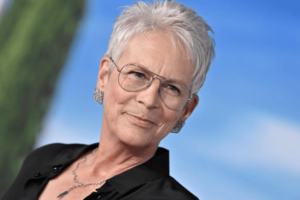 That, however, did not deter her; instead, she discovered something she enjoyed and chose to drop out of school to pursue a career as an actress. Curtis made her acting debut in 1978 with the horror picture “Halloween,” and she demonstrated her comedy abilities in “Trading Places.”

Her comedic performances were highly received, so Curtis was featured in another comedy, “The Fish Called Wanda,” which was a triumph.

She went on to co-star in the sitcom “Anything But Love” with comic Richard Lewis from 1989 until 1992. In 1990, this sitcom won the actress her first Golden Globe nomination.

Curtis is clearly a multi-faceted actress who thrived on challenges from the start of her career. She demonstrated her versatility by starring with Arnold Schwarzenegger in the action film “True Lies,” for which she received her second Golden Globe nomination.

Curtis was on the rise, and the then-25-year-old actress had just bought her first apartment and felt that her life needed a change after making such significant financial investments. 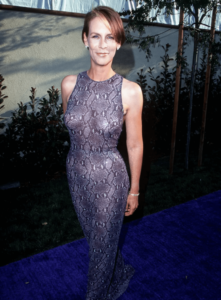 She’d recently left a relationship and was reveling in her newfound independence. Curtis recalls being at her friend’s apartment, flipping through a Rolling Stone magazine, and coming across a photograph of three men, one of whom was Christopher Guest.

“I’m going to marry that man,” Curtis said to her companion, pointing directly at Guest. At the time, the actress had no idea who Guest was, but her friend Debra knew. 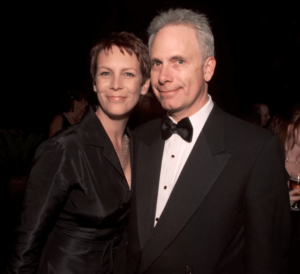 Debra told Curtis about Guest’s agency and how entertaining he was in his movie, “This is Spinal Tap.” Curtis wasted little time the next day, calling his agent and leaving her phone number.

She waited for a call-back but never received one, so she moved on with her life and began seeing someone else, although Curtis claimed they both knew it wouldn’t last long.

Curtis’s “lovely hubby” had to go on a lengthy business trip. She dropped him off at the airport, knowing it would be their final farewell. 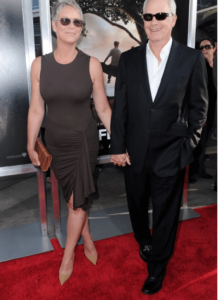 The “Halloween” actor claimed she traveled from the airport to Hugo’s restaurant in West Hollywood to meet up with pals and was surprised to find Guest seated three tables away.

The players met eyes, and Guest approached Curtis and stated, “I am the guy you called,” to which she replied, “I am the lady who phoned you.” The discussion did not progress, and the performers parted ways once more.

Curtis received a call from the Guest a few days later, and they went on their first date on July 2 at Chianti Ristorante. A month later, the two had already fallen in love, but Guest had to depart for New York for a year to film “Saturday Night Live.”

Guest proposed in September, and the couple married in December 1984; 38 years later, they are still going strong.

Curtis, on the other hand, underlined that she and her husband enjoy a “beautiful, difficult, flawed existence.” and a very genuine marriage,” but they are both understanding and willing to go through the ups and downs with each other. 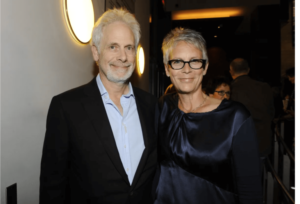 A marriage of over 40 years is unusual in Hollywood; most terminate in spectacular public divorces, as Curtis witnessed when her famous parents divorced. So the actress’s best tip for a long-lasting marriage is simply “don’t leave.”

She recognizes that this is not an easy assignment, so she took a long bus journey to paint a painting. A lengthy bus trip might be exhausting and tedious, but if you wait long enough, the scenery will change. 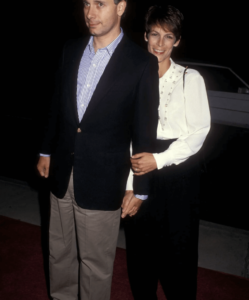 Curtis stated that she strives every day to connect with her spouse as their lives change, whether via their children, friends, or relatives; what is crucial is discovering the “emotional links” that have molded them along the way.

“I’ll never understand why I believed we’d understand each other when I saw his image,” she remarked. “I guess there was a small secret hidden in that smile that only I knew.” 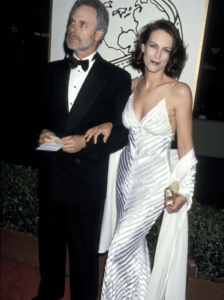 Curtis and Guest intended to start a family after marrying in 1985, but due to reproductive concerns, they considered adoption.

Curtis stated that adoption was the only way she and her husband could have a family. However, she stated that the procedure is different for a celebrity couple like them. 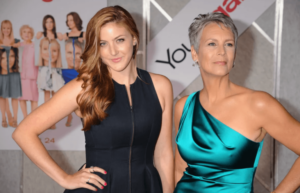 According to the actress, people tried to treat them like royalty and were too afraid to look them in the eyes. Curtis’s fame went down when she met the mother of her daughter, but she was glad to be able to adopt Annie. 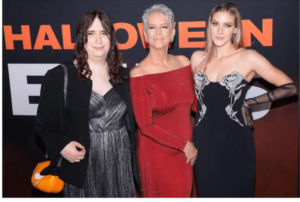