Comedian and television broadcaster Jay Leno and his philanthropic wife, Mavis, are reported to have a special love that becomes stronger after 42 years.

The pair spoke exclusively to the Los Angeles Times about the start of their love and how they have kept their marriage going for over four decades. 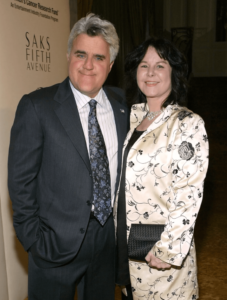 Mavis went to a comedy club to acquire ideas for a comedy she was writing. Her friends persuaded her to go to the club for their improv nights so she could network and perhaps discover somebody to work with.

Mavis and her friends were granted front-row seats the first night she visited, and the comic performing was Jay. Mavis proceeded to the washroom after he concluded his performance, where they were finally able to talk; shockingly, the comic recognized Mavis and said, “Are you the lady from the front?” 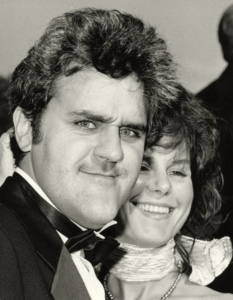 Jay mentioned a strange trait shared by every lady he has been attracted to; they were all born on September 5.

So, after establishing that she was the girl in the front row, he asked Mavis what her birthday was, and she verified it was September 5.

Mavis began frequenting the comedy club after their first meeting, and their relationship progressed. Mavis knew she didn’t want to marry, so even when things with Jay became serious, she realized she had nothing to lose.

On the other side, Jay became aware of Mavis’ family’s financial difficulties, and the more he worked, the more concerned he became for his partner’s future.

The comic said that he had a great insurance policy, and he realized that Mavis could only benefit from it if they were married, so he started to think about taking the next step. 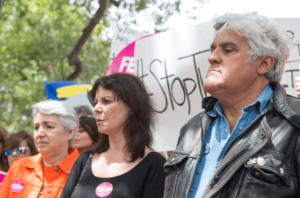 Mavis began to reconsider marriage as well; she claimed that she was 34 years old and had been a feminist for a time but realized she had nothing to fight for anymore.

Furthermore, there was something unusual about what she told Jay. Mavis stated that she had always seen herself as a “voyager,” going from one island to another, but the tranquility she sought was found with Jay. 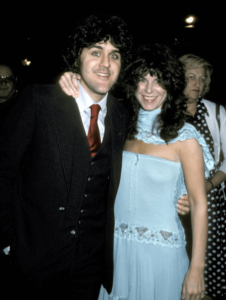 Jay didn’t have a ring when he proposed since he had recently purchased a house, and Mavis claimed she would never have pressed him to have one after such a large investment.

Ten years later, the comedian gave his wife a beautiful diamond ring, which she proudly showed off in an interview with the LA Times. On November 3, 1980, the pair conducted a modest private ceremony at a friend’s house, which is a memorable date because it is the day Jay’s parents married.

Mavis stated she bears full responsibility for the couple’s decision not to have children. The philanthropist noted that as a youngster, she did not appreciate how moms were portrayed in “The Honeymooners.”

Mavis stated that the husbands were continuously attempting to flee with their wives and children and that the ladies felt imprisoned.

“I remember telling my mom when I was 7 or 8 that I would never marry or have children,” she added. “This is how ladies get caught, in my opinion.”

Mavis is the founder of the Feminist Majority Foundation and the head of the fight to remove gender apartheid in Afghanistan when she is not spending time with her spouse. 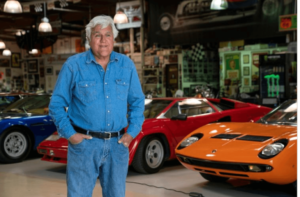 Mavis is the founder of the Feminist Majority Foundation and the head of the fight to remove gender apartheid in Afghanistan when she is not spending time with her spouse. 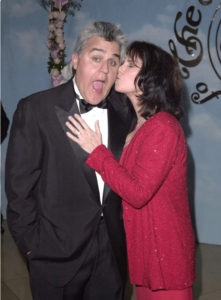 Jay spent much of his early comedy club days in the theater and toured extensively. He then transitioned to the hard schedule of presenting “The Tonight Show.” 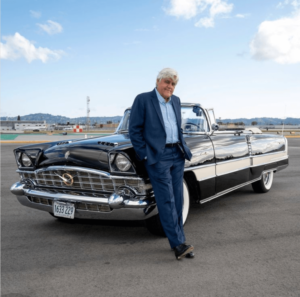 After 42 years of marriage, Mavis and Jay’s romance is still charged with chemistry, but the pair was unable to celebrate their anniversary due to a recent burn injury Jay experienced.

Jay has turned to his passion for vehicles; however, on November 12, 2022, a fire broke out beneath a car as he was repairing the steam engine.

Jay’s doctor said that he had serious burns on his face, chest, and hands and needed surgery to remove the damaged tissue and replace it with biological skin replacements to speed up healing. 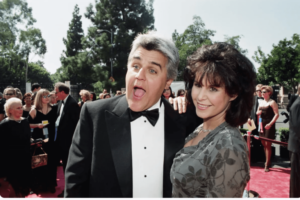 Mavis was worried about how her husband would get better, but his doctor said he was a nice patient who gave cookies to kids and cracked jokes. 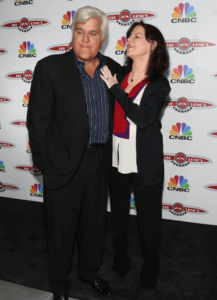 The physicians also stated that he was kind to the nursing staff and appreciated everyone’s efforts to make him feel better.
Jay also issued a message in which he informed his supporters that he had sustained major burns but promised them that he was well and would be back on his feet in a week or two.