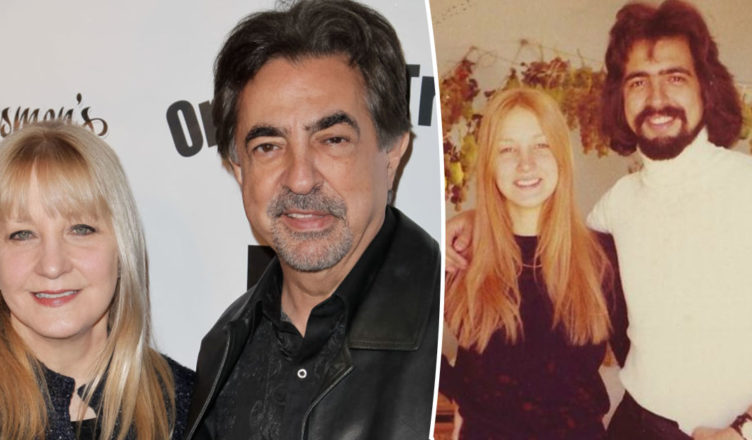 By having a partner willing to make sacrifices for his achievement, Joe Mantegna tapped into one of life’s most satisfying rewards. Inside their love story, a loyal woman who has been in his corner for forty-six years stands behind this successful on-screen celebrity.

Fans of the CBS series “Criminal Minds” will remember David Rossi, played by Joe Mantegna, as a riveting character to watch.

Rossi has gone through several romances and marriages in his search for love. However, he felt that he squandered an opportunity for real love since his childhood beloved had escaped. 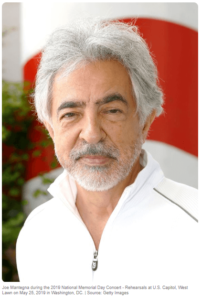 In truth, Joe’s love life is tying him down. Not only is he with the lady of his dreams, but he has been in love with his high school sweetheart, Arlene, for almost fifty years.

As a result, the couple created the most fairytale-like romance in Hollywood by sticking together through thick and thin and being supportive of one another, even if it meant making sacrifices.

Their friendship began when they were adolescents. They met in a drama club while auditioning for a play. Their connection, however, was not amorous until a few years later. 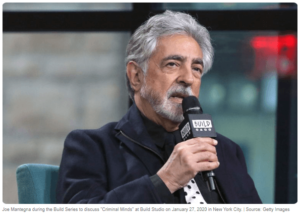 When they were chosen as finalists for “Hair,” a Chicago production, at the Schubert Theater in 1969, they had honed their acting talents and were more professional; they recognized each other, and a relationship was created. Joe claims that:

“As it happened, we both were cast.” And then it evolved into something else.” 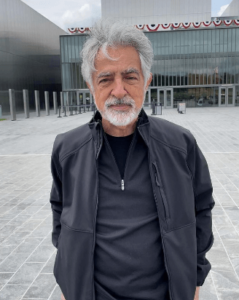 Joe still likes to talk about how they met and how their relationship started. In 2019, he tweeted a throwback photo of him and Arlene dressed as cast members of “Hair,” the play that launched their careers.

Joe was wearing a studded long-sleeve shirt with his black hair falling over his shoulder in the shot. The actor’s hands were slipped into those of Arlene, the blonde beauty in front of him. Joe used the following caption:

“Yes, that’s me and my lovely wife Arlene in Hair. #hairthemusical.” 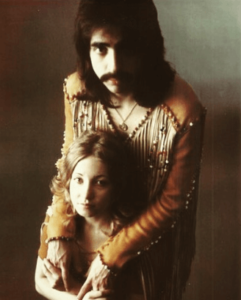 Despite being in love when they reconnected, the pair did not marry right away. Instead, they spent a few years having fun since, according to Arlene, they were “hippies.”

They chose to become an official couple in 1975. So, after secretly exchanging vows at the top of the Eiffel Tower in the city of love, they held a wedding ceremony. 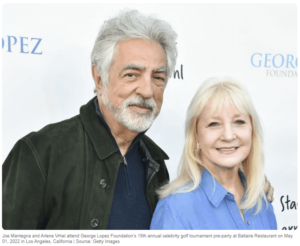 Joe did not quickly transition from Broadway to television; it took some time before he received calls, and he had a supportive wife who stuck with him like peas in a pod throughout this time.

Arlene supported her husband by physically following him everywhere he went. They used a U-Haul to transport their stuff to Los Angeles. Dennis Franz, a close friend of the couple, was likewise looking for a breakout role.

Franz joined them on their search for fame, developing an unbreakable friendship with the pair. Joe, on the other hand, was a real buddy. If Franz was dismissed, he threatened to leave a local performance. 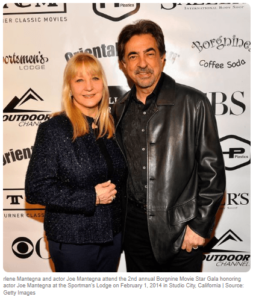 Joe gained success in New York with “Glengarry Glen Ross” after considerable traveling and attempting to land a suitable role. Following this film, there were several requests to appear in other Hollywood productions. This was a wonderful period for the couple, who had been together through the highs and lows.

Once their reputation and money seemed certain, they relocated to Toluca, near Burbank, and resided in a large mansion in an urban neighborhood. Joe’s wife was at his side, nurturing and supporting him as he tried to become a renowned actor. Arlene worked hard to make her husband a successful celebrity.

The actor once lost his lines during a performance at the famed Goodman Theatre, leaving the audience in awkward silence. During a respite, Arlene hugged her husband, and he eventually scaled through. Finally, reviewers dubbed him an “excellent” actor. 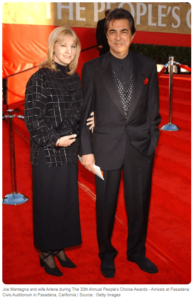 Arlene’s contributions to her husband’s career, thankfully, have not gone unnoticed. Joe considers his wife to be his lifeline. “Outside of my immediate family, she’s the only one who’s joined me on the ride. “She’s been able to be a part of everything, contribute to everything, do everything, and watch my goals come true,” he added.

The “Criminal Minds” actor has done more than just confess. He helped Arlene reach her long-held goal of running a restaurant by praising her for being able to take care of their family and always being there for him. 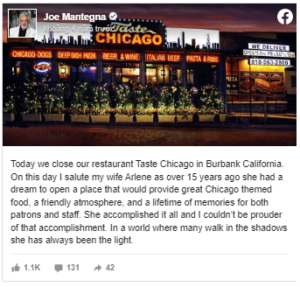 However, the company operated for nearly sixteen years until closing. Joe made the announcement on Facebook to friends, family, and admirers. He posted a front-view photo of the eatery and commended his wife’s business ideas and efforts. He continued:

“She did everything, and I couldn’t be more proud of her.” 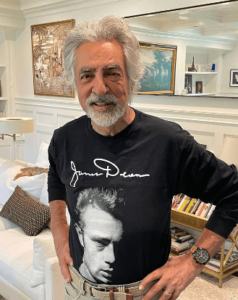 Joe has been happily married for over five decades, yet he is open about the complexities of his seemingly ideal marriage. The actor added that his marriage had been both rocky and smooth, but what mattered most was who was riding along with him. In his own words:

I won’t claim, “Life has been great, and I’ve never had a problem; everything was fine.” Nobody can say that I believe. But we remained in there, and I think the longer we hung in there, the better it became. 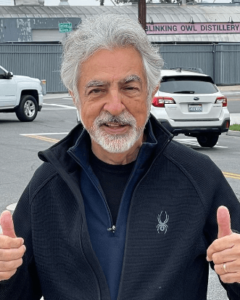 The actor urged younger couples to be patient in their relationships and to plan ahead of time because life is a rollercoaster with never-ending twists and turns. Arlene believes the same thing; no surprise they’ve lasted so long! She explained the rationale for their eternal connection as follows:

“I’m sure you’ve heard it a million times, but it’s true: don’t go to bed angry, and we’ve never had.”

Aside from their wonderful love story, the couple has two gorgeous kids. Gina, alias Gia Mantegna, is one of their daughters and works as an actress. She was a character in the comedy “The Middle.” 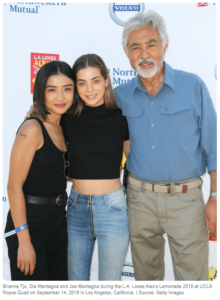 Joe and Arlene are focused on assisting the underprivileged and their community while establishing a close-knit family. They have so far devoted their attention to this cause.

The pair is involved with eight charities that help veterans and individuals with developmental disabilities, including the Gary Sinise Foundation and Autism Speaks. Joe is also the National Army Museum’s spokeswoman.