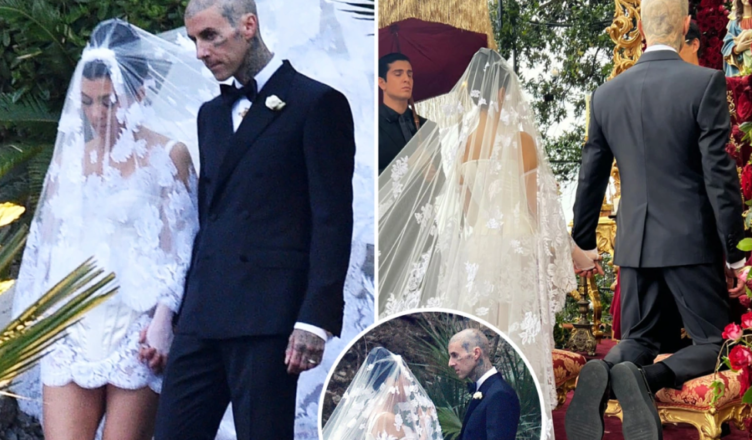 On Sunday, the pair tied the knot in L’Olivetta, a house in Portofino, Italy, which is owned by Dolce & Gabbana.

In attendance at the ceremony were all of the couple’s closest friends and family members. 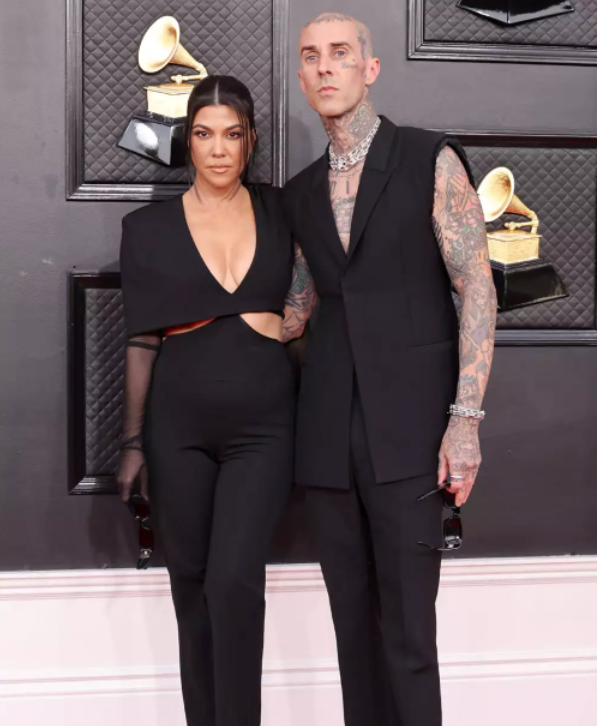 Kourtney, 43, and Travis, 46, shared a tender dance with one another to the tune of Elvis Presley’s “Can’t Help Falling in Love,” which was performed by Andrea Bocelli at the reception, which was held at a nearby castle that was built in the 16th century.

Kourtney, dressed in a custom white corseted mini-dress with a matching shot veil, and Travis, dressed in a sleek black suit — both by Dolce & Gabbana. 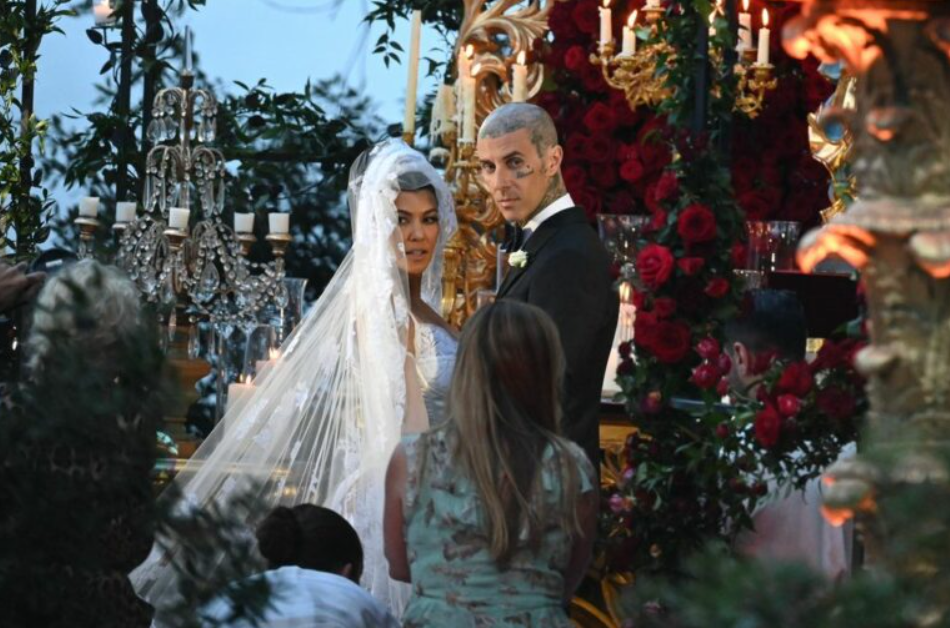 Kourtney and Travis exchanged their vows during a beautiful sunset ceremony in front of family and friends, including their combined six children: Kourtney’s sons Mason and Reign, aged 12 and 7, and daughter Penelope, aged 9, as well as Travis’ son Landon, aged 18, daughter Alabama, aged 16, and stepdaughter Atiana, aged 23. 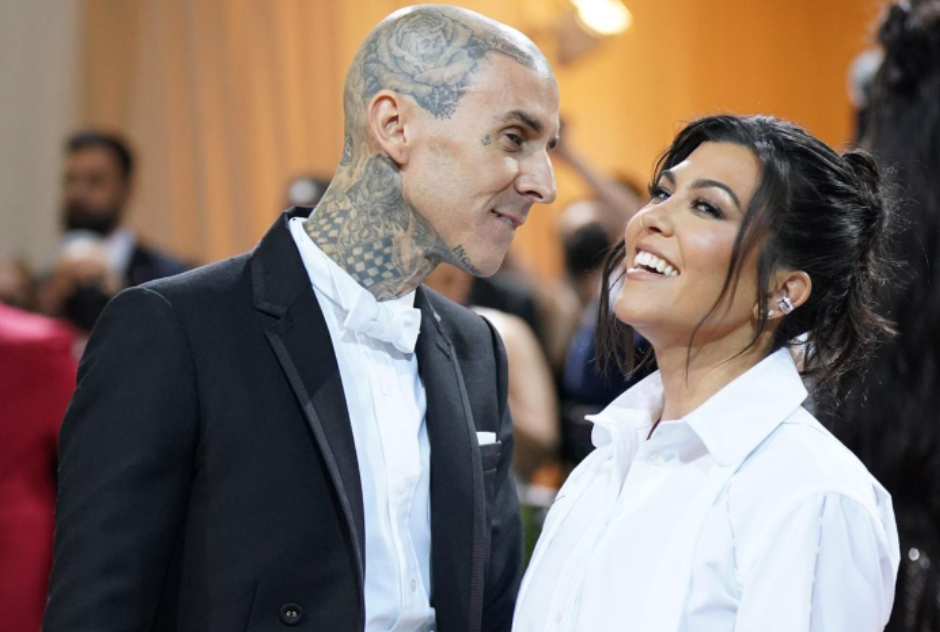 When the pair allegedly went through with a “practice wedding” in a wedding chapel in Las Vegas on April 4, they were the ones who first generated suspicions that they were going to be married.