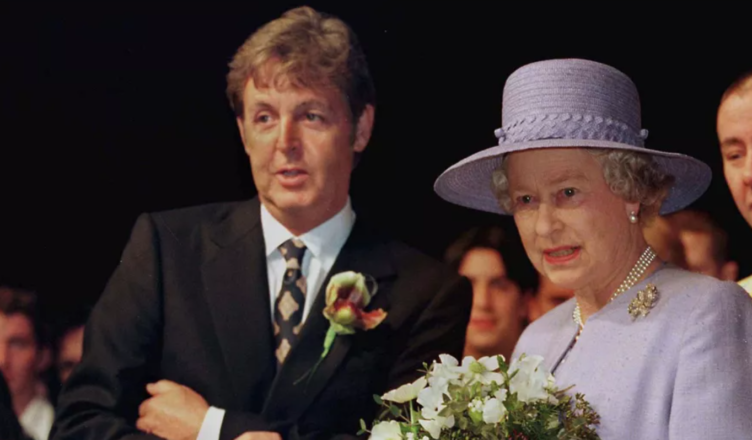 On Friday, the composer of “Hey Jude” published a long homage to the late queen on Facebook, wherein he detailed the many occasions he had the honor of meeting the Queen over her record-breaking reign of 70 years.

It was for the reason that her passing on September 8 had brought “flooding back” memories of the time they had spent together, as stated by McCartney in his message. “I feel honored to have been alive throughout the whole of Queen Elizabeth II’s reign.” 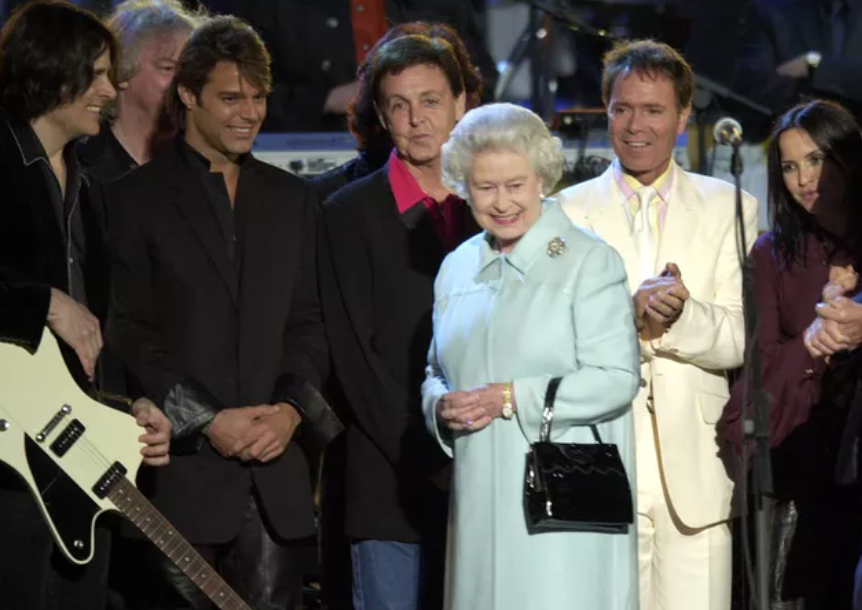 “I joined an essay competition in Liverpool when I was 10 years old and won my section for my essay about the British Monarchy, so it’s safe to say that I’ve been a fan for a very long time.”

“In 1953, when the Queen was crowned, everyone in our street in Speke, Liverpool finally had a television set, and we settled down to watch the Coronation in magnificent black and white,” he added. 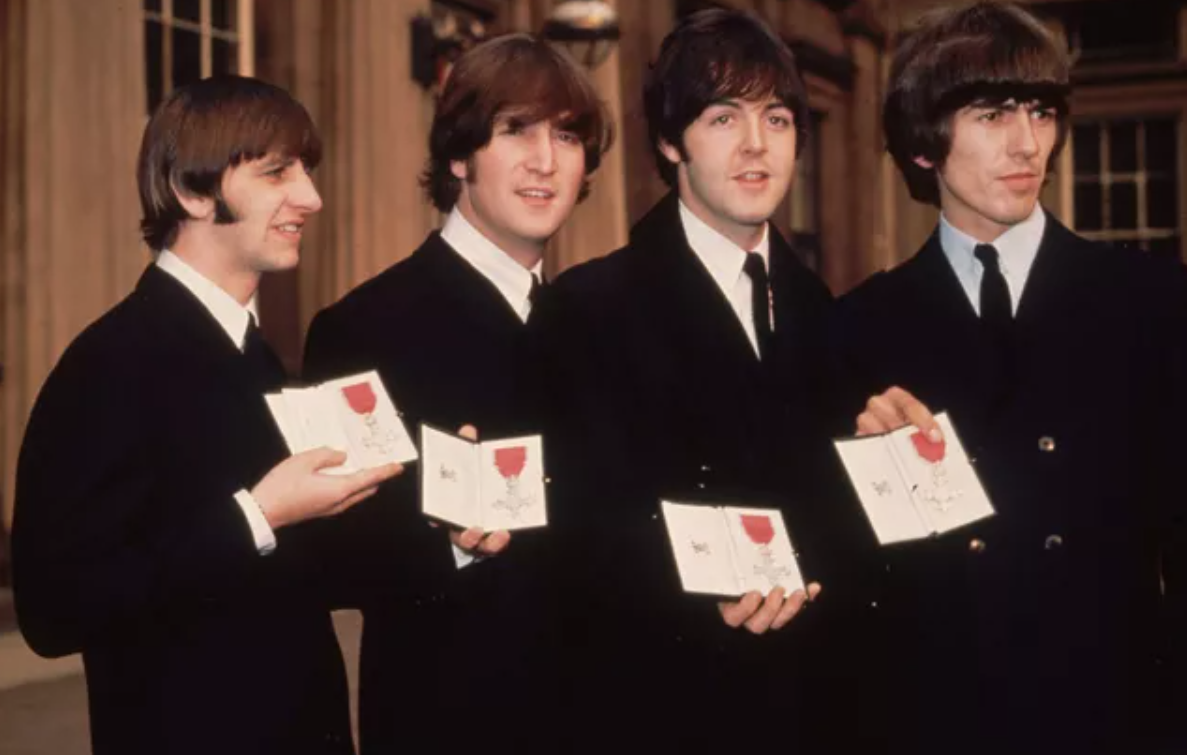 “When I think back, I am both honored and surprised to realize that I have had the pleasure of seeing Her Majesty eight or nine times. Each time, she has impressed me with her wonderful sense of humor paired with her tremendous majesty.”

After then, McCartney detailed all of the occasions on which he had the opportunity to speak with the Queen, appending a little anecdote to each encounter. 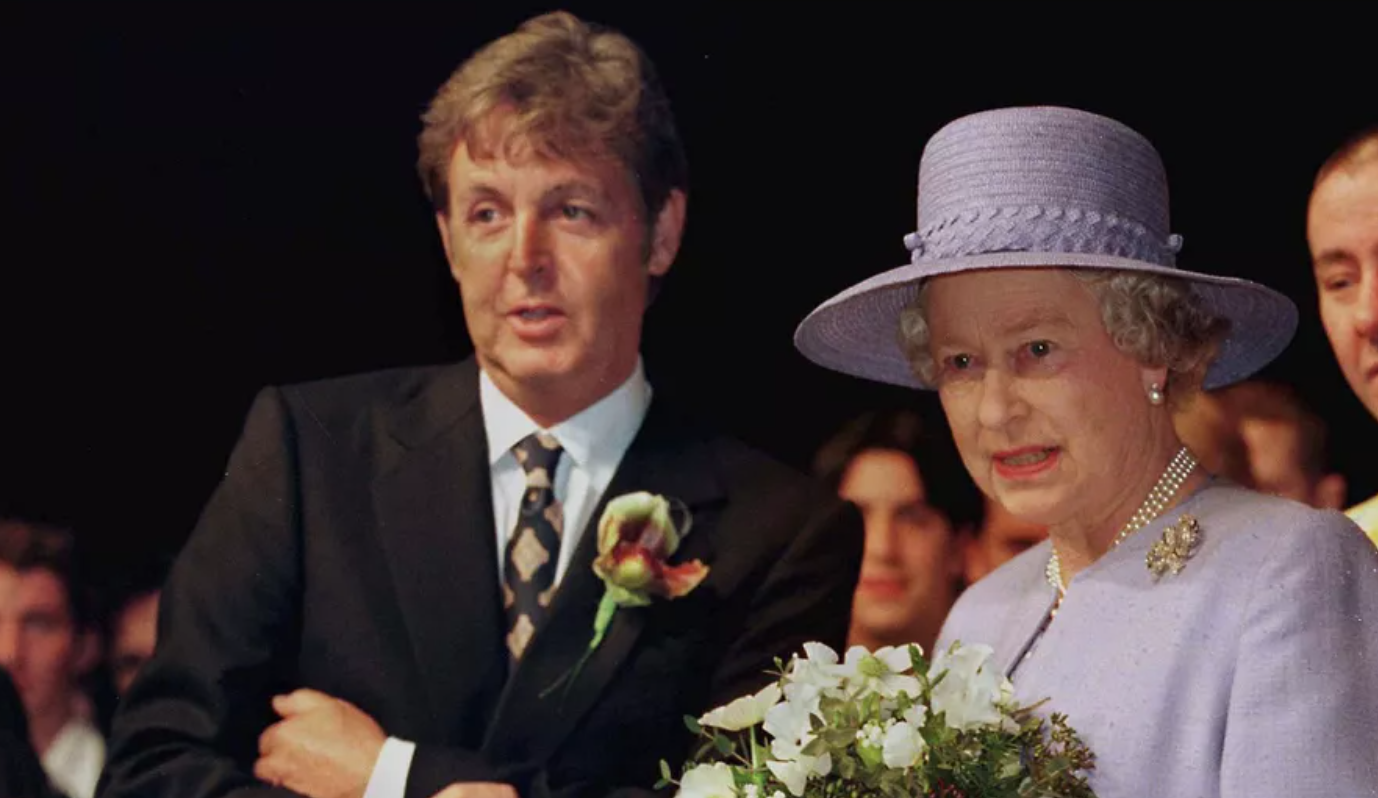 “I recall being pulled aside and told what the right etiquette was,” he said of the first time he saw Elizabeth, which was on October 26, 1965, at Buckingham Palace, when The Beatles got their MBE’s.

He said, “We were instructed on how to approach Her Majesty, and we were warned not to speak to her until she addressed us.” The response of four young men from Liverpool was “Wow, hello dude.” 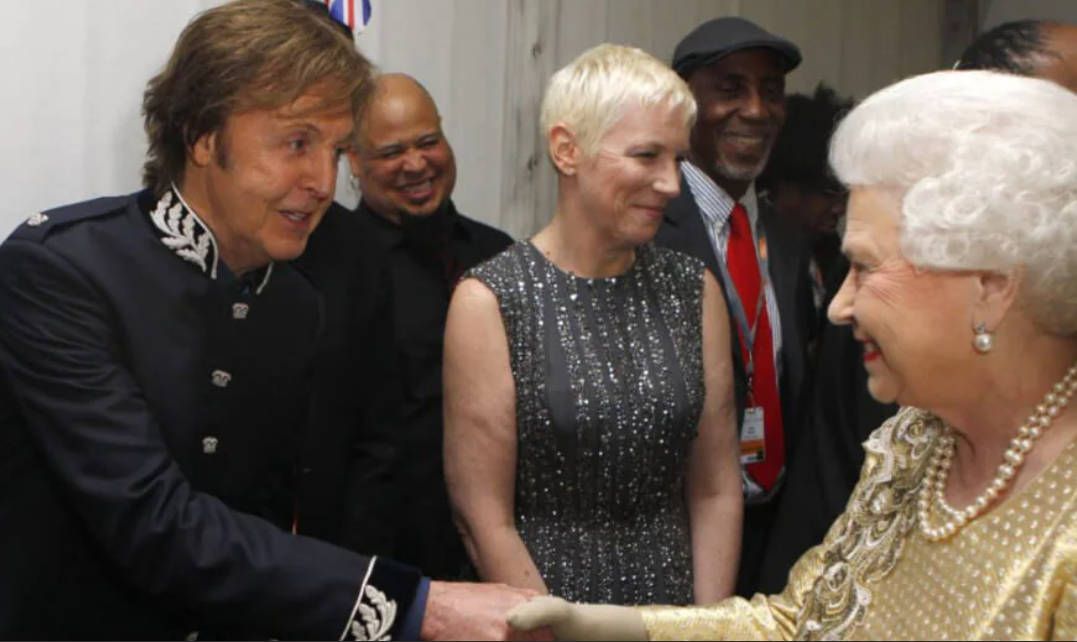 McCartney earned his knighthood in Buckingham Palace for ‘Services to Music’ in 1997, at which time he also had the opportunity to meet the former queen. He referred to this occasion as “a really proud day for me” in his article.

At the events held in honor of the Queen’s Golden Jubilee on June 3, 2002, the former member of the Beatles had his another encounter with the monarch since the turn of the century. 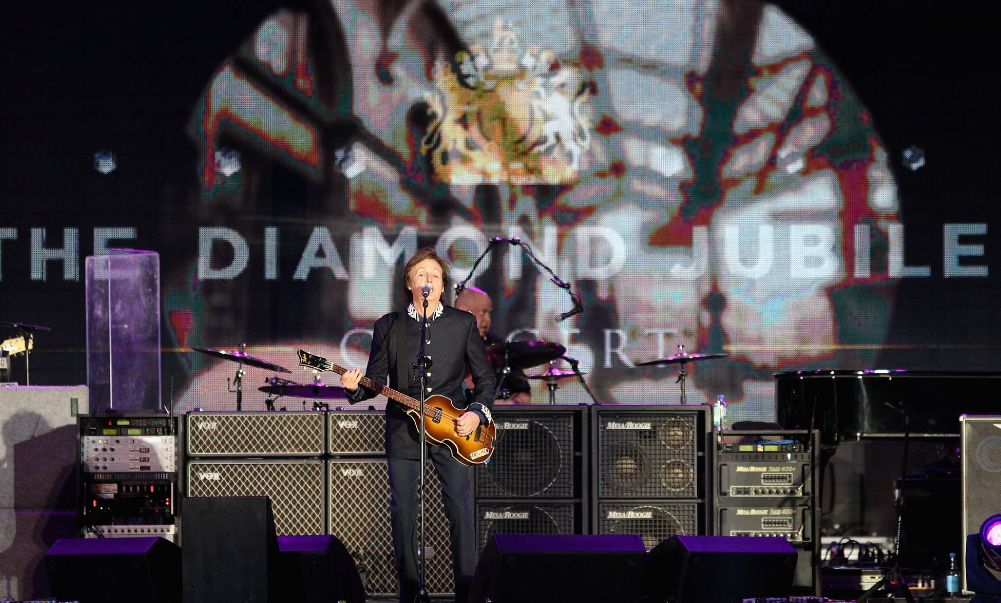 McCartney met the Queen on June 4, 2012, in London, at her Diamond Jubilee celebrations, and during these celebrations, guitarist Brian May of Queen played a memorable set on the rooftop of Buckingham Palace.

The event that marked McCartney’s investiture as a Companion of Honour on May 4, 2018, also served as the occasion for his last interaction with the late Queen Elizabeth II. 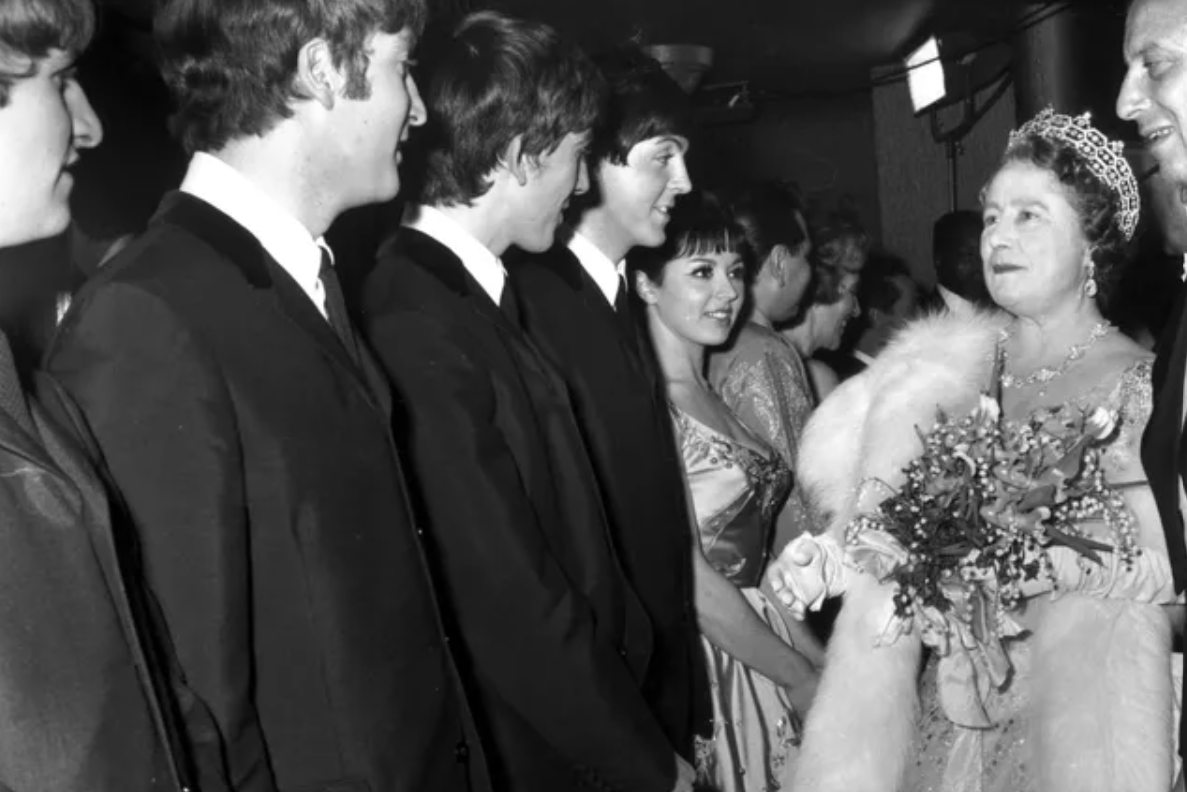 The award was established in 1917 by King George V to honor exceptional accomplishments in the fields of the arts, sciences, medicine, and public service.

There may only ever be 65 persons in possession of the medal at any one time. David Attenborough, Judi Dench, and J.K. Rowling are some of the other current Companions, in addition to Paul McCartney. Rowling. 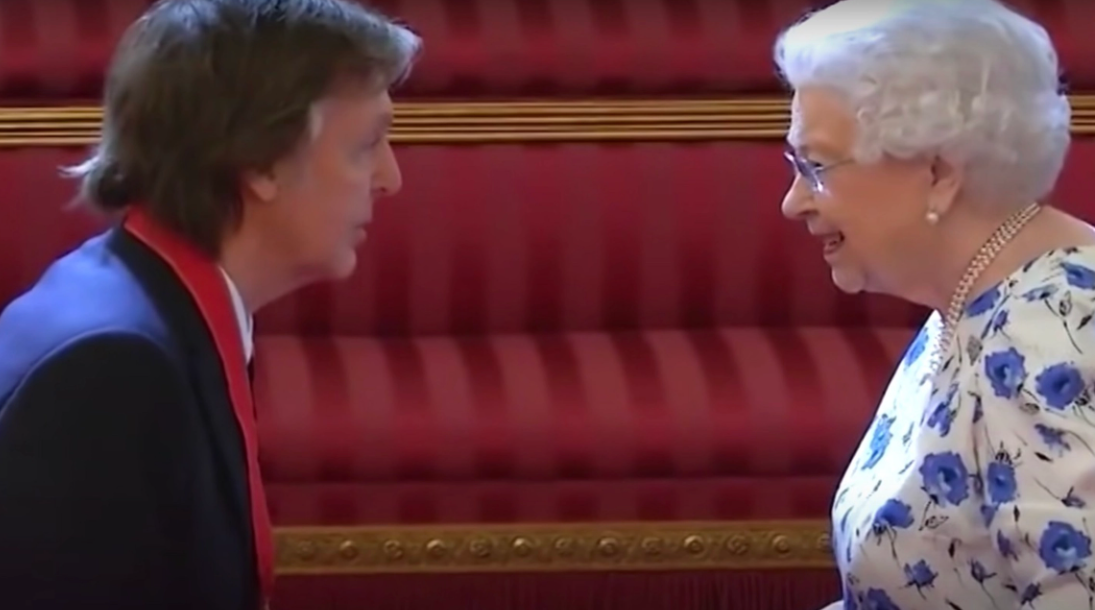 “Because of my respect and love for the Queen and her fabulous sense of humor, when I was given the Companion of Honour medal I shook her hand, leaned in and said, ‘We have got to stop meeting like this’.

After saying this, I did worry whether I was being a little bit too cheeky; after all, she was The Queen; but, I have a sense that she didn’t mind”. In a moving letter to the Queen, Paul McCartney concluded his remembrances of her by saying “God bless you. You will be missed.”