Pierce Brosnan, the actor, has been through many heartbreaks in his life, but his present wife, Keely Shaye Smith, and his grandchildren have brought him joy.

Pierce announced the birth of his fourth grandchild on Instagram on November 17, 2022. He put up two pictures of the baby as well as the baby’s unique name and the time it was born. 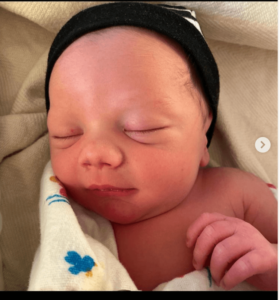 Jaxxon Elijah Brosnan was born on November 12, 2022, at 3:06 p.m. Pierce greeted his son, Sean Brosnan, daughter-in-law, Sanja Banic, and granddaughter, Marley, on the arrival of the new family member after assuring them that everything was well and sending blessings to Jaxxon.

The first photo posted by the pleased granddad showed Jaxxon napping and sporting a black beanie cap. Jaxxon’s eyes were wide open as he peered off-screen in the second image. 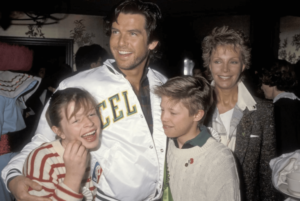 Pierce’s life, however, has not always been a stroll in the park. He met Australian actress Cassandra Harris in the 1970s. However, they did not marry until December 1980.

Sean, their only child, was born three years later. The three-person family had a pleasant existence until Dermot Harris died in 1986, when the dynamics altered. Cassandra’s ex-partner, Dermot, has a daughter, Charlotte, and a son, Christopher.

Pierce legally adopted Charlotte and Christopher when Dermot died, making them a family of five. The kids quickly adjusted to their new family, but things became problematic only a year later. 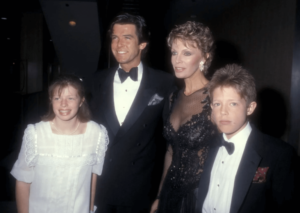 Pierce, despite his difficulties, never left Cassandra’s side. She had eight operations and numerous rounds of chemotherapy, which caused her to lose her hair and make her feel terrible.

Despite her illness, the Australian actress did her hardest to be strong for her family and small children. She would sit in her chair and watch while they yelled and somersaulted into the pool at home.

Cassandra died in December 1991, four years after she was diagnosed with cancer. She was 43 years old at the time. Pierce was a widower and single father from then on. 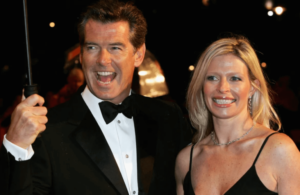 Despite the difficulties, the “Black Adam” hero did not give up and stayed strong for his children. He saw motherhood as a large but rewarding burden, and he raised his children alone for the next ten years while grieving his wife’s loss.

After that, he found love again with his present wife, journalist Keely Shaye Smith. After dating for a time, the couple married in 2001 and had two children, Paris and Dylan.

A few years later, the “Mamma Mia” star became a grandfather for the first time after Charlotte and her husband, Alex Smith, had two children, Isabella and Lucas.

She was just 41 years old when she died, leaving Isabel and Lucas orphans. Pierce was heartbroken because his daughter’s death brought up horrible memories. Following Charlotte’s death, the actor issued the following statement:

“On June 28 at 2 p.m., my beloved daughter, Charlotte Emily, went to live with the Lord after succumbing to ovarian cancer.” Her husband Alex, children Isabella and Lucas, and siblings Christopher and Sean encircled her.

Charlotte fought her disease with elegance, humility, strength, and dignity, according to Pierce. After expressing his and his family’s grief at her death, the actor prayed for her soul and for a solution to “this awful sickness.”

Following Charlotte’s death, numerous family members spoke out about what a wonderful person she was and how she had a tremendous influence on her children, including Charlotte’s close friend, Claire Beckwith. She mentioned:

“To their mother, Bella and Lucas were the pinnacles. They’ll remember for the rest of their lives how much their mother adored them. 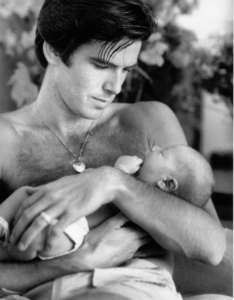 Charlotte, according to Beckwith, wanted to show her family as much love as she could and was committed to them. Other family members, like Nancy Ellison, said that Charlotte was a young woman who was lively, pretty, and a little bit silly. 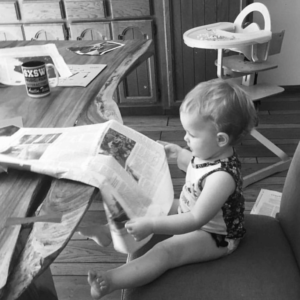 Indeed, the loss of such a person was heartbreaking for the entire Brosnan family. Pierce would hear wonderful news while still grieving over his daughter. When Marley May was born to his oldest son Sean and his wife Sanja Banic, he became a grandfather for the third time. 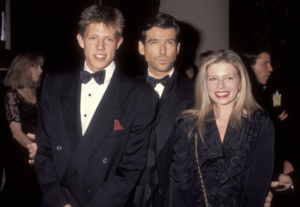 Pierce has learned to cherish life and the time he spends with his family after many difficult years filled with sadness and joy.

Aside from being a devoted father, the actor adores having grandchildren. He used to call himself a “proud grandfather.” Pierce has frequently shown his affection for his grandkids. 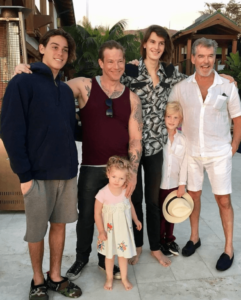