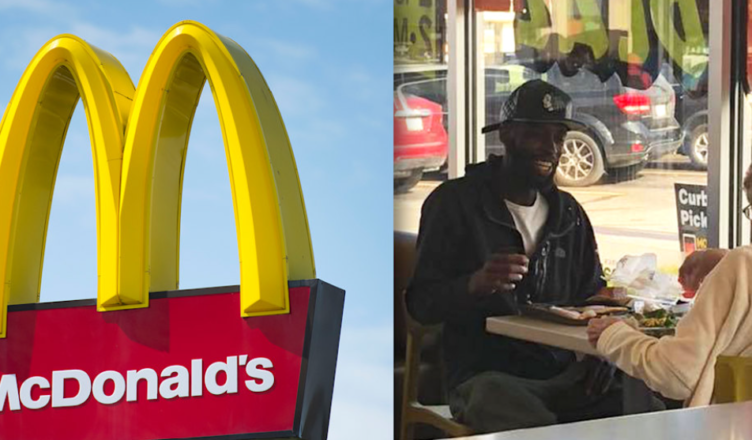 An unplanned photo taken by a customer of a McDonald’s in Indiana has gone viral after it captured a touching moment between two people who did not know one other.

Amanda Marquell Craft was eating at a restaurant in Noblesville when she overheard an elderly lady ask a young guy sitting by himself if she might join the table he was seated at. 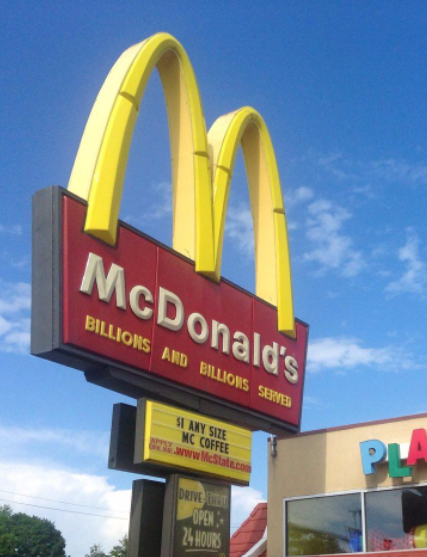 He consented, and Craft took a picture of the two of them chatting and laughing while she was there.

She uploaded it to Facebook a little while later and wrote in the description, “Clap out to this man!” 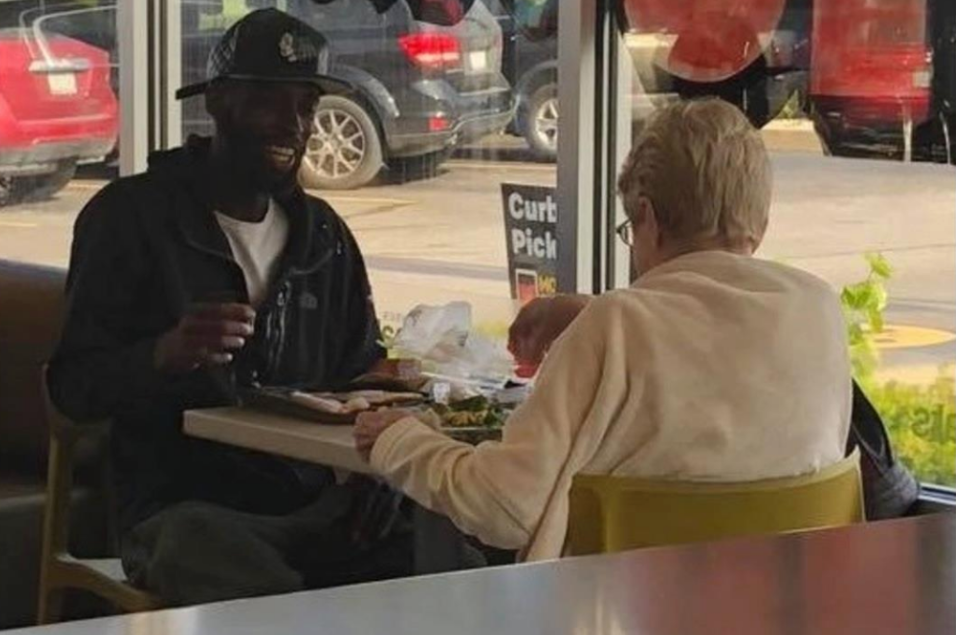 “This old woman, who seemed to be feeling a little alone, approached him and inquired as to whether or not she might sit with him.

This man said “of course” without any hint of hesitance. We all stood there and watched as he went up to her, introduce himself, and shook her hand.”

She went on to say that it seemed as if they were buddies from the way that they chatted and laughed together.

“They had never met one another, and it was impossible to imagine two people who were more unlike, however, they sat down to a dinner together today, which brought a tear to our eyes.