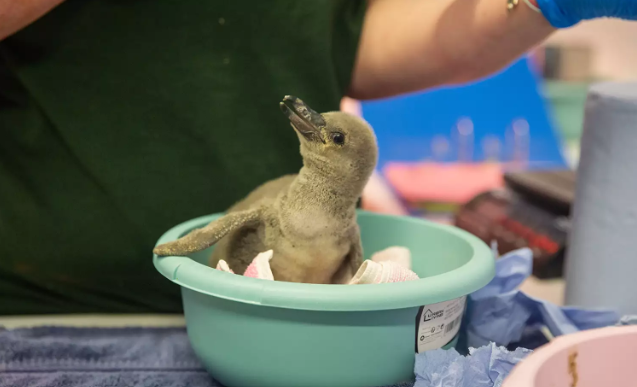 The workers at the U.K. zoo are hand-raising five hungry Humboldt penguin chicks in the zoo’s penguin nursery after the chicks’ parents were unable to care for the young birds properly.

“During the breeding season, we examine the nests on Penguin Beach every day,” ZSL London Zoo penguin keeper Suzi Hyde said, “we keep an eye out for any babies who may not be eating enough or whose parents are struggling to care for their brood.” 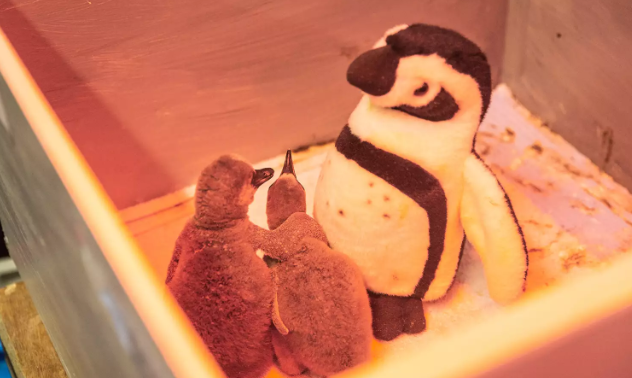 The five baby chicks were all born between April 14 and April 24 and have spent the last several weeks cozied up to a stuffed penguin and warming lights.

They are weighed every day and are becoming stronger on a diet of “penguin milkshakes,” which are a mixture of blended fish, vitamins, and minerals. 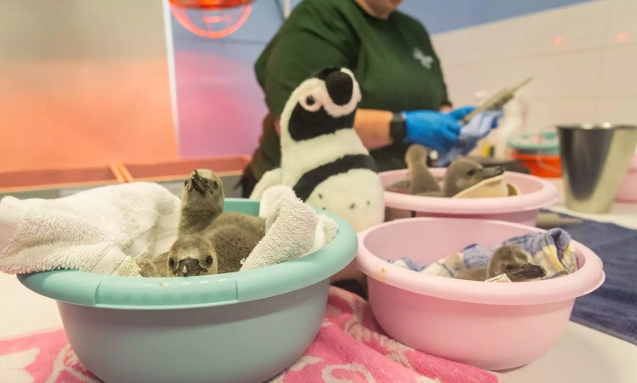 When the penguins are around ten weeks old, they will be transferred into the pool at the nursery so that they may begin learning how to swim.

In honor of the Platinum Jubilee of Queen Elizabeth, the five chicks have been given names that pay tribute to significant events that occurred during Her Majesty’s reign of 70 years: Bernie, after Tim Berners-Lee, who founded the internet in 1989; and Mac, after Ellen MacArthur, who sailed around the globe non-stop to establish a new world record in 2005.