A girl has been subjected to unusual conditions since childhood. It all started when her parents abandoned her outside an orphanage due to her unique features. Years later, she rose to prominence, inspiring others with her incredible story.

Xueli Abbing’s life was full of unexpected twists and turns that shaped her future and personality. Her life narrative began on the day she was abandoned on the ground outside an orphanage, which was pretty intriguing. 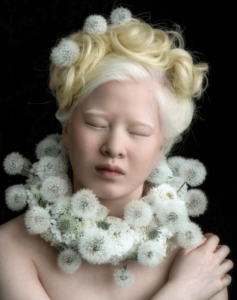 Many people assumed her life would end at that time, but fate had other plans for her.

Abbing claims she was born in China under the government’s one-child policy, when thousands of newborns were abandoned by their biological families. She said that, like many other newborns, her parents left her at the door of an orphanage and ran away.

According to Abbing, those with albinism endure more prejudice, with some viewing it as a curse.
After that occurrence, the Chinese girl stated that she never heard from her parents or knew who they were. The orphanage took her in and gave her the name Xueli—”Xue” meant snow, and “Li” meant lovely.

Abbing said that her birth parents abandoned her due to her appearance. She was born with albinism, a genetic disorder that produces low or no melanin pigmentation, resulting in pale eyes, hair, and skin.

Despite a tough start in life, she was adopted by a Dutch family when she was three years old. She then went to the Netherlands with her new family, where her mother and sister, Yara, provided her with a warm and affectionate atmosphere.

Abbing said she stumbled into modeling at the age of 11 when a Hong Kong designer asked her to participate in a photoshoot aimed at displaying many types of beauty. She described her experience as follows:

“[The designer] dubbed the ad “perfect imperfections” and invited me to her Hong Kong fashion show. That was an incredible experience.”

According to Abbing, those with albinism endure more prejudice, with some viewing it as a curse. She told the BBC:

“I’m fortunate that I was merely abandoned.” 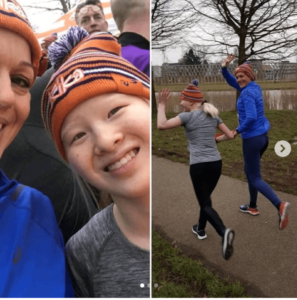 Models with albinism confront preconceptions and are frequently represented as angels or ghosts in commercials and photoshoots, according to the young Chinese. “It saddens me,” she said.

Abbing was fortunate to work with a photographer in London who treated her with the utmost respect and sensitivity. The session that followed was amazing, and Abbing says that one of the photos was sold to Vogue Italia for their June 2019 issue. 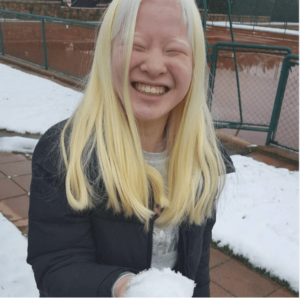 Abbing admitted that it took her a long time to realize that Vogue was a major publication and that being published in it was a huge thing.

Photoshoots were difficult for the young lady, who had just 8 to 10% eyesight and couldn’t look straight at the camera since it hurt her eyes. 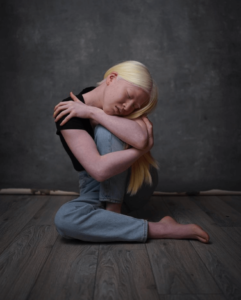 Even though it was hard, Abbing was thankful for the chance to speak up and stand up for people with visible differences. She stated, ”

“Perhaps since I can’t see things well, I concentrate more on people’s voices and what they have to say.” “As a result, I value their inner beauty more.”

Abbing was believed to have graced the pages of Vogue magazine at the age of 16 and led countless advertisements for notable designers like Kurt Geiger. 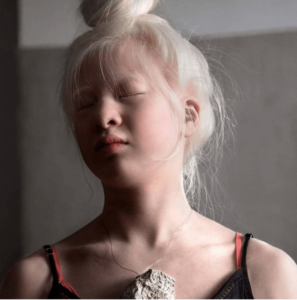 “She works as a model to bring attention to albinism and show that people with disabilities are also “normal” and can take part in society fully.” 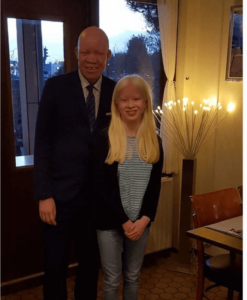 Yara claims that when her sister wasn’t busy with photoshoots or gracing runaways, she enjoyed a variety of pastimes, including athletics. Abbing likes knitting, climbing, viewing educational films on the internet, and thinking about life.

Changing the World Abbing aims to utilize the modeling platform to increase awareness and support for albinism, stating:

“I want to utilize modeling to discuss albinism and show that it is a hereditary illness, not a curse.” “Because being “an albino” sounds as though it defines who you are, it’s better to say “a person with albinism.” 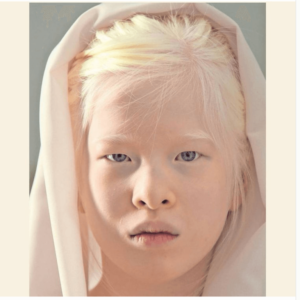 Despite the fact that Abbing has a long way to go, she says she wants to change the world and inspire others to believe in themselves. Rather than allowing her circumstances to define her, Abbing is channeling her power through modeling.