Oh, the glory days of kindergarten. What some of us grownups would give to go back in time and make macaroni necklaces, use glue sticks, and learn the basics. Doesn’t it sound amazing?

It’s also the first year that many of us started our days by saying the “Pledge of Allegiance” in front of the school flag. We were around twenty young voices trying to recite the lines, all with our right hands on our hearts. While the artwork is cute, one boy’s interpretation may be even cuter.

Lacey Nicole Holmes, a Texas mother, shared a video on Facebook that brought many people to tears. It’s a video of her two-and-a-half-year-old son saying the Pledge of Allegiance in their living room.

Children commonly sing nursery rhymes and tunes from their favorite shows (my kids sing so many Barney songs that I still can’t get them out of my head).

It’s not every day that you see a small child recite the words of a patriotic song like our pledge. This little guy has it all figured out as well. 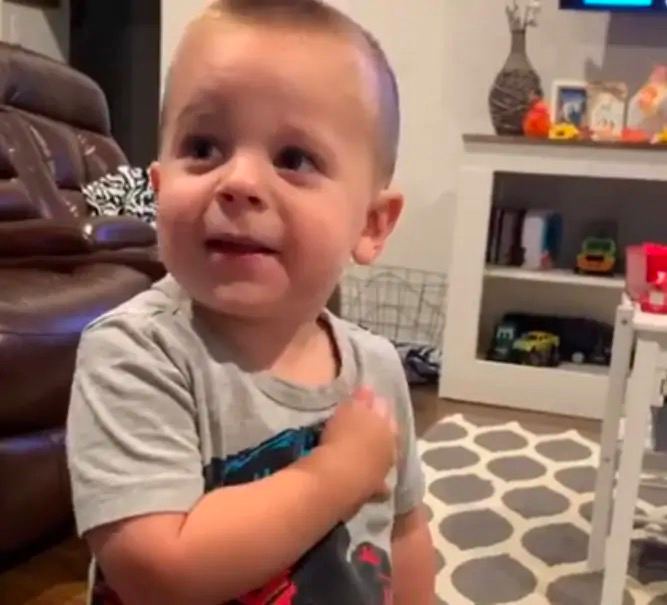 In Holmes’ video, her toddler kid stands in their living room wearing a monster truck t-shirt. He’s placed his right hand over his heart, as we were instructed in school, and he’s ready to demonstrate what he’s learned to everyone.

By saying, “Go,” the child urges his mother to begin recording. 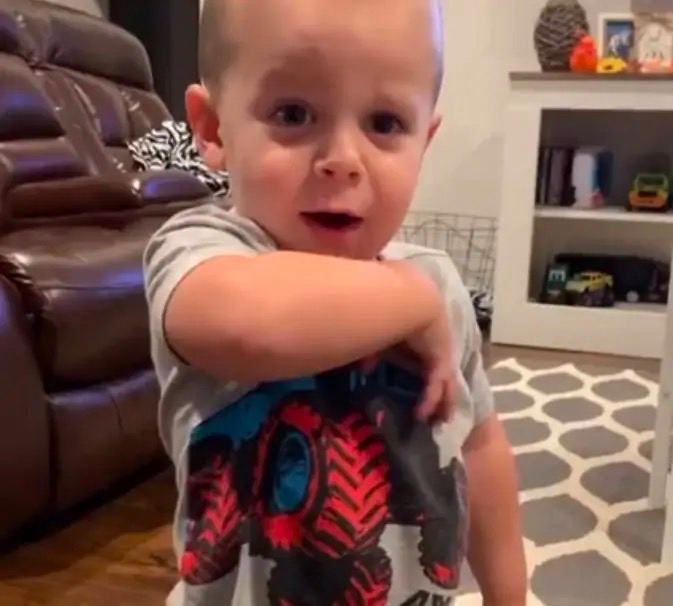 While there is no visible American flag in the video, the toddler’s eyes move upward, as if he is looking at one in the background. He then starts reciting nationalistic words.

You can tell he’s a youngster that knows the Pledge of Allegiance by heart immediately and quickly. However, as one would hope from a two-year-old, his pronunciation of the words is far too sweet.

Francis Bellamy composed the “Pledge of Allegiance” in 1892, according to the website US History, although it was not the way we know it today. It was initially written as follows:

“I pledge allegiance to my flag and the Republic it represents.”

“Under God” was also absent from the first version. The Pledge of Allegiance changed over time, with the addition of “the flag of the United States of America” in 1923 and “under God” in 1954.