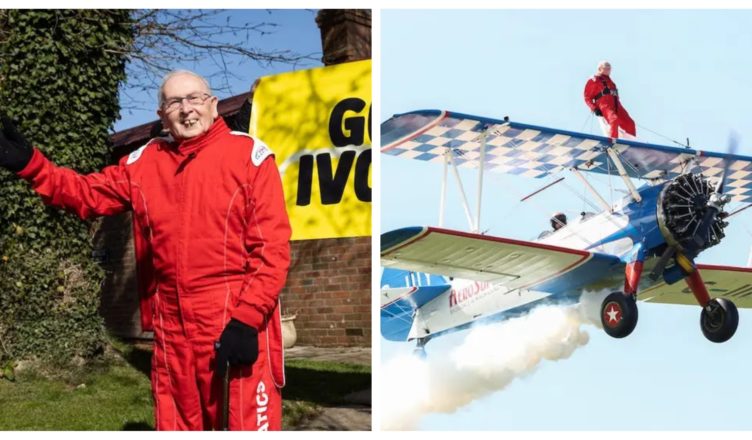 You’re only as old as you feel, and one guy who understands this well is the 95-year-old great-grandfather who has become the world’s oldest wing walker.

Wing walking, for those who are unfamiliar with the term, is the act of travelling around the wings of an aircraft while in flight — it’s fair to say it’s not for the weak. 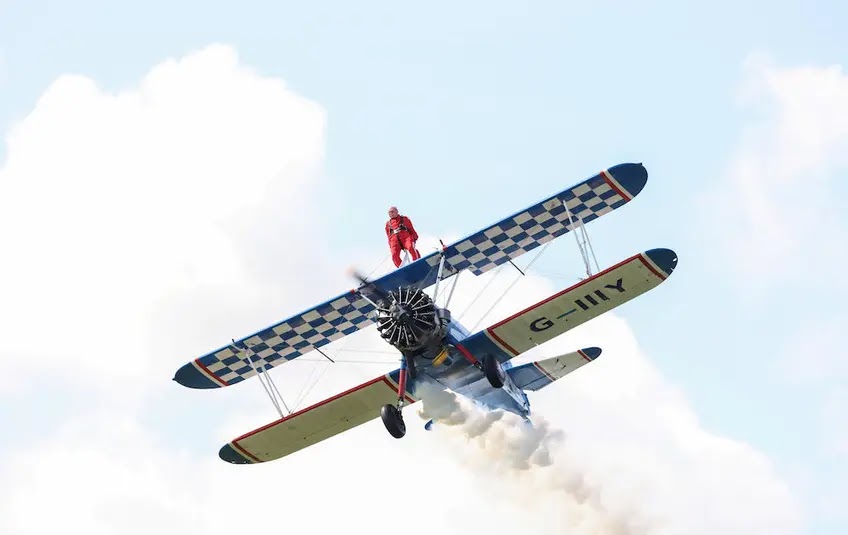 To prove himself up to the task, Ivor Button spent the day of  April 9 tied to the top of a jet as it took off from Staverton Airport in Gloucestershire. The courageous British man has officially overdone the previous Guinness World Record established by Tom Lackey, who was 93 at the time of the act, which he completed in 2013.

“I’m of sound mind!” Ivor exclaimed when asked about his accomplishment. “I didn’t feel threatened, i was as more afraid about becoming sick than anything else.” 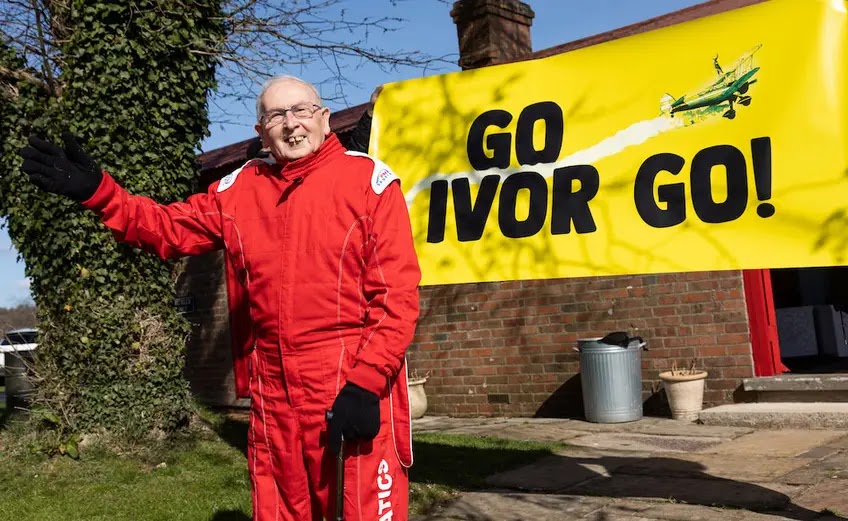 The man, who has 17 grandkids and step grandchildren, as well as five great-grandchildren, is no stranger to high-octane pursuits such as skydiving.

His passion in skyward exploits began in 1932, when his parents brought him to see Sir Alan Cobham’s Flying Circus, after he had previously liked gliding, ballooning, and micro-lighting throughout his childhood. 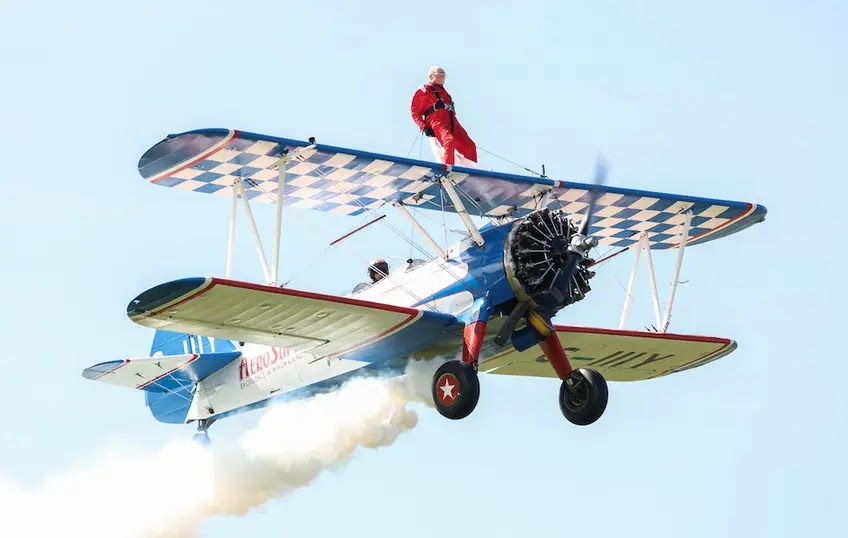 Ivor, a design engineer by profession, dropped out of school at the age of 14 and a half and joined the ground crew at Staverton Airport during World War II. “It was the finest job in the world, and I was fortunate enough to get to enjoy the occasional flight from Staverton.

There was a navigational training school on the grounds at the time, and I inquired of the pilot if I may accompany him on one of his practice flights. He told me to ‘jump in,’ and I was escorted up to the nose cone, which, of course, was devoid of any dangerous things. 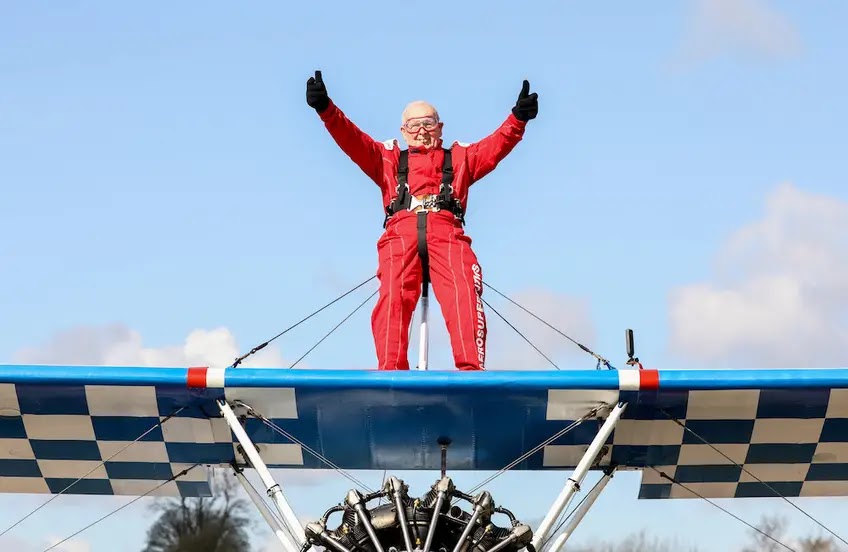 Our aircraft travelled along the Severn Estuary delivering ammunition as part of a training mission, it was a fantastic experience.”

The daring British man used his prank to raise money for a good cause as Ivor’s most recent stunt generated money for the non-profit Ataxia UK, which raises awareness of an illness that affects coordination, balance, and speech, and which affects certain members of his family as well.