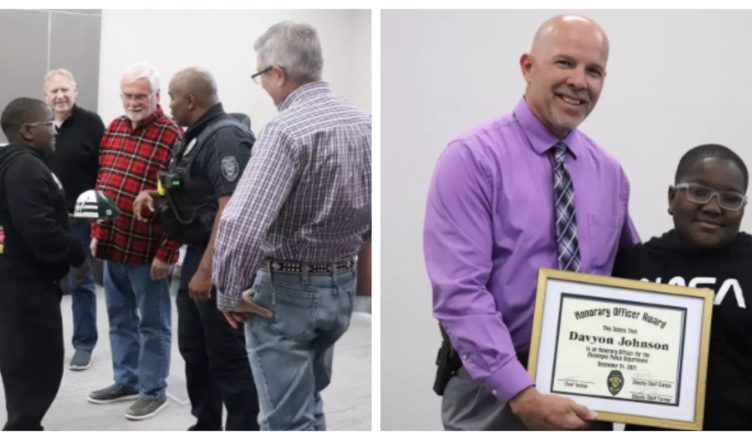 Davyon Johnson, according to school authorities, saved the lives of a choking student and a lady with a walker trying to flee a home fire in a span of hours on December 9.

During a Muskogee Board of Education meeting on Dec. 14, Johnson was recognized for his heroism by Muskogee Public Schools, the Muskogee Police Department, and the Muskogee County Sheriff’s Department. 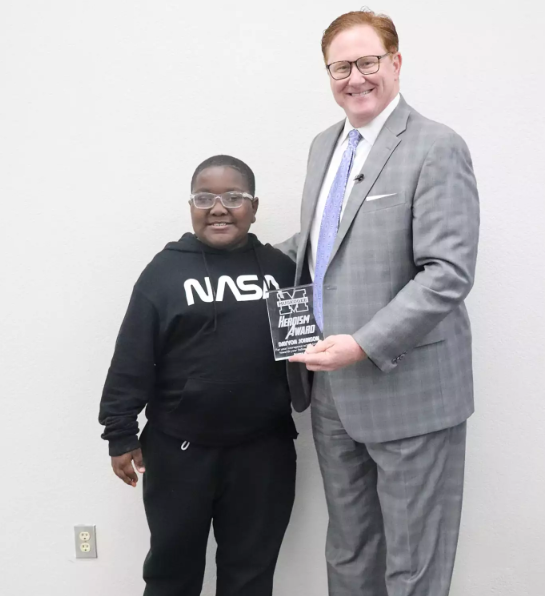 When Undersheriff Greg Martin presented the sixth-grader with a certificate designating him as an honorary deputy for the Muskogee County Sheriff’s Office, the boy was overjoyed.

“We are all very proud of you, Davyon!!” the sheriff’s office remarked in a Facebook post. Johnson’s principal, Latricia Dawkins, referred to Johnson as a “dual hero.” 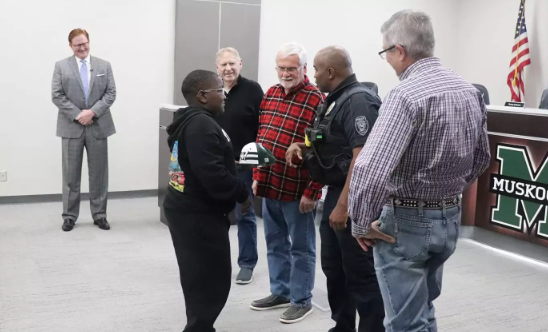 The first event, according to Dawkins, took place during the school day. After one of his students at the 6th and 7th Grade Academy accidently swallowed a water bottle cap while trying to open it with his mouth, Johnson acted quickly, according to the school’s administrator.

According to Dawkins, Johnson “immediately rushed over” to the choking youngster and executed the Heimlich technique.

The boy claimed that he learned how to do the Heimlich technique on YouTube and advised that others should do the same. “Just in case you find yourself in the same predicament as I did, you’ll be prepared,” he told. 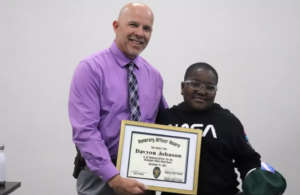 Johnson’s courage, however, did not stop there. After school, Johnson came across a lady with a walker who seemed to be trying to flee a burning house. The flame, according to the youngster, started at the rear of the structure but finally spread to the front of the property.

That’s when Johnson sprung into action to save the day. Upon seeing that the lady was “not moving rapidly enough,” the sixth-grader ran across the street to assist her into her vehicle 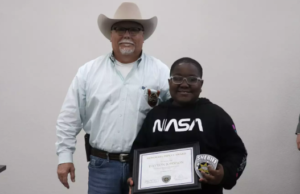 “I believed, as a decent citizen, I’d cross the street and assist her in getting into her vehicle and speeding away.”