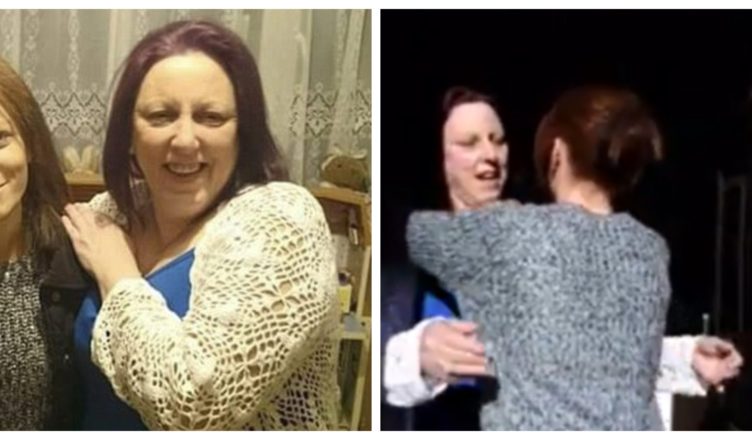 When Stacey Lee was two years old, she and her two boys moved in with their father to live with him and his family. Lee, now 23 years old, had not seen her mother, Brenda Drake, in the two decades that had followed — until a popular Facebook post brought the two women together.

After years of unsuccessfully attempting to find her long-lost mother, the lady followed the advise of her boyfriend and took a picture of herself holding up a cardboard sign with her mother’s information written on it, which she then placed on Facebook. 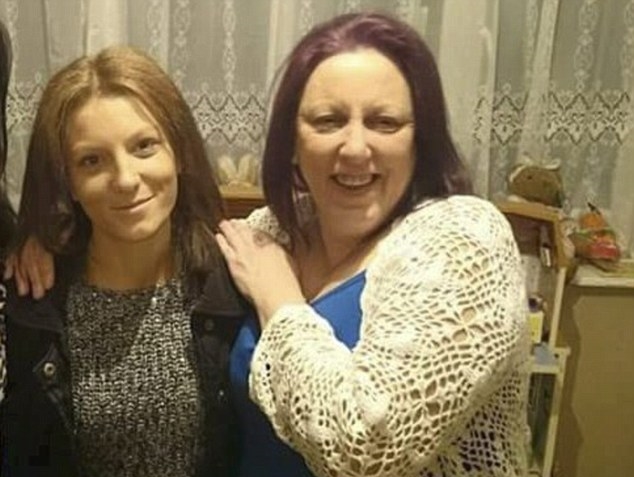 The sign read as follows: “Seeking the whereabouts of my biological mother Brenda Elizabeth Davies.On the 21st of October, 1991, I was admitted to Manchester General Hospital. My mother has two additional sons, who are my brothers. Please get in touch with me if you have any queries.”

Within a day, she received a call from a woman claiming to be Lee’s cousin, who connected her with Drake. “I couldn’t believe it when I glanced at my mother’s Facebook page and saw that she looked just like me!’ 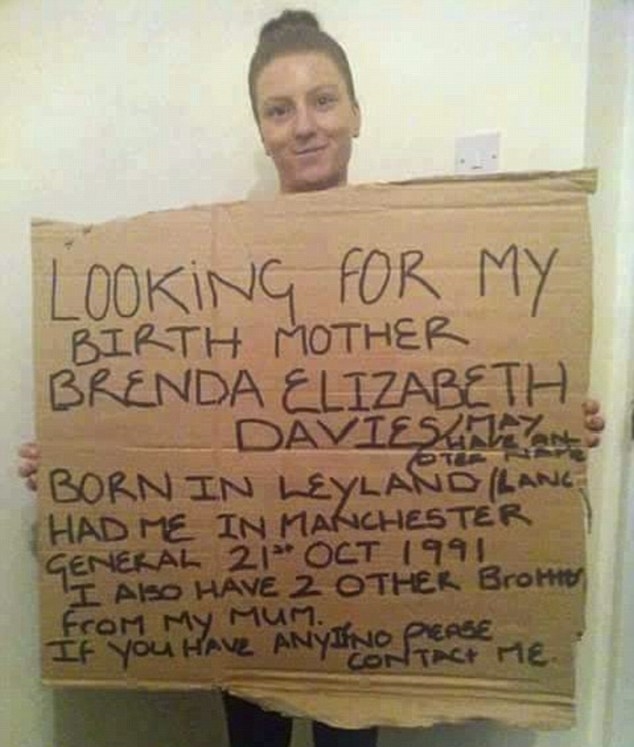 “I wrote her a message in which I expressed my need for her and my desire to establish a connection with her.

She provided me with her phone number, which I then dialed. As I dialed the number, my hands were trembling, and I simply sat there gazing at the phone for 15 minutes before making the call.” 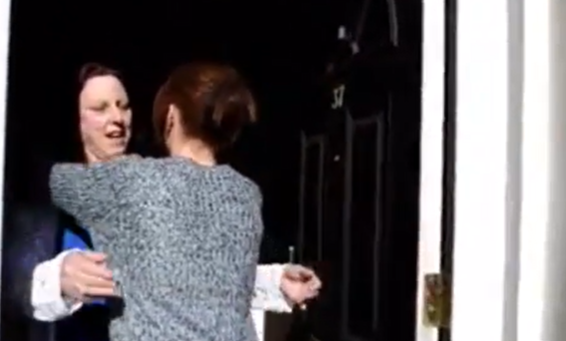 Both ladies sobbed with pleasure when Lee eventually picked up the phone and told them they had made it.

Lee soon discovered that her mother had remarried, changed her surname and had given birth to four additional children. The next day, the mother and daughter met in person in a bar in Lancashire.