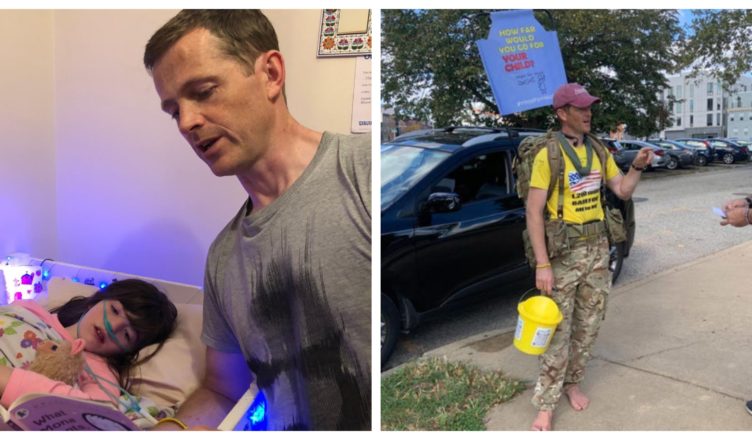 Army Major Chris Brannigan from Surrey, England is at it again; he has pledged to walk barefoot for a second time in an attempt to gather cash to discover a solution for the uncommon condition that his daughter, who is nine years old, suffers from.

A year ago, Major Brannigan completed a walk that circumnavigated the United Kingdom, which was almost 700 miles long. 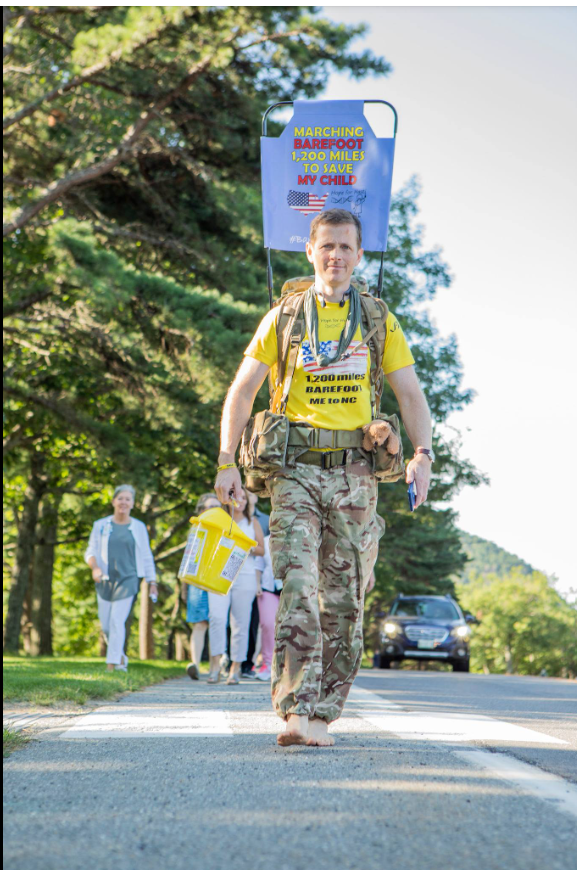 He was successful in raising close to 700,000 dollars for the purpose of funding research into the therapy of Cornelia de Lange disease (CdLS).

Despite the fact that CdLS is present at birth, in 2019 the Major Brannigan’s daughter, Hasti, was identified by physicians as having the genetic illness. Major Brannigan wasted no time in diving headfirst into the first of his fundraising challenges. 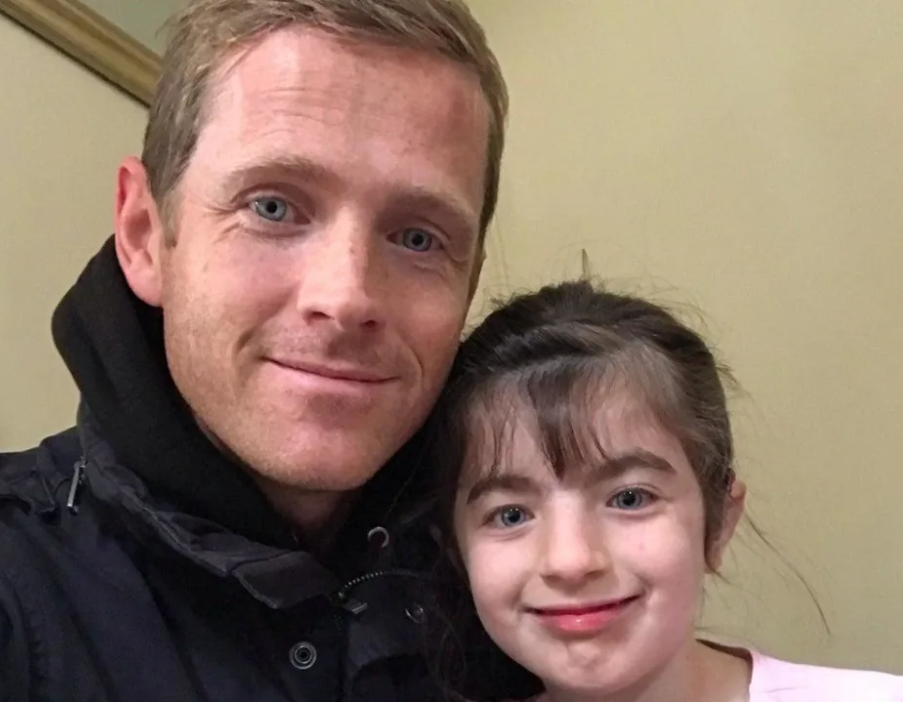 Now, his objective is to amass sufficient funds so that tests of the therapy, which has already been designed, may be carried out in clinical settings.

Major Brannigan has committed to fulfilling his goal to travel 1,200 miles barefoot while lugging a load that weighs around 55 pounds. 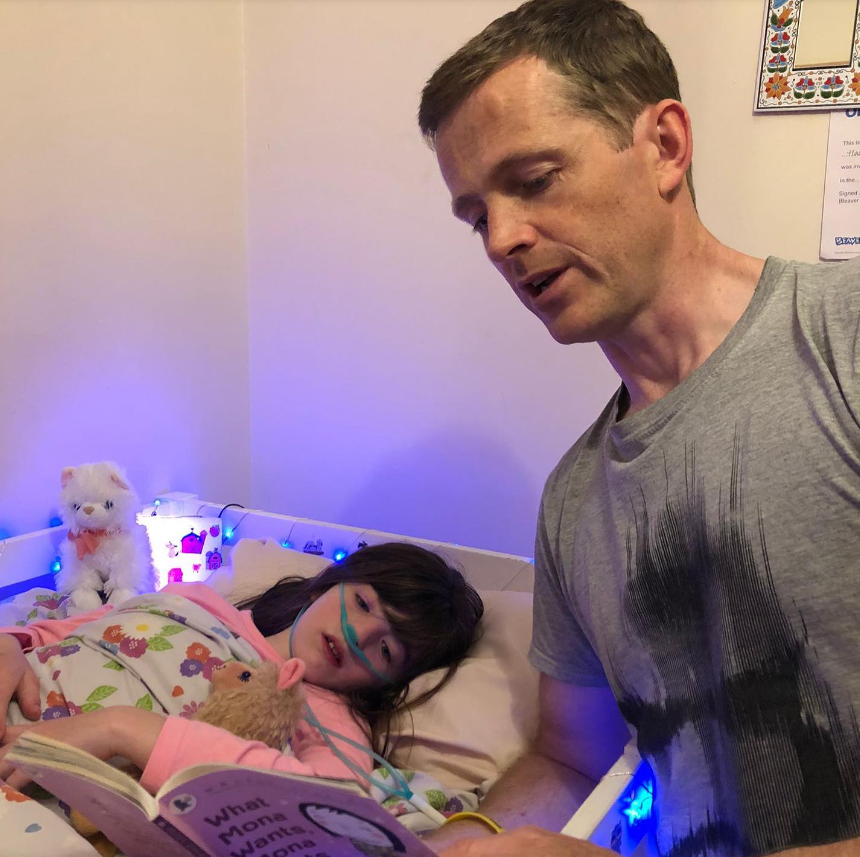 “It means lots of things that other children find easy are quite difficult for Hasti, and it’s quite isolating,” shared Major Brannigan. The members of the medical team cautioned Major Brannigan and his wife, Hengameh, that it was possible for Hasti’s health to deteriorate when she entered adolescence.

Because of this, they believe that they have to move rapidly in order to assist their daughter. 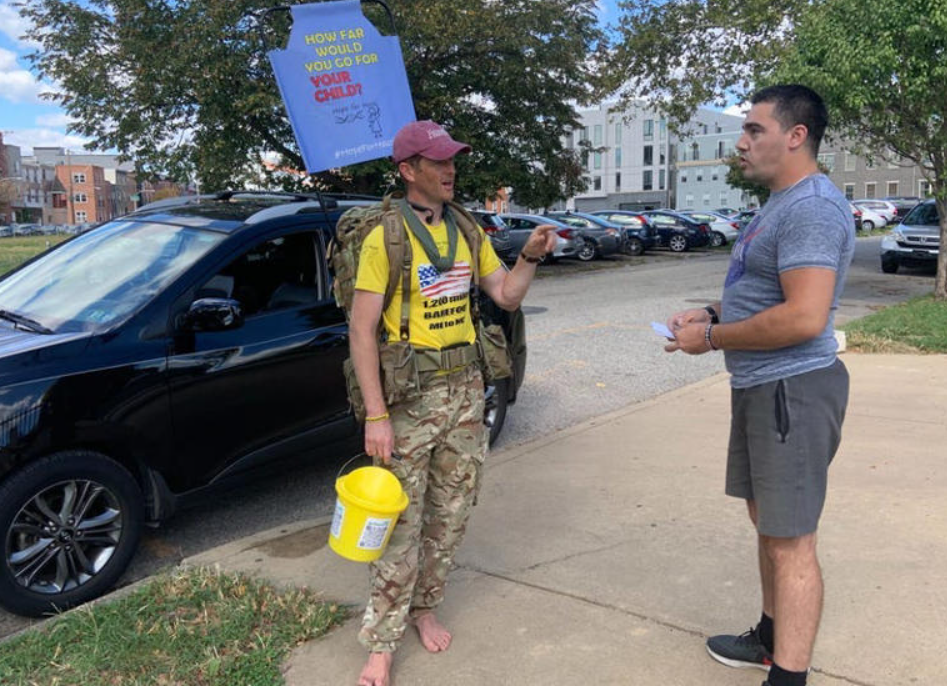 It is anticipated that Major Brannigan would finish his journey in fifty-three days while walking barefoot.

In that amount of time, he expects to raise $3.5 million, which will be enough money to finish the clinical studies and make the medication accessible to patients.