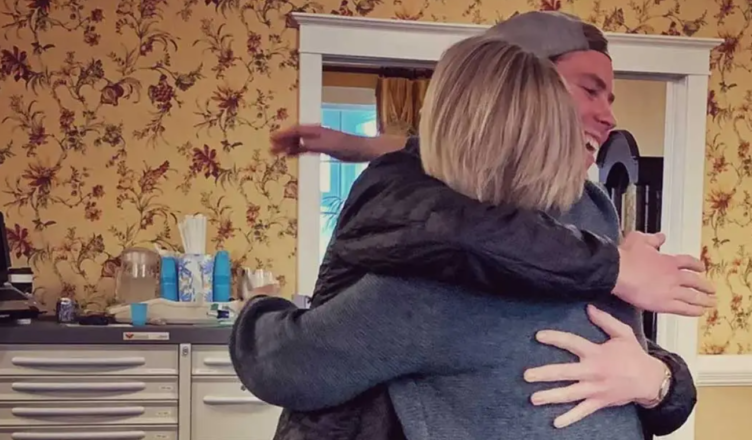 After donating her embryos in Indianapolis 25 years before, a lady just found out via DNA testing that she is the biological mother of a boy she was unaware even existed.

After being placed for adoption as an infant in 1969, Kristin Schoonveld, now an adult, decided to get her DNA tested in the hopes of locating her original parents. She was astounded to discover a match that indicated she was the mother of a boy. 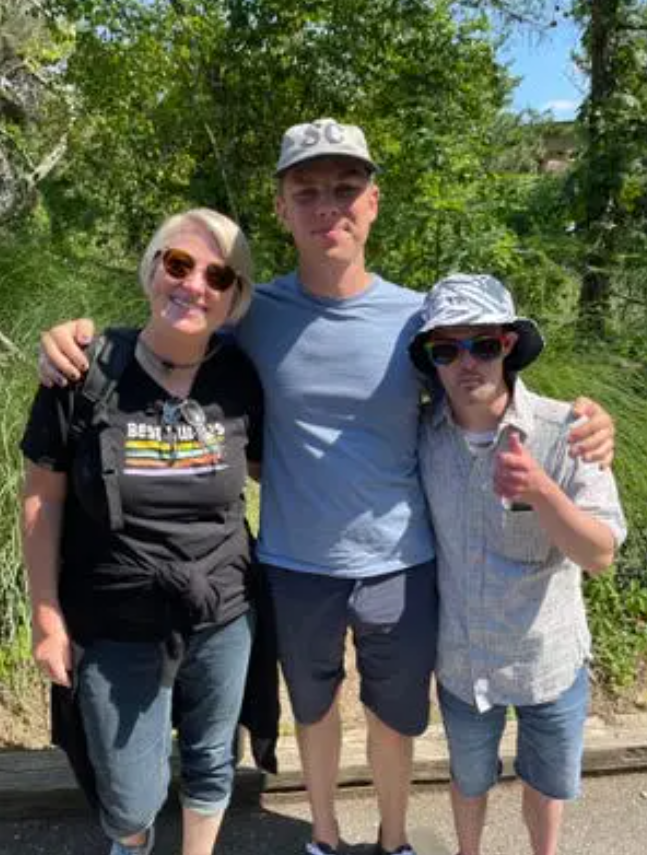 Because Schoonveld, who was 52 at the time, had never been pregnant before, she at first thought that it must be “some kind of mistake.” However, as she continued to browse over the profile, she became aware that the young guy genuinely resembled her.

She continued reading and eventually learned that her “son” was the product of an in vitro fertilization procedure. And he was, in the same way that she was, seeking for his biological family. 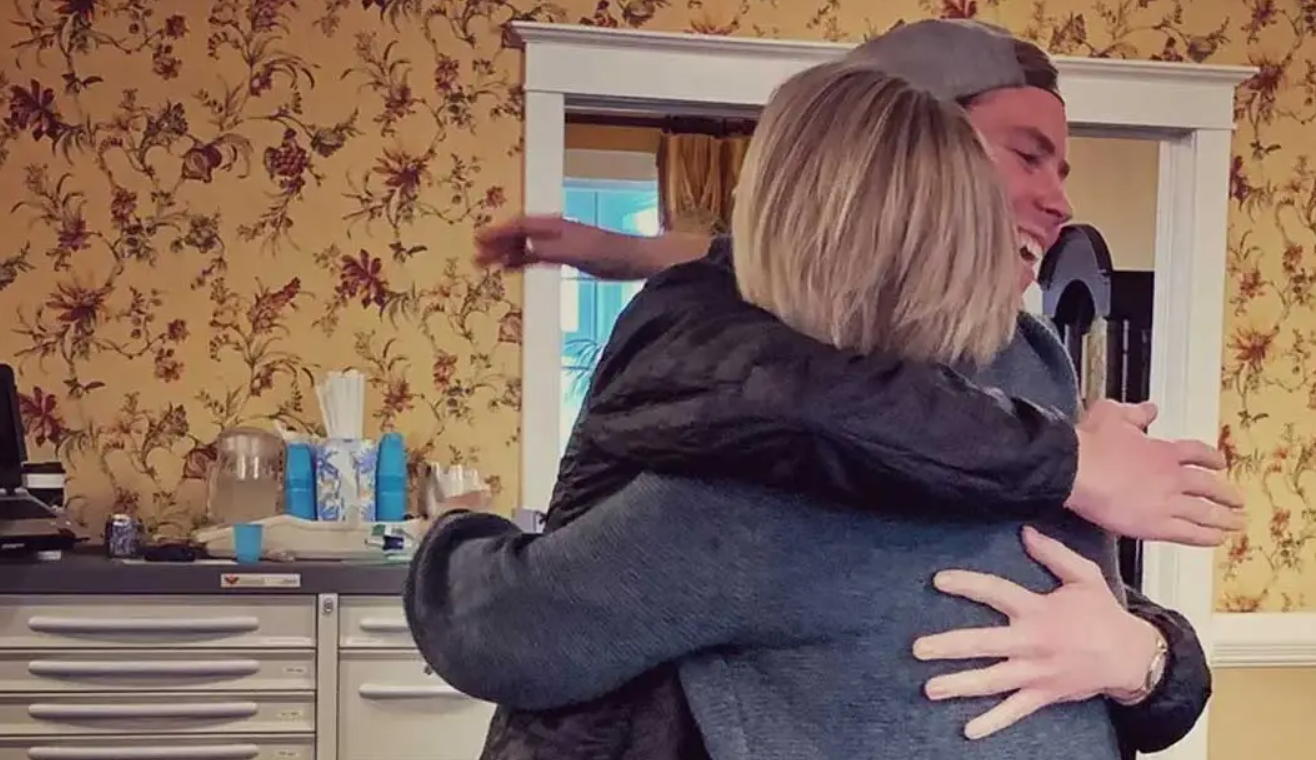 Soon after, Schoonveld recalled something she had done in the past: she had anonymously given her embryos to a couple who were having difficulty conceiving.

In the years that followed, Schoonveld said that she “sometimes marveled” at the concept that she may have a biological kid somewhere, despite the fact that she seldom gave the possibility any attention. 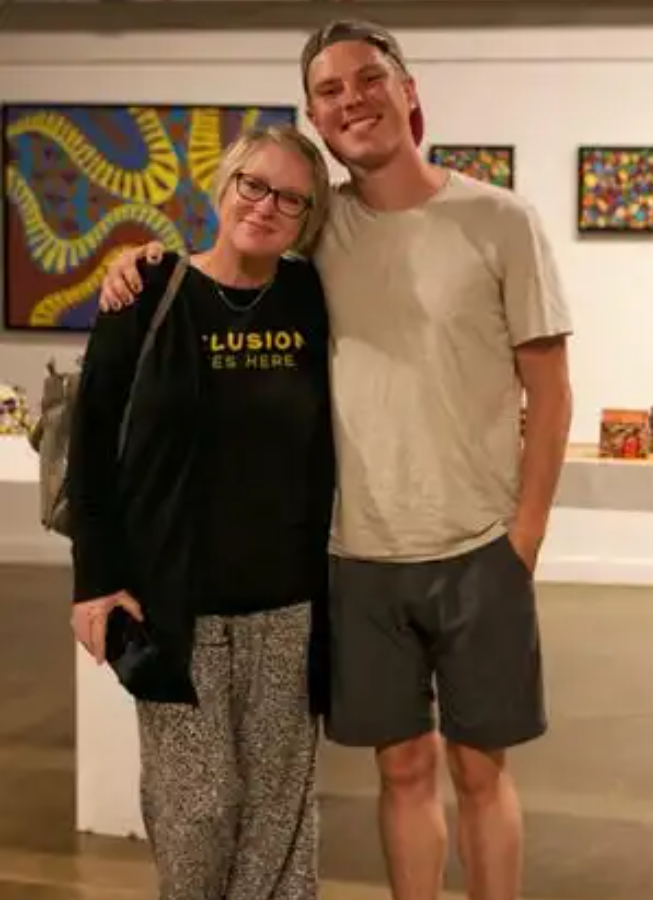 A number of years later, in June of 2012, Schoonveld went to the Special Olympics and there she ran into a young guy with Down syndrome called Nick. Nick was someone Schoonveld had known while she was in college many years before.

Nick was just nine years old when he was enrolled in the second grade special education class that Schoonveld worked in back then. The couple “was connected to one other from the very beginning,” and Schoonveld even worked as a nanny for him during the course of the summer. 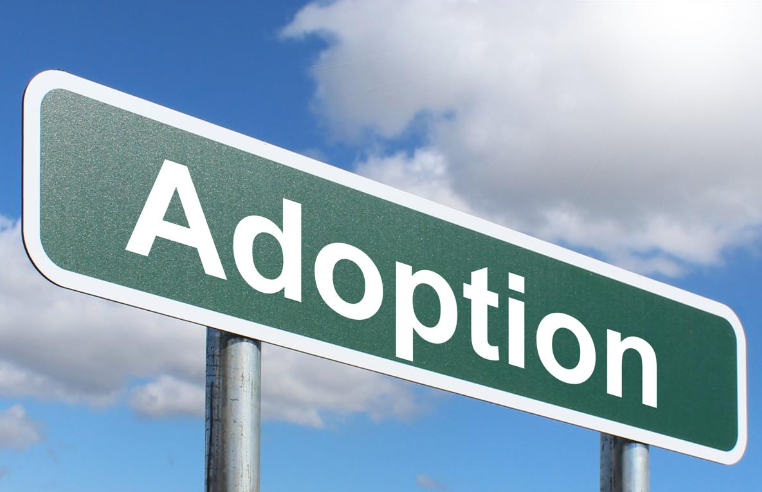 Unfortunately, they were unable to reconnect over time. Therefore, when they saw each other again during the Special Olympics, it served as the ideal occasion for them to catch up with one another.

They became even closer when Nick’s mother, Grace, was diagnosed with non-lung smoker’s cancer, which is a rare kind of lung cancer. Schoonveld would pay frequent visits, and she did so even after Grace, who had reached the age of 60 when she passed away in January 2015. 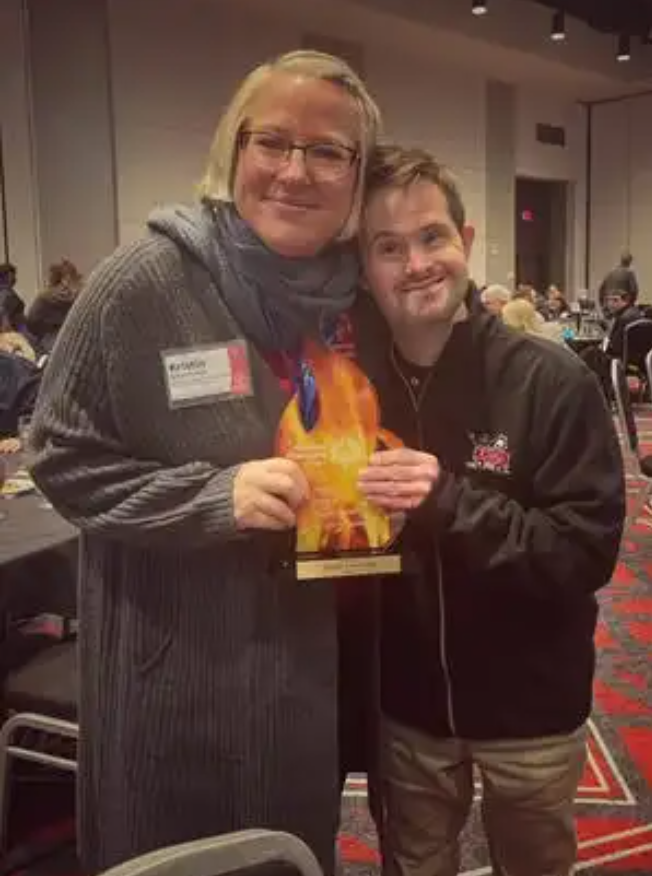 Additionally, Schoonveld developed a relationship with Nick’s father, Brian, and the two quickly fell in love with one another. In January of 2018, the pair sealed the marriage, and in April of same year, she completed the formal adoption of Nick.

The fact that Schoonveld was able to finish the adoption procedure at the same courtroom where she had been adopted when she was a baby sparked her curiosity in gathering additional information about her birth family. 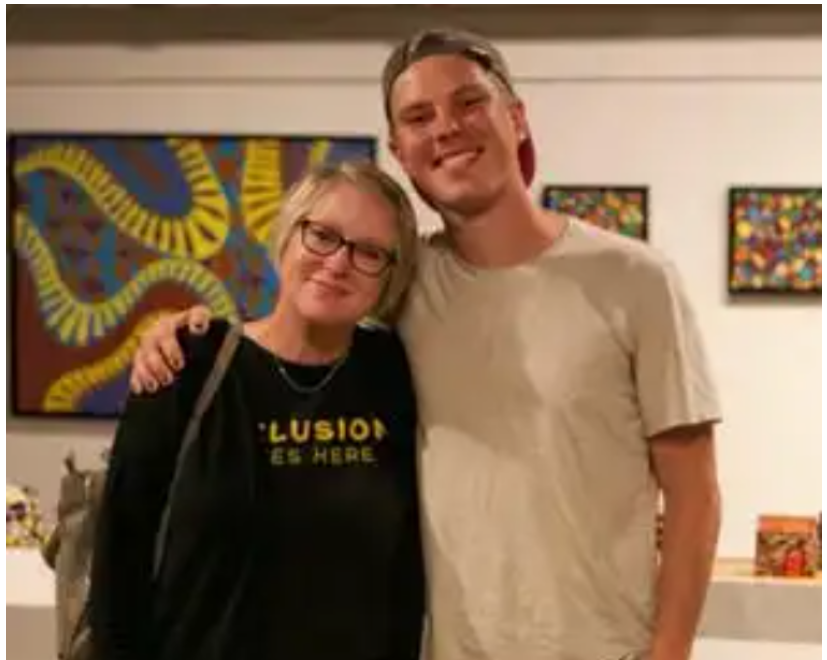 Parker Erickson, now 26 years old, was born as a result of in vitro fertilization using an embryo donated by a donor. Erickson had visited the same website in order to not only locate his biological mother but also to determine whether or not he had any siblings to whom he was previously unknown. 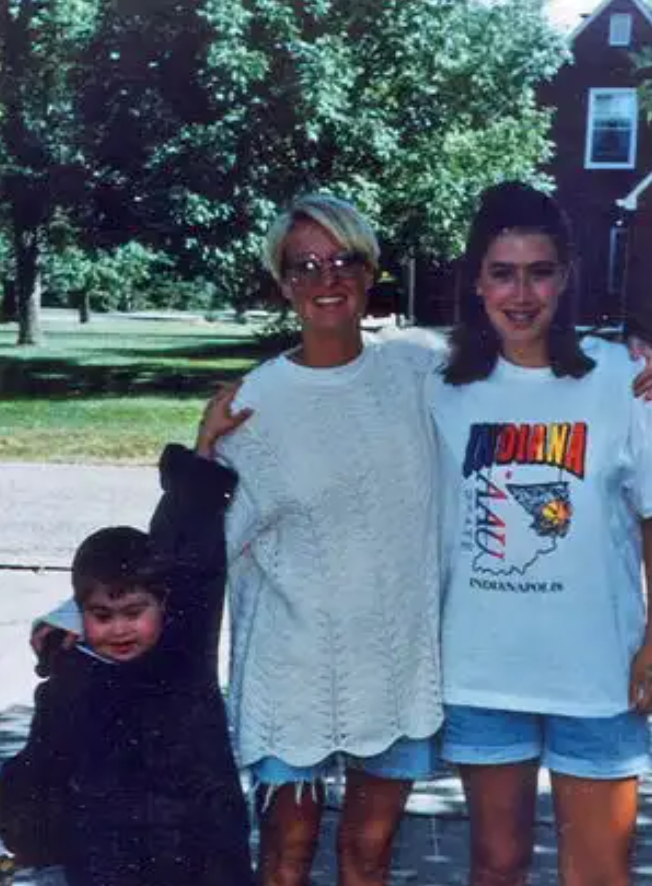 He said that there was always the possibility that “Could there be someone else?” hanging in the air. Following the start of conversation between Schoonveld and Erickson, Schoonveld and Nick made the trip to Indiana in November 2019 to meet Erickson, as well as his parents.

She said that it seemed “like if I’ve known him his entire life” when they first met, and she characterized their encounter as “instant love.” It turned out that the emotion was shared on both sides. 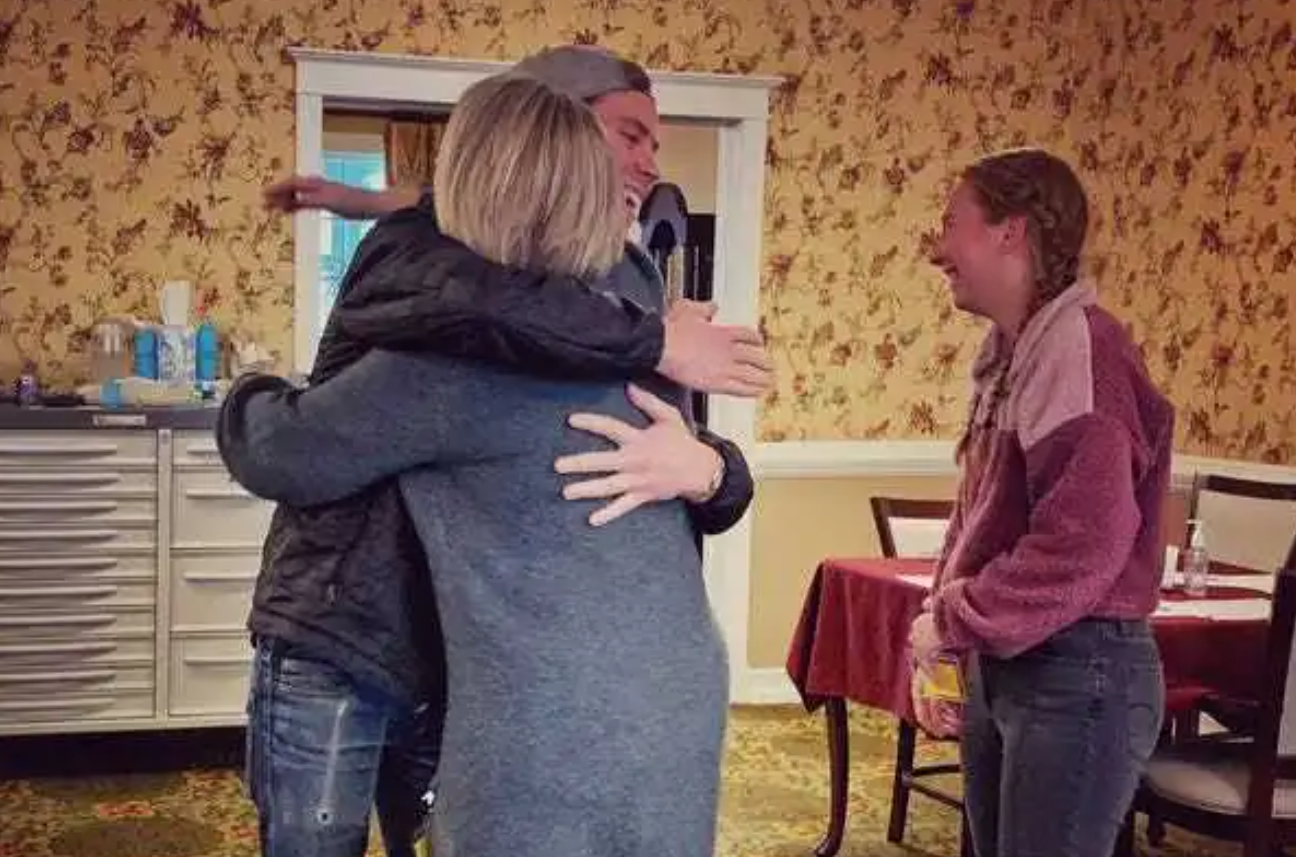 Erickson described the experience as being  quite similar to hanging out with friends he was previously familiar with. Erickson claims that he has always desired to have a brother, and that his wish was granted when he met Nick.

Schoonveld remarked that at this point, “we’ve built a friendship that is going to continue for the rest of our lives.” Because Schoonveld and Erickson have finally discovered one other, both of their worlds have grown much more delightful and expansive.