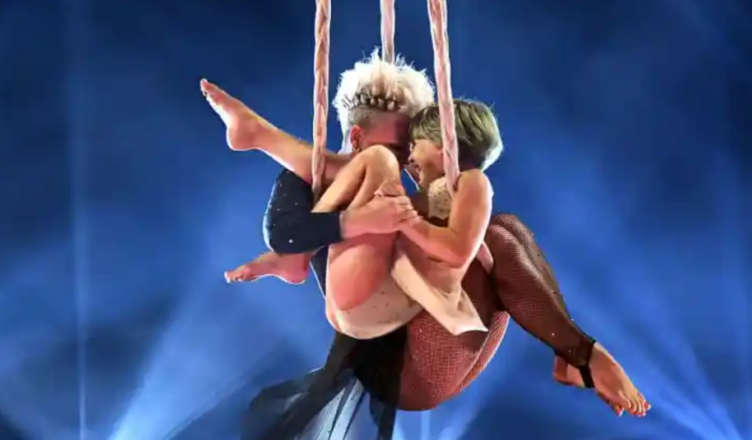 Pink kicked off the celebration at the recent 2021 Billboard Music Awards, where she was recognized with the Icon Award.

At the Microsoft Theater in Los Angeles on May 23, Pink performed an eight-minute mashup of her classics, beginning with a gravity-defying aerial act with her daughter Willow Sage Hart, who is nine years old. 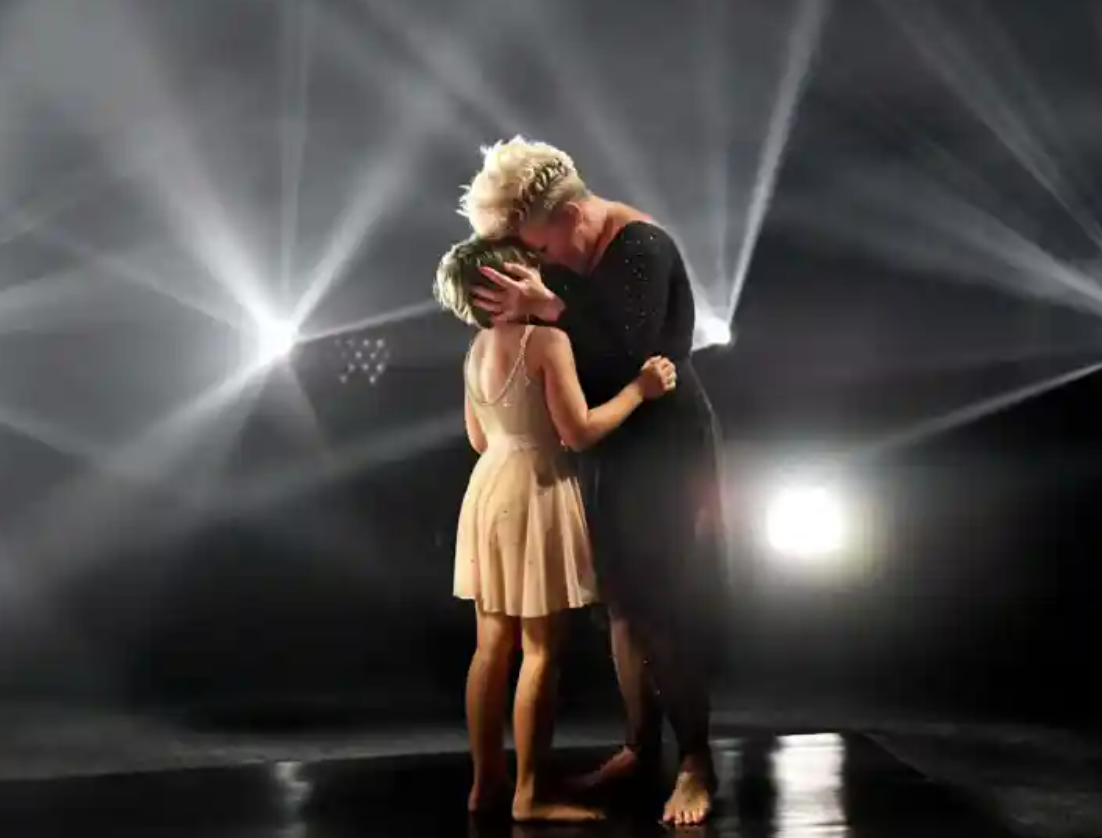 The remarkable mother-and-daughter combination put on a performance of acrobatics in front of a background depicting a full moon while singing their endearing duet “Cover Me in Sunshine.”

Willow and Pink seemed to relish every minute of their incredible performance as they hung upside down and swirled in the air as they were suspended above the audience. 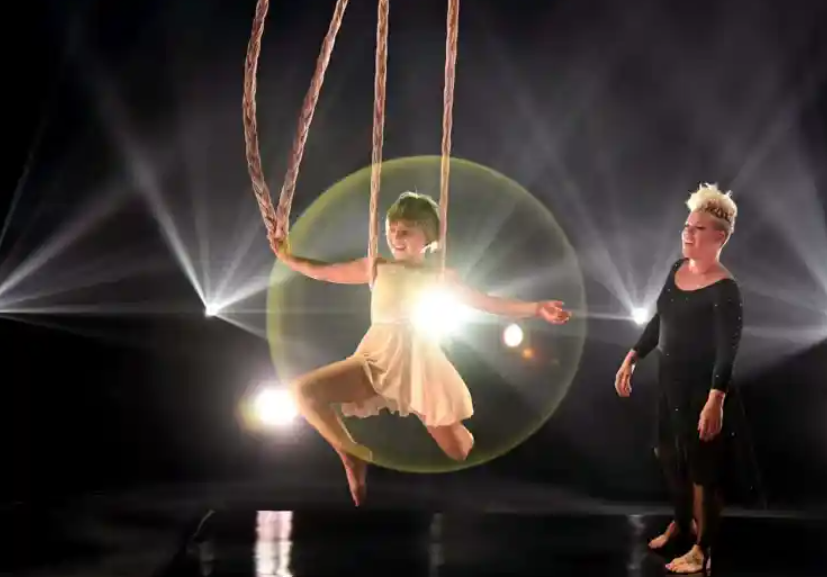 Before Willow left the stage, she and her mom gave each other a hug and a high five.

After that, the 41-year-old started performing her ballad “All I Know So Far,” followed by her high-energy singles “Get the Party Started,” “So What,” and “One Last Kiss.” After that, she moved on to “Who Knew,” followed by “Just Like A Pill.”

Following the conclusion of her group performance, Pink sang a solo rendition of the song “Just Give Me a Reason.” 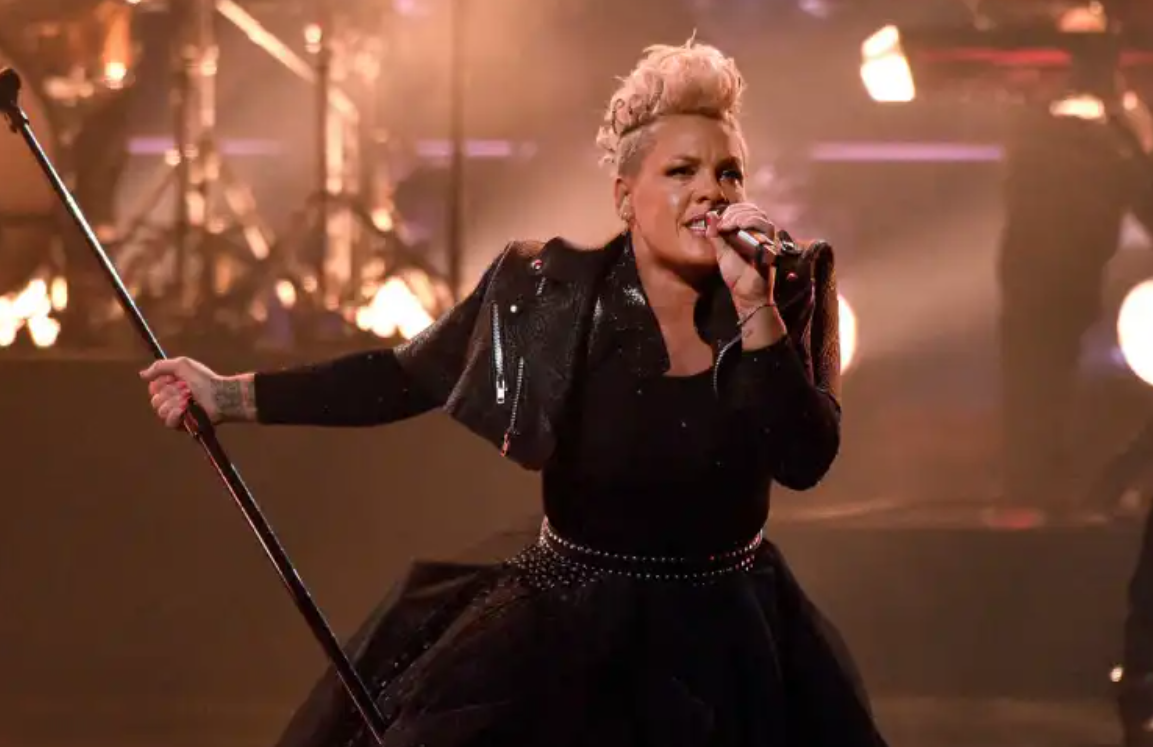 Pink had her signature blonde mohawk while looking fierce as ever in a black tulle skirt, leather jacket, and embracing the badass aesthetic that she has become known for.

According to Billboard, the singer best known for her smash “Raise Your Glass” has achieved four No. 1 singles on the Billboard Hot 100 chart, and each of her three most recent albums has debuted atop the Billboard 200 album chart. 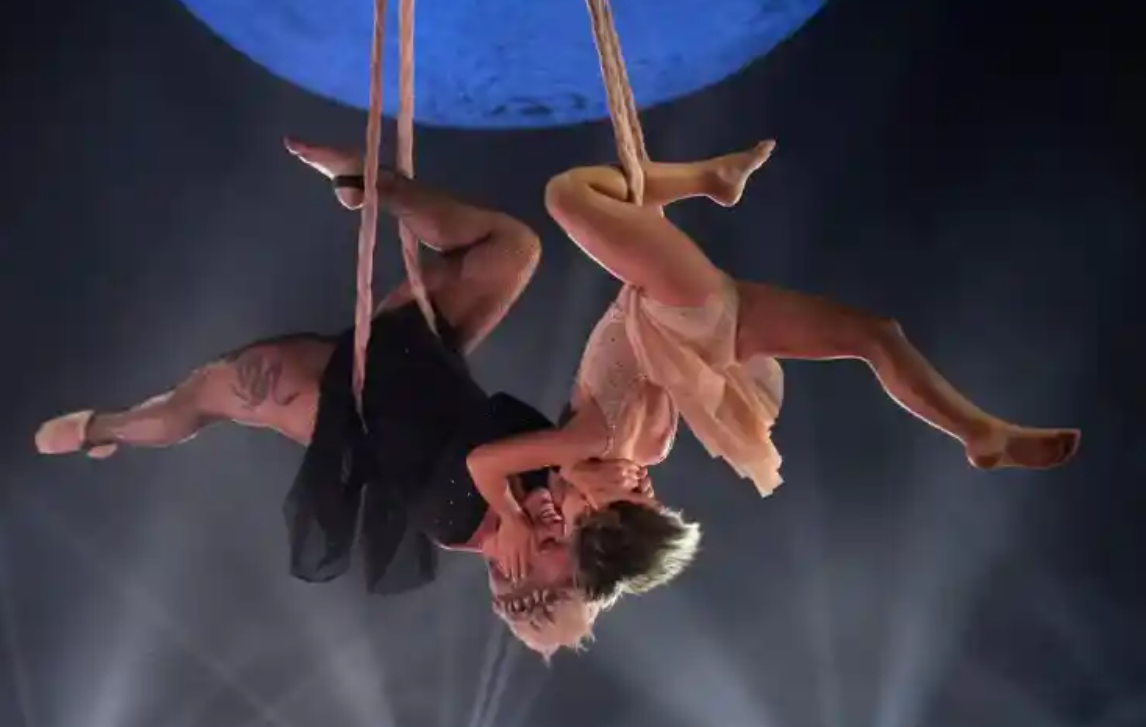 During her victory speech for the Icon Award, Pink praised her daughter Willow’s performance by saying, “Willow nailed it.”