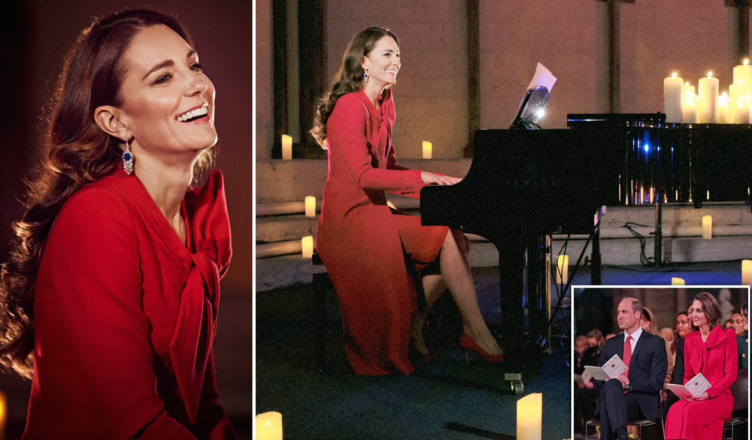 At the Christmas carol concert that Kate Middleton hosted on December 8, she wowed everyone with a newly revealed hidden talent: playing the piano!

In the past, she has demonstrated her abilities in the sports of tennis, drawing, and photography; however, this time, she wowed everyone with her ability to play the piano! 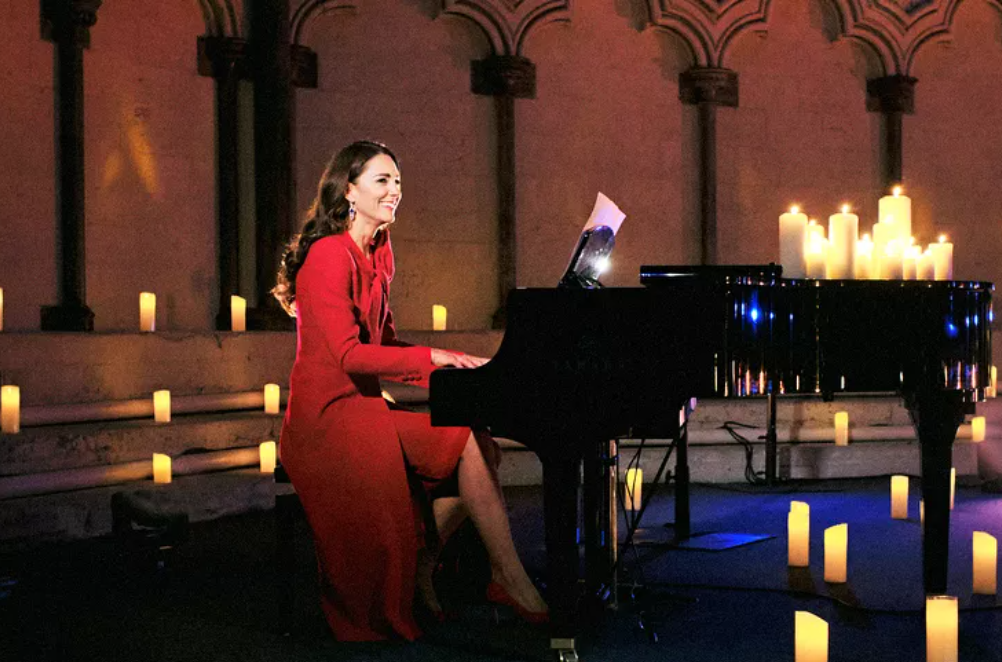 The princess, who was 39 years old, boldly accompanied singer Tom Walker on the keys (in her first public performance!) for his heartfelt performance of “For Those Who Can’t Be Here.”

The event took place inside Westminster Abbey, which was illuminated by candlelight. 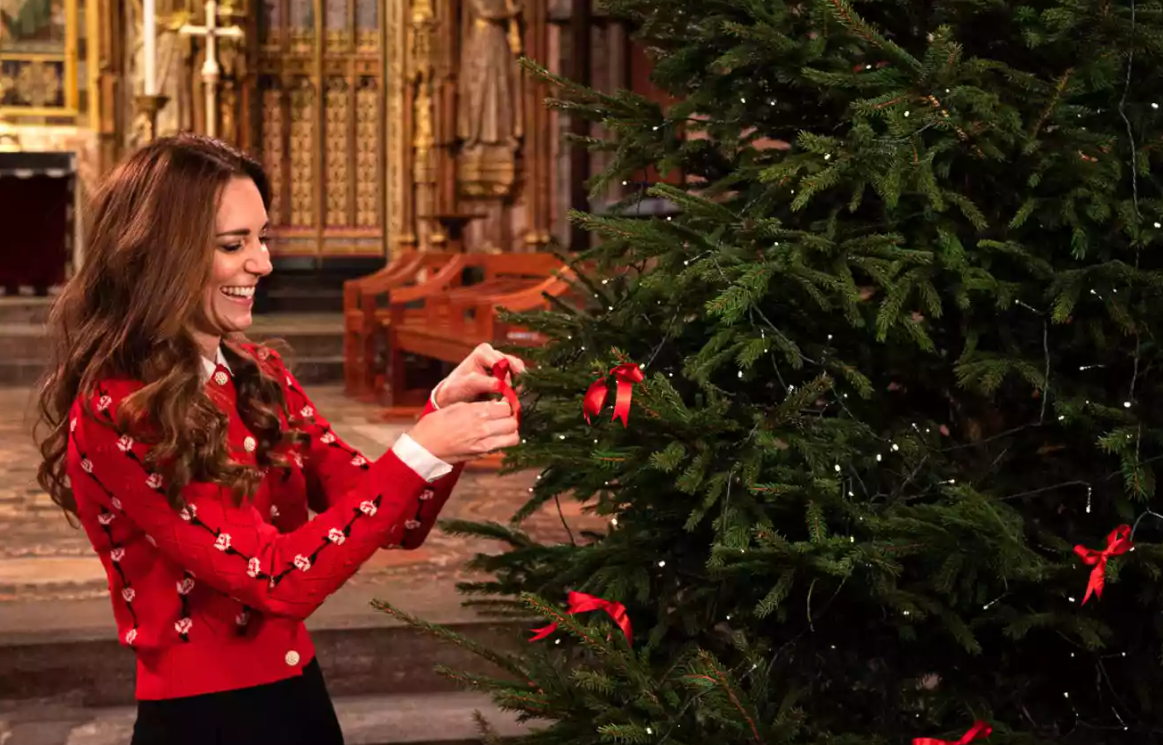 The Duchess of Cambridge, who started playing the piano when she was a kid and has found “great solace” in playing music during the pregnancy, is said to be the one who came up with the idea for the concert, according to a source close to the royal family. 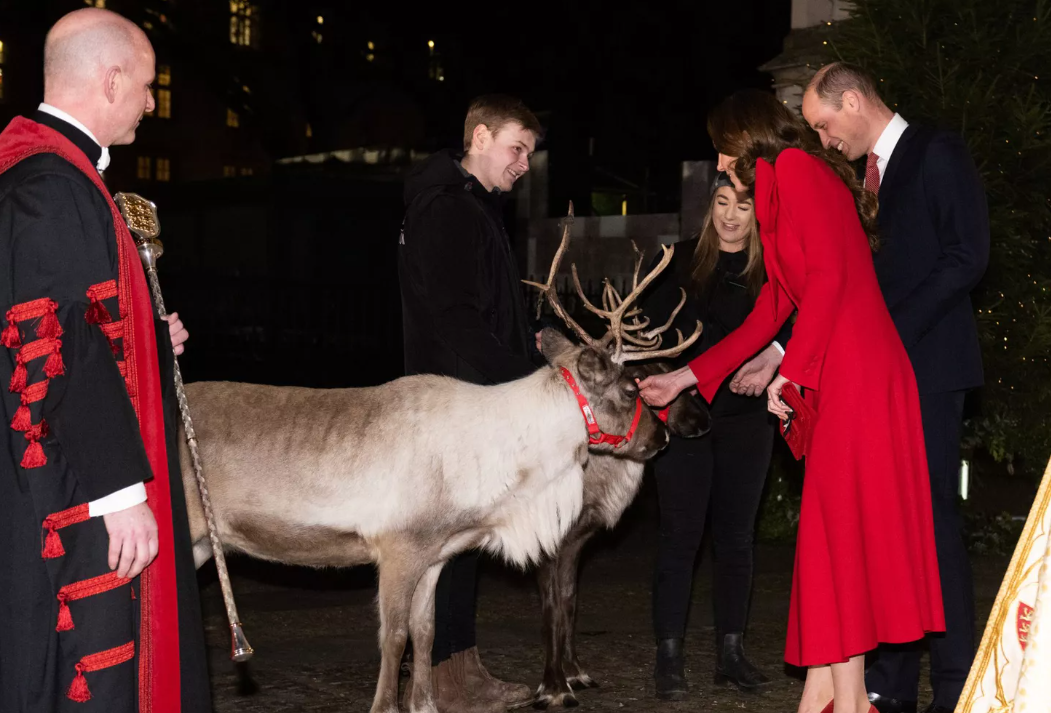 “She is also aware of the profound manner in which music has the ability to bring people together, particularly during challenging times. Due to these factors, she was excited about the opportunity to participate in Tom’s performance in this manner.”