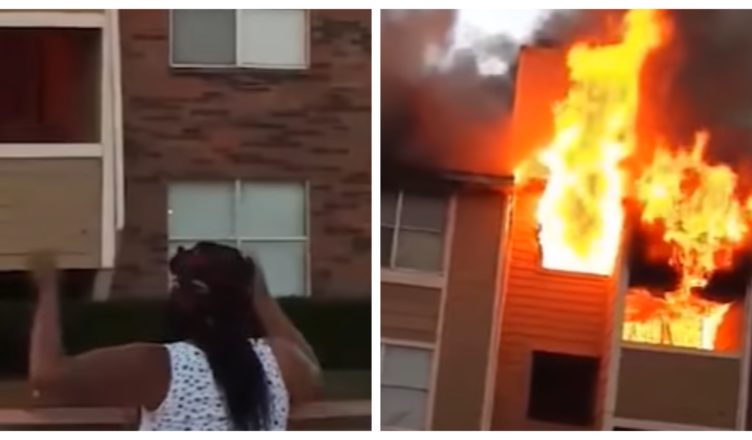 A Dallas man convinced the child’s mother into lowering her daughter from a third-story window and into his arms the day before Thanksgiving, saving the child’s life from a burning apartment building.

As Shuntara Thomas said “I didn’t want my kid to end up losing her life so I dumped her without even thinking.”

Byron Campbell, one of the first individuals on the scene of the frightening incident, seized the 1-year-old daughter in his gentle hands. 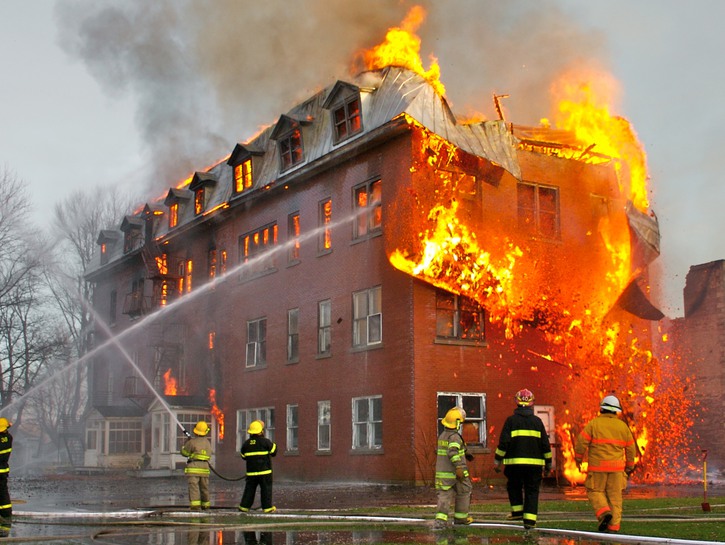 Campbell said he saw smoke coming from an apartment building and went over to check things out and when he saw the fire he raced inside and started pounding on doors, pleading for people to evacuate.

The moment he walked out the door, he joined a small group of people who were using a mattress to assist others in jumping from windows, but then he heard a lady shouting that she had a baby inside so he instructed her to drop the baby. 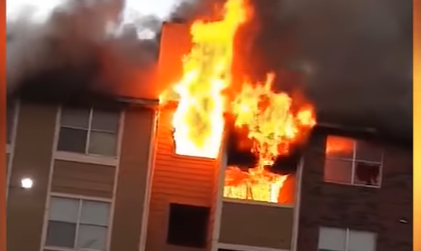 Several persons were able to leave the building via windows, according to firefighters and none of the residents was hurt.

“Throwing my kid out to a total stranger that I didn’t know…but I do appreciate him because my child’s life would not have been spared if it hadn’t been for him,” Thomas said, “as long as I’m surrounded by love and support, I’m okay.” 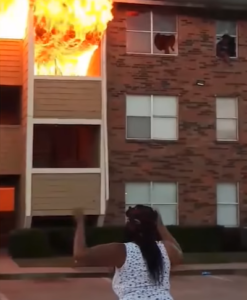 “Despite the fact that I may not have anything else, this experience has taught me to be grateful not for material possessions, but rather for all that I do own.”