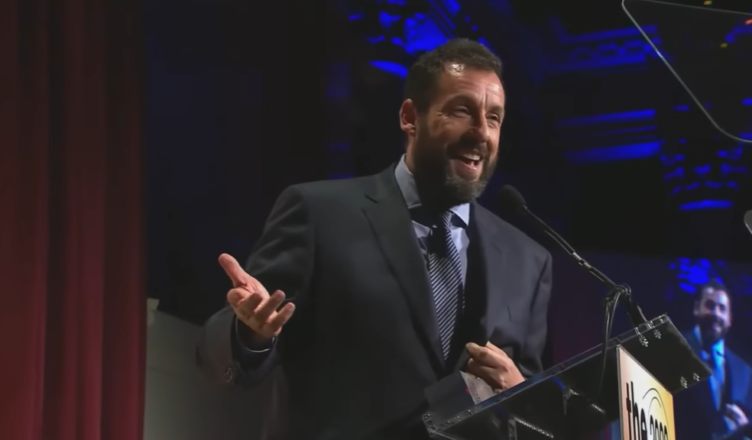 Adam Sandler has a reputation for being a really humorous person, and the fact that he has appeared in a lot of comedies is evidence of how amusing he really is.

In the field of comedy, he has established himself as a star thanks to his wit, his comic timing, and his ability to be an endearing goofy. 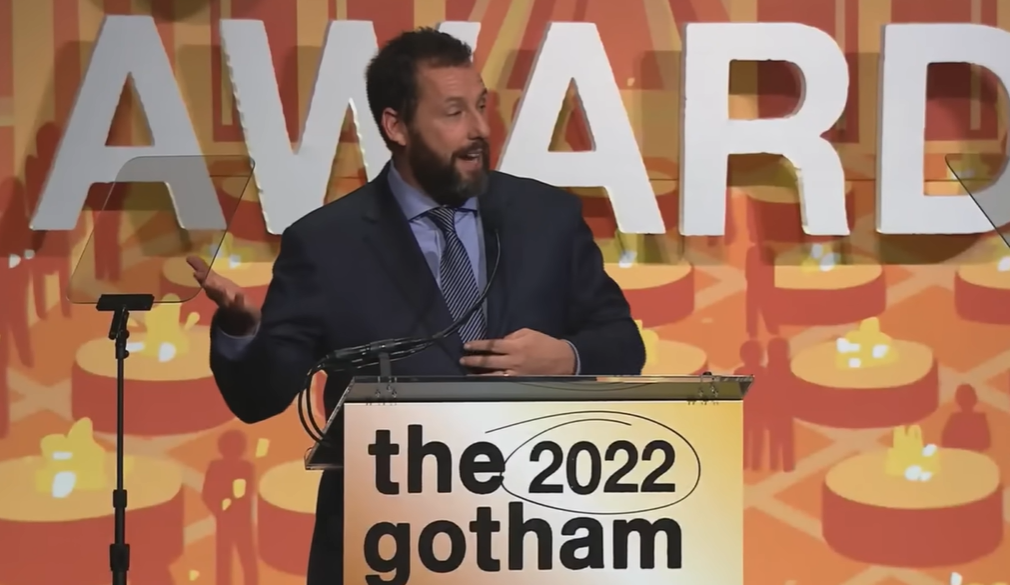 However, Sandler’s real-life relationship with his wife, whom he has been married to for over two decades and has known for much longer, is by far the most beautiful romance he has showed the world on screen. They have been together for even longer.

Jackie Sandler was once known as Jacqueline Titone before her marriage to Sandler. After getting her start in the entertainment business by modeling both nationally and internationally, Jackie went on to feature in a few films, several of them with the guy who would later become her husband. 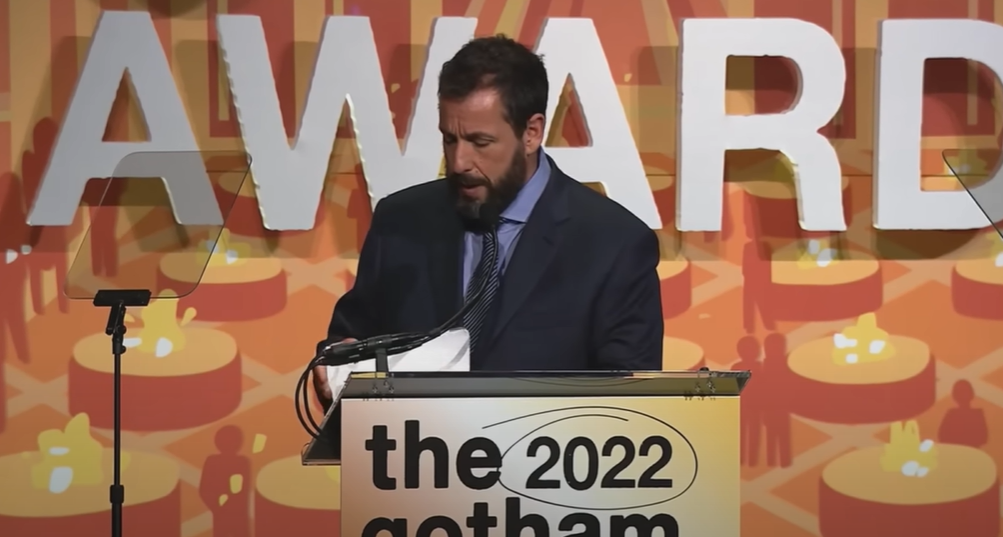 Although it’s possible that Sandler’s relationship with his now-wife and ultimate marriage to her in 2003 was the most romantic thing he’d ever been a part of, he and his wife now have two lovely girls who must be another source of happiness.

In an interview, Sandler shared the following sentiments on his experience of being a parent: “My kids offer me the greatest pleasure, but there are life changes. After 9:30 in the evening, I will not leave the house to meet anybody. 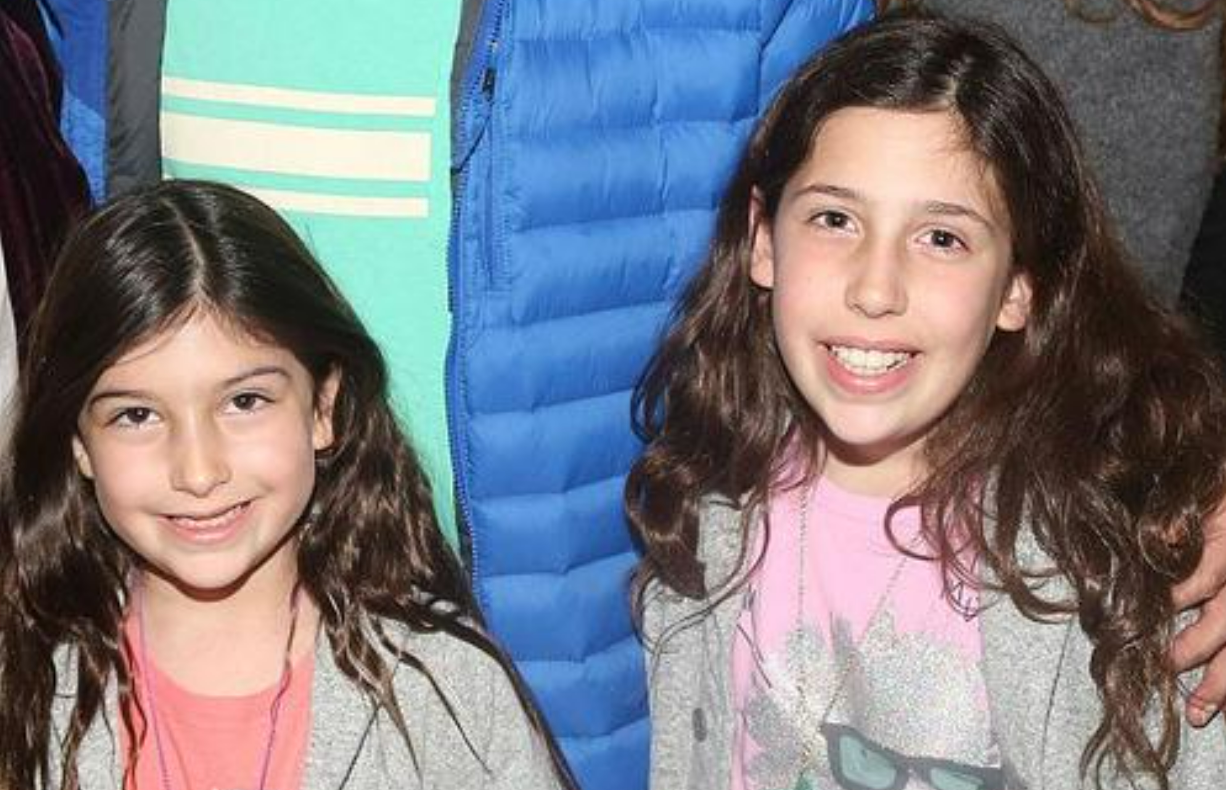 I have supper around 6 or 7. If someone makes me stay out until 10:30 at night, I am unhappy the whole following day because I am fatigued.”

At the 2022 Gotham Awards, which were held on November 28, 2022, Sandler gave a hilarious acceptance speech, which had been written entirely by his two daughters, Sadie, 16, and Sunny, 14 – demonstrating that they have inherited their father’s impeccable wit and natural ability to make people laugh. The speech brought the house down. 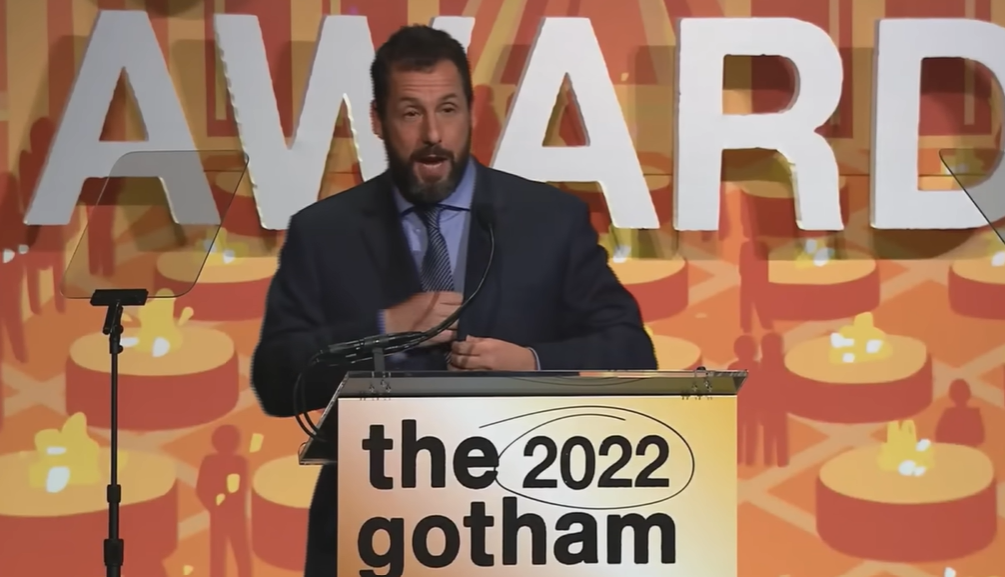 As he continued to read, he said, “While daddy is with you tonight, we’re doing everything that we’re not allowed to do when daddy is home, like eating his Yodels or trying on his Spanx or, dare we say, laughing out loud at Ben Stiller movies.

The last time papa found us laughing during the ‘Meet the Parents’ trilogy, he instantly went into the area he calls ‘The Screaming Room,’ which we simply call ‘the shower,’ and yelled out the words, ‘Only the Sandman makes people laugh.'” 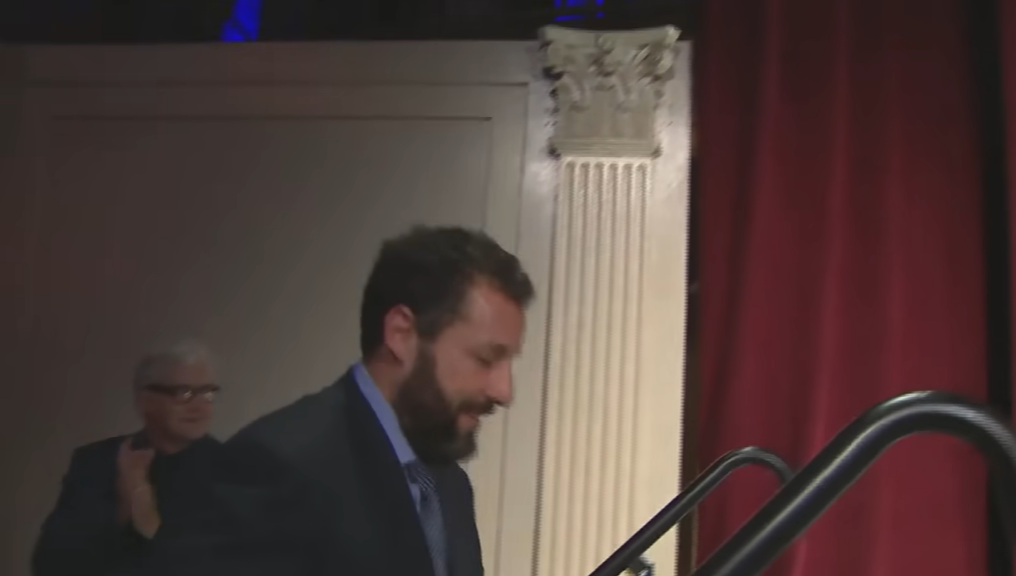 Sandler, who had been a widely known staple in both the comedy and cinema industries in general, was presented with the Performer Tribute Award, which was one of the most prestigious accolades bestowed upon recipients during the course of the thirty-decade-long celebration.