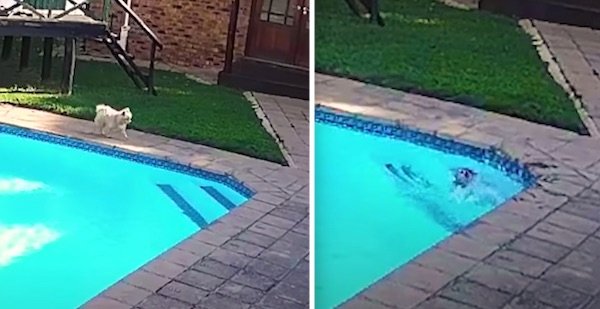 The heroic acts of a dog to rescue her mate were discovered when a family analyzed the footage of CCTV cameras installed around their swimming pool.

A surveillance video from a property in Boksburg, South Africa, showed the moment a rescued Staffordshire Terrier saved her Pomeranian friend from drowning in a swimming pool. 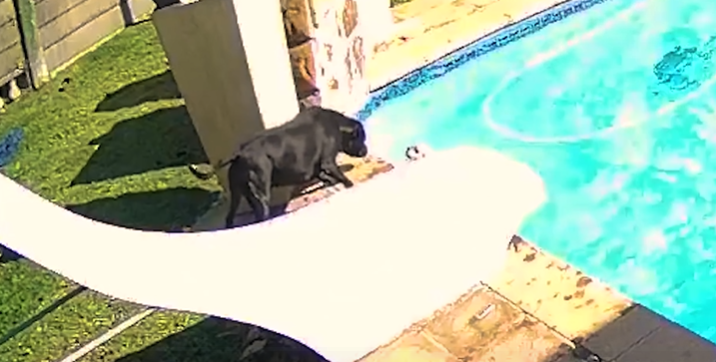 The footage was taken by the homeowner’s security camera. While going around the pool, Chucky (13 years old) made the unintentional decision to fall in right next to the pool’s steps.

At the time of the occurrence, Chucky’s owners, Byron Thanarayen and his wife Melissa, were away from home, but when they came home, they discovered that Chucky had a wet head but an otherwise dry body. 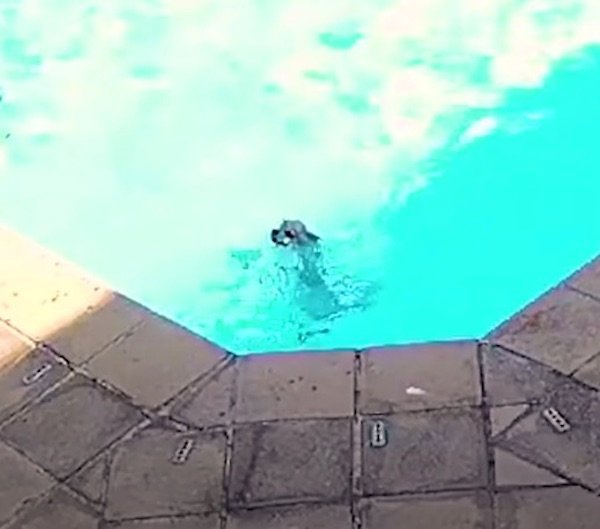 “We attempted to find any evidence as to where he could have gotten water on his head as there was no evidence in the home to corroborate the notion that he had dipped his head in the water,” the father said.

After seeing the surveillance tape, their hearts sank to their stomachs as they could see that Chucky was panicking when he fell into the water since he didn’t return to the stairwell thereafter. 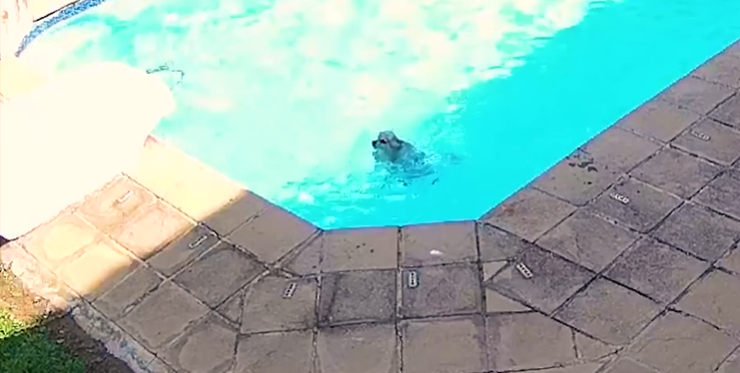 But instead of attempting to get out of the water, the little dog is struggling to keep his head above water.

When Jessie arrived to the pool, she immediately spotted her buddy. Apparently aware that Chucky is in trouble, she follows the tiny dog around the pool’s edge as he frantically attempts to get out of the water.

It took Jessie 34 minutes, but she was eventually able to get a hold of Chucky and get him out of the water using her teeth! The two of them walk out to the backyard, both of them pleased that the experience is finally done.