Between 1972 and 1981, viewers of “The Waltons” were riveted to their television screens. The show aired for nine seasons and was a historical drama about a family living in Virginia during the Great Depression.

The show was a fan favorite and a nightly fixture for viewers who enjoyed witnessing the show’s huge, close-knit family while growing up with the television family. Fans were ecstatic when the actors reunited for six television movies after the series ended.

The films were released between 1982 and 1997. Fans of “The Waltons” had a treat in late 2022 when the cast reunited for the show’s 50th anniversary, where old memories were shared. 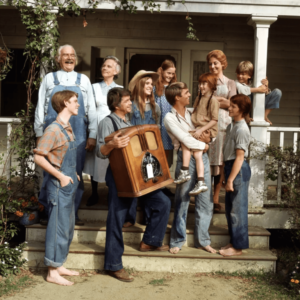 “The Waltons” reunited in a public celebration on November 17, 2022, to commemorate the show’s 50th anniversary. The actors of the successful family series hosted an exhibit and a Q&A for those in attendance at the event.

The event was presented by film and television critic Leonard Maltin at the Hollywood Museum. The display featured the show’s original costumes, scripts, Emmy Awards, set artifacts, Earl Hamner’s typewriter used to compose the series, and much more. 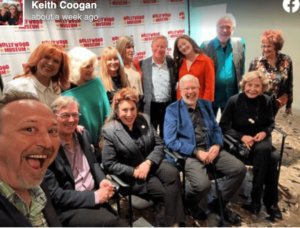 Jon Walmsley, who portrayed Jason Walton, appeared via Zoom from the United Kingdom (UK), as did Mary McDonough, who played Erin Walton, and David Harper, who played Jim Bob Walton.

Eric Scott, who portrayed Benjamin Walton, Kami Cotler, who played Elizabeth Walton, and other members of the cast and guest stars all pitched. Thomas, who originally portrayed John-Boy, said the exhibition’s outfits moved him.

He also recounted seeing Ralph Waite’s (John Walton) Levi jacket all the time, which “got me right to my neck.” The group had a great time at the event, posing for photographs and chatting with fans.

They were considerably older at the time, yet they still seemed like a large Walton family as they sat on stage joking, talking like they’d never been apart, and answering questions from the audience. The actors flooded fans with warm, positive memories from the past.

Scott, who portrayed Benjamin Walton, uploaded photographs and videos from the “The Waltons” event on Facebook. Fans flocked to the comments section to express their feelings, recollections, and nostalgia over the postings.

One individual thought the event was “amazing” and thanked Scott for sharing photos from it. The fan couldn’t believe the series was celebrating its 50th anniversary and mentioned how they were 12 at the time but aren’t the same age today! 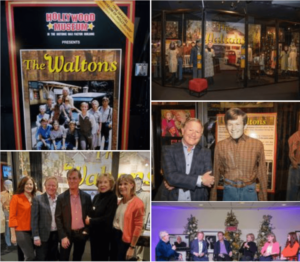 Someone said that they had pleasant recollections of viewing the show and would watch it again if they had the chance. A third individual stated that they were still watching the repeats and praised the actor for the “great memories” they had as a youngster.

Each week, the individual recalls watching “The Waltons” with their grandma. Cotler, who played Elizabeth Walton on the show, also uploaded a Facebook photo with a flashback poster and outfits from the show with cut-out heads attached.

The social media user remembered how, despite not watching much television, they were always allowed to watch the show!

A fan described the display as “wonderful” and added that they were binge-watching “The Waltons” on Hallmark Drama. The fan also shared a recollection of seeing the show with their family, writing:

“I recall our family gathering in the family room in the 1970s to watch your show on a regular basis, and I’ve been thinking a lot lately about how much times have changed since then.”

The Facebook user stated that they would go back in time if they could, now that they knew what they knew. Someone else recognized how corny they were by thanking Cotler for his posts.

The fan stated that the messages made them happy and reminded them of the greatest things about growing up during difficult times. The person mentioned that “The Waltons” were a huge part of their early memories.

The social media user remembered how, despite not watching much television, they were always allowed to watch the show! The fan even stayed up late to see it and mentioned how they were a newborn or toddler when the show first aired. 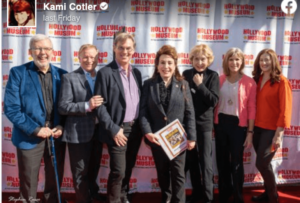 A social media user of Cotler stated that they missed the first few years of the series but made up for it afterward. The fan, who is now a redhead, explained how they want to be a long-lost Walton before thanking the actress for the tweet.