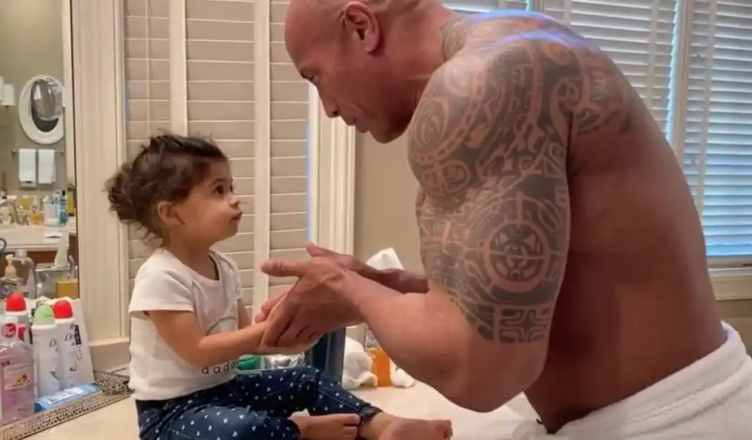 Dwayne “The Rock” Johnson uploaded a sweet video on Instagram showing him instructing his youngest daughter in a hand washing routine that was inspired by the Disney animated film “Moana.”

In the 2016 animated picture “Moana,” produced by Disney, the former professional wrestler and current actor provided the voice of Maui, the shape-shifting demigod. 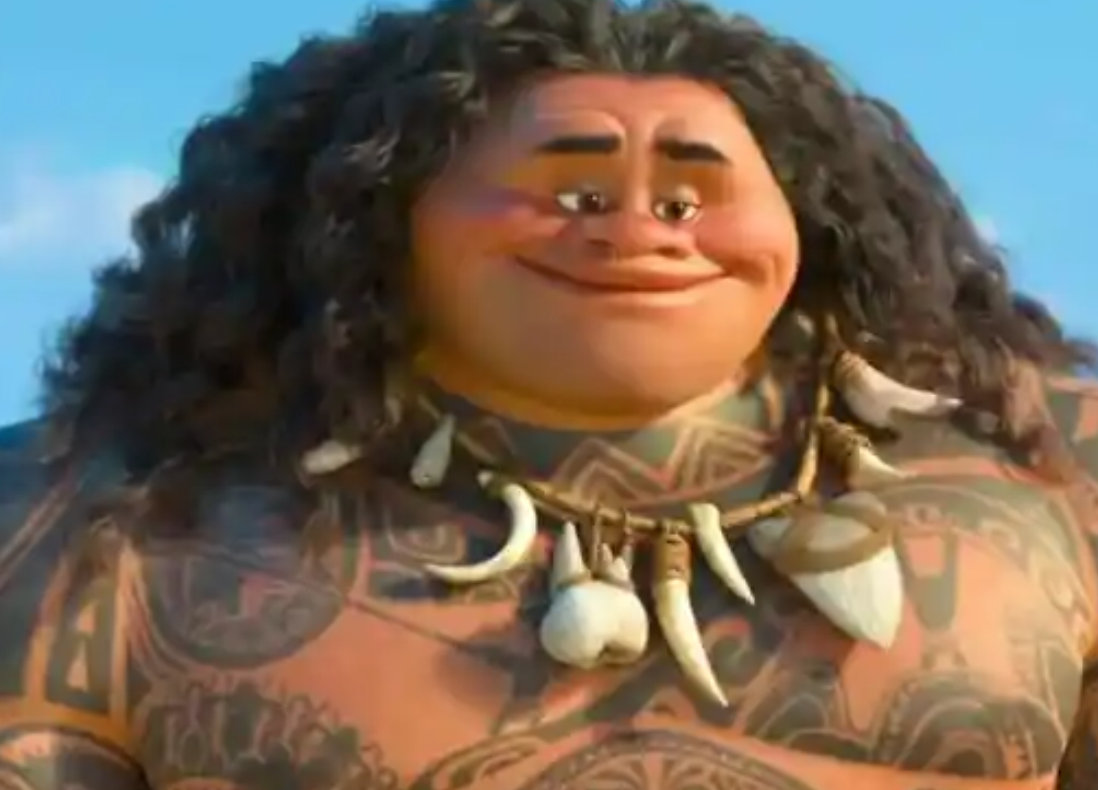 Now that there has been a pandemic, Johnson is instructing his daughter Tiana, who will be 2 years old shortly, on how to properly wash her hands the “Maui” way.

It is recommended by professionals that a person wash their hands for at least twenty seconds in order to eliminate bacteria and viruses. 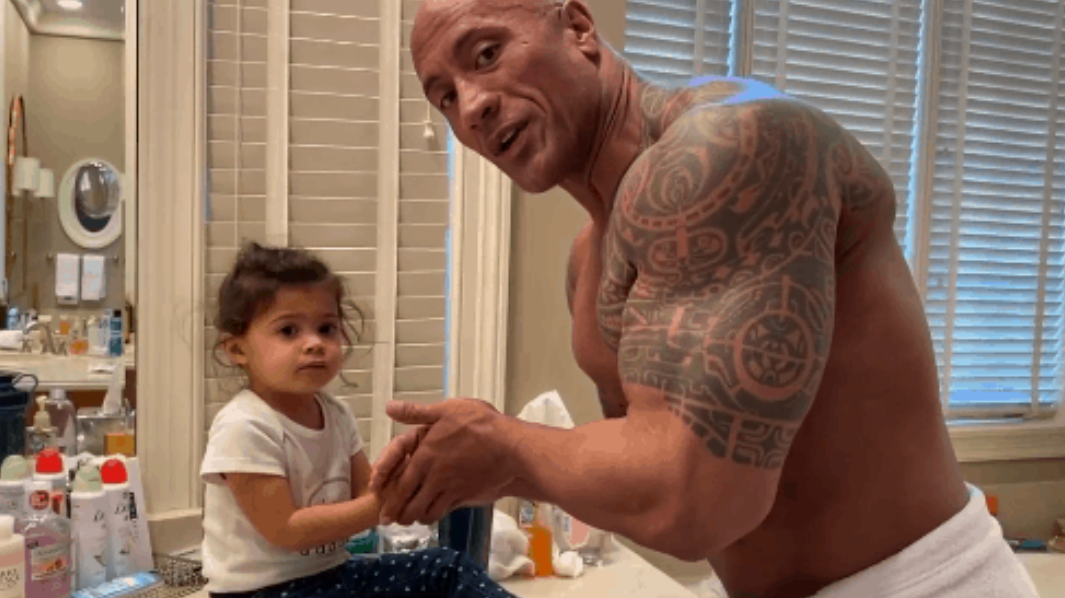 A plethora of songs, such as an updated rendition of “Baby Shark” and the time-honored standard “Happy Birthday,” have been popularized in recent years to encourage children to wash their hands for the full amount of time that is suggested.

However, rather of utilizing these songs, Johnson channeled Maui from “Moana” and washed his daughter’s hand to the melody of “You’re Welcome,” which is one of the song’s popular songs. 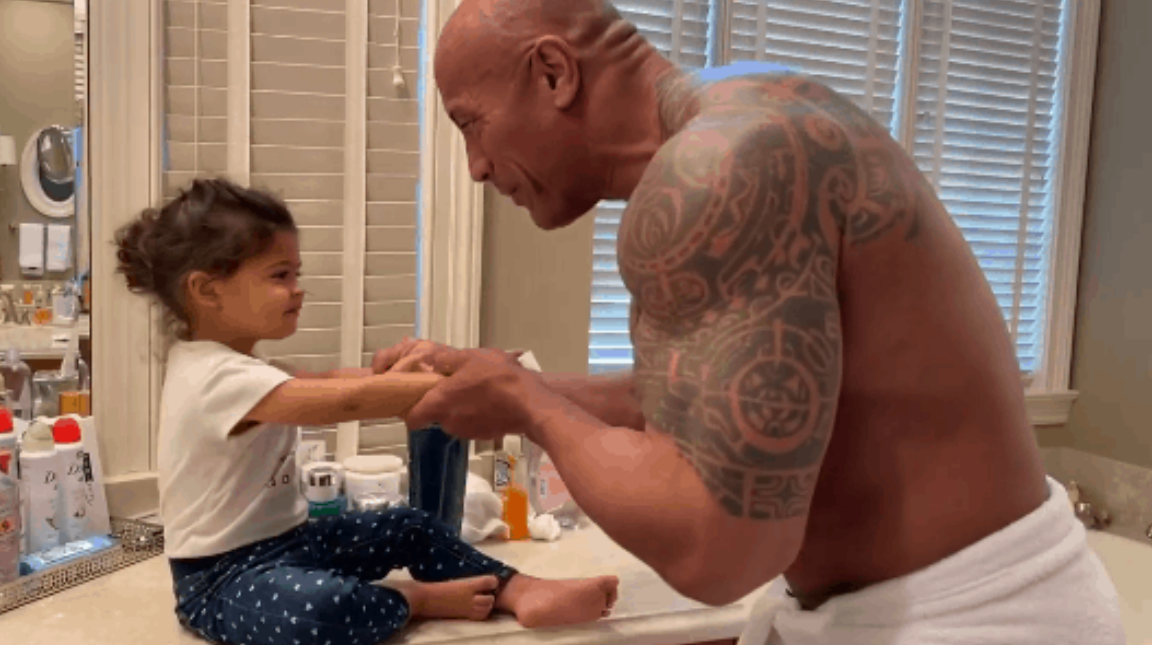 He sang, “Honestly, child, I could go on and on,” as Tiana attentively listened to him perform. “I have an explanation for every natural occurrence. Oh, the tide, the grass, and the earth! That was Maui joking around all by himself.”

The child couldn’t help but laugh every once in a while, showing that she was definitely enjoying this silly moment with her father as they washed their hands. 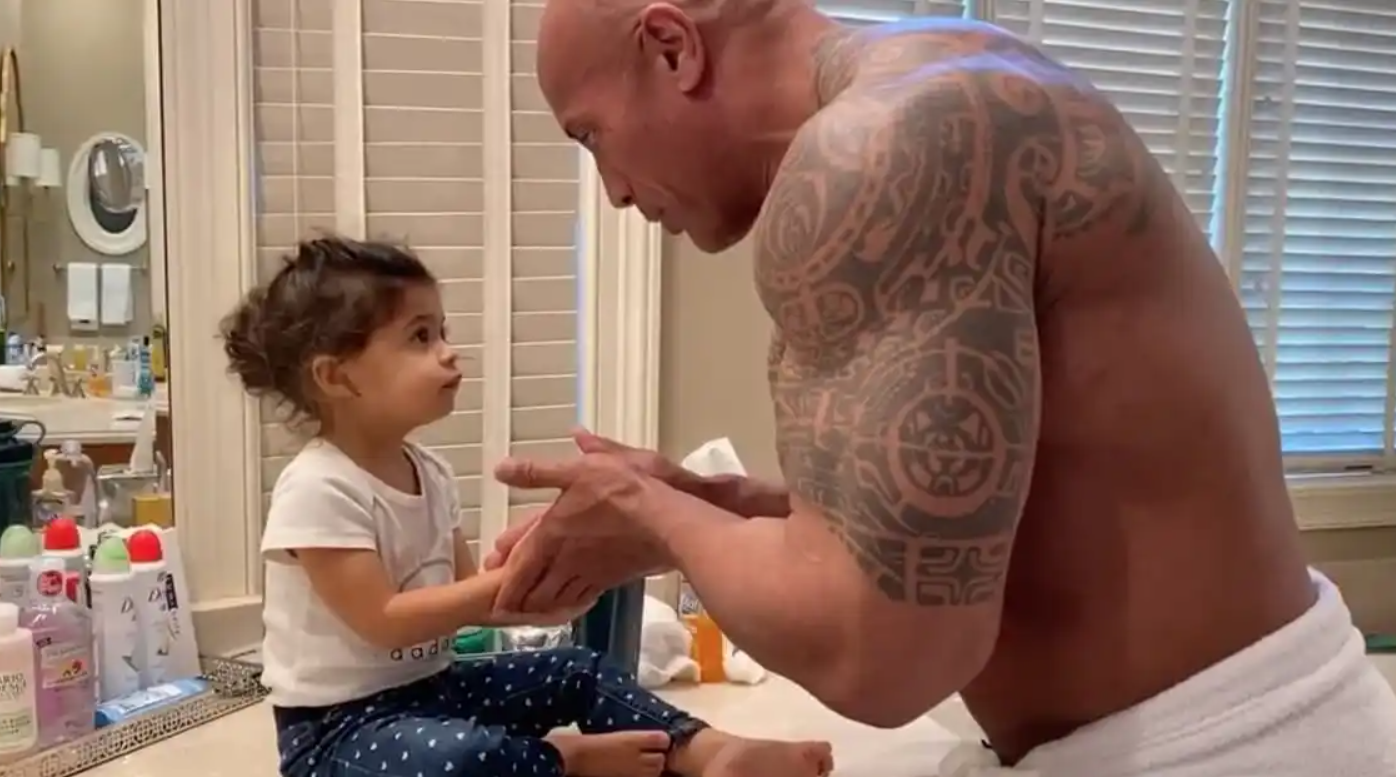 While Johnson was belting out the song, Tiana’s hands were being cleaned with soap lather by Johnson.

He continued singing until he reached the ideal point at which he could alter a lyric, and then he said, “The pandemic has got to go!”