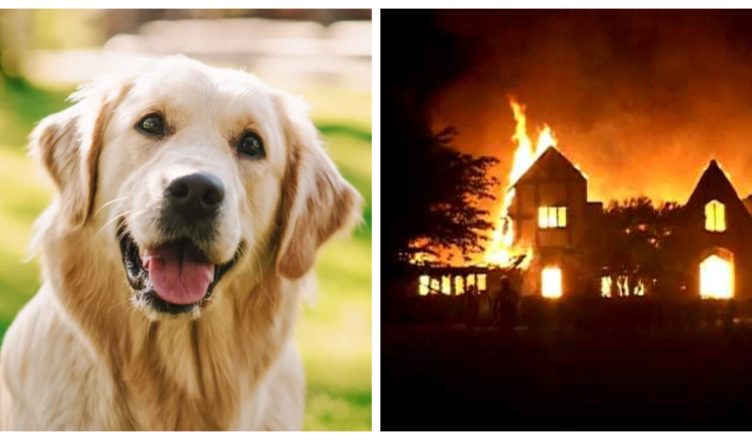 A stray dog warned family members in Big Stone Gap, Virginia, to a fire that had started outside their house on Thursday afternoon.

For some time, the dog, called Butter by Charity Golloway and her two children, had been wandering in the area of their residence. Butter was considered to be a stray, so the family constructed an outside shelter for him, complete with an electric light to keep him warm.

It was early Thursday morning when the lamp caught fire, and then the flames melted the vinyl siding of the family’s house. Butter alerted the rest of the family to the situation by climbing up to Galloway’s bedroom window and barking desperately.

“He had a sense that something wasn’t quite right and that someone needed to know,” Golloway said  “He’s a really intelligent dog.”

Golloway said that when she awoke to the sound of Butter’s barking, the fire alarms had not gone off.

“Who knows what may have occurred if it hadn’t been for him. As she put it, “It might have been a lot worse.” The stray dog that strayed into her yard has made a significant contribution to her life.

The heat from the fire cracked the glass in the front window, but her son was able to extinguish the flames with a garden hose

Volunteer firemen who came on the scene applauded Butter for his heroism and shot pictures of him, which were later posted online.

Apparently, a firefighter’s Facebook picture went viral, garnering the attention of a dog owner who identified Butter as their own dog Cooper.

Cooper’s owners have contacted Galloway, and it seems like Cooper will be returning home.